Alzheimer's Disease, Gender Differences and the Fear Of Inadequate Healthcare

How Far Spread Is Alzheimer's?

Of the larger number, 200,000 patients or 3.8% of sufferers are younger than 65. The youngest case I have seen is a 21-year-old male who suffered familial Alzheimer's - his entire family was at higher risk for the disease than was the general population. Younger cases are also called early-onset cases.

Healthcare experts in the dimentias forecast that these disorders will affect increasing numbers of people in the USA (perhaps 16,000,000 by mid-21st century, because the Boomer generation is aging. Despite all other causes, we know that if one lives long enough, Alzheimer's develops. Research hopes to change this fact through preventive measures.

Multi-Part Series on the Disorder

The largest percentages of patients in state populations are in the Western USA: Alaska, Washington, Oregon, Idaho, Montana, Wyoming, Nevada, Utah, and Colorado.

For sheer numbers of Alzheimer's sufferers, California is first and Florida is second in largest numbers.

According to the NIH and CDC, the highest rates of death that physicians and researchers attribute to Alzheimer's are found in these western states:

The role of nuclear testing in the 1940s to early 1970s in the Western United States has in the development of Alzheimer's is not yet considered specifically by research. However, we know that traumatic brain injury (TBI) increases the risk for this disorder and high radiation doses must surely be traumatic to the brain and nervous system. We know this to be true from the cases of tumors in spinal cords and other nerves, found of radiation victims of the recent past.. See the case of Tom Brokaw, cancer, and radiation exposure. 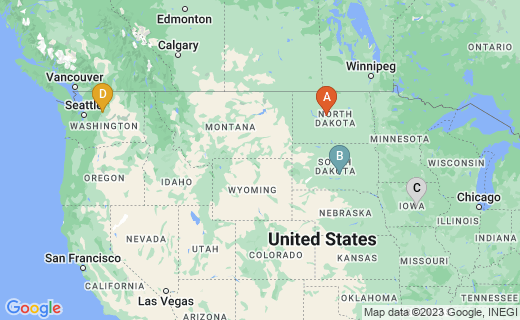 A Question for Alzheimer's Researchers

The results of looking at highest and lowest death rates for this disorder are rather startling. Why are the highest death rates located in four of the western United States? Researchers and their work might benefit by finding out what is occurring in those states that is different from the states with lowest death rates, the New England area states.

The first thing that comes to mind is nuclear testing of the past. The second item that provokes thought is the increasing amount of oil and natural gas extracting and refining going on in at least two of those high-death rate states: North and South Dakota.

North Dakota in particular, with the highest death rate in the country from Alzheimer's, is in an oil boom that is estimated to continue for decades. We have some good questions that could be asked: Does oil and gas refining in the state contribute to the death rate? Does this industry cause cancer in the same patients that have the dementia and then hasten death?

Hispanics are more at risk for developing the disease than are African-Americans (#2) and Caucasians (#3). Are these western states more populated with Hispanics and are those Hispanics more often exposed to the oil and gas industry (possible contributor), or to the known factors contributing to dementia?

Many questions might be answered that could advance the care and prevention of dementia in Americans.

Since women still live longer in the USA than do men as of the mid-2010s (averages ages 81 and 76, respectively, per the CDC and NIH), Alzheimer's is increasingly a disease of women, as are all diseases of old age.

The fastest increasing segment of the American population are the oldest-old females, ages 80+. Living long lives, they are at increased risk for contracting Alzheimer's and other dimentias.

Further, between 60 to 70% of all caregivers to these patients are also women and caregivers sometimes become sicker than are the patients.

Additionally, Alzheimer's spend a great number of years in nursing home and in otherwise running up large medical bills. The largest percentage of these patients are women.

Some fears in the general population run along the thread of thought that the healthcare system already treats women less fully and fairly than it does men and that this trend will increase. The fearful point to the numbers of women laid off from work at age 50, are unemployable thereafter, and become homeless. A fear exists that the rest of the population wants to eliminate women over 50 years in age. However, a similarly troublesome situation exists for Chinese women in their mid-to-late 20s.

Star Trek:TNG -- Half a Life

Half a Life
In this ST:TNG episode we see a planet on which everyone who lives to their 65th birthday much commit a ritual suicide for the good of society and conservation.
Buy Now

Some think that younger people want to eliminate older men entirely as well.

The media offers subtle propaganda such as the ST:TNG episode Half a Life that tells the story of a planet on which everyone who lives to their 65th birthday much commit a ritual suicide for the good of society. Logan's Run is worse - by law, no one could live past 21.

The most fearful persons suspect that older women (and some men) will be left to die in the back wards of the worst hospitals in our country.

The age difference in lifespan for American males (76) and females (81) is narrowing, largely because heart disease began affecting larger numbers of American women in the 2000s.

Concurrently with age gap shrinking in the 2010s, from 2020 through 1st QTR 2014, the number of males admitted to Alzheimer's type residential facilities, euphemistically called "memory care centers", increased by about 2%.

I am on the mailing list of A Place For Mom, which helps Seniors and their families find appropriate placements for senior citizens according to their functional abilities and overall health. That organization finds that a slight shift in placements of men have increased placements of men into memory care slightly and decreased them in assisted living a bit more than that, across the country. Men are thought to deny the disorder longer and refuse treatment for a longer period than do women, so their disease is likely at at more advanced stage on average when they do receive help.

Concern also has arisen that males with Alzheimer's can be more aggressive and act out more often than do females with the disorder. Because women make up the majority of caregivers (up to 75% of them by some estimates) for these patients, these women may be at risk for physical injury from these male patients at home and in medical or specialized residential facilities. 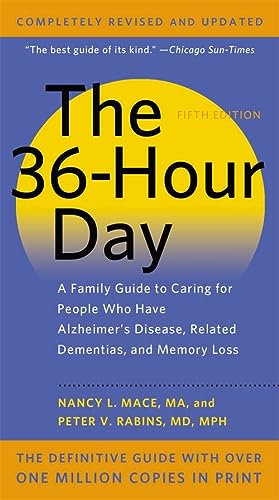 The 36-Hour Day: A Family Guide to Caring for People Who Have Alzheimer Disease, Related Dementias, and Memory Loss
Buy Now

Unpaid Alzheimer's care provided by women and few men has resulted in a cost equivalent to multiple billions of dollars USD across billions of man-hours. If the percentage and numbers of patients continues to increase and caregivers continue to become ill from related stresses, then the US may not be able to provide care for an estimated 16,000,000 patients in the year 2050. Additional research and early intervention must receive more focus.