Acupressure: What is this Alternative Medicine?

Acupressure, or medical massage, is one of the oldest healing traditions in the world.  It is estimated that this practice is 5,000 years old and predates the practice of acupuncture.  It is a Chinese healing art that uses the fingers and other parts of the body to apply pressure on certain points of the body.  These points are called potent or acupoints which, when pressed, stimulate the body’s natural self-curative abilities.  When the acupoints are pressed, they release muscular tension, promote blood circulation and promote and redirect the flow of Chi to support healing.  Unlike acupuncture, acupressure does not employ the use of needles but rather firm pressure working synergistically with therapeutic touch, bodywork, imagery, massage, somatic work and energy psychology.  It also has the advantage that one can give oneself acupressure relief when required. 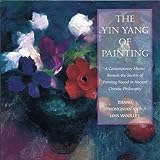 The Yin/Yang of Painting: A Contemporary Master Reveals the Secrets of Painting Found in Ancient Chinese Philosophy
Buy Now

How Does Acupressure Work?

Before we can begin to understand how acupressure works, we must learn how the human body works according to Taoist philosophy.

The human body consists of a complex highway of nerves, muscles and blood streams. In the same way, the body has flow of energy, or Chi (Qi) which supports its health. Chi is a universal life force and is responsible for all the processes in the human body. According to Taoism, Chi is described as the vibration of energy that runs through everything, all the time and at a basic level. It is found in all cultures and faiths. In Africa, it is known as “ashe”; in India, it is known as “prana” which means life or “shakti” which means energy or power; and in Japan, it is known as “ki”. As Chi is our life force, without Chi means death.

To understand Chi, we must understand the philosophy of Yin and Yang, which is a concept of interdependence between opposites. Yin represents the female, who is earth and is dark, passive and absorbing. Yin is represented by the tiger, even numbers and the color orange. She is associated with valleys, streams and broken lines.

The opposite of Yin is Yang. Yang represents the male, who represents heaven. As such, Yang is light, active and penetrating. Yang is represented by the dragon and the color azure. He is associated with mountains, odd numbers and a solid line.

Yin and Yang was an early attempt at cosmology and was possibly founded by Tsou-Yen (c. 305-240 BC).  The Yin and Yang School of Chinese Philosophy was founded based on the opposition of Yin and Yang as well as the doctrine of the Five Elements.  The Five Elements are Metal, Wood, Fire, Water, and Earth.  Combined, the result is an ordered cycle in the production of nature and history.

Now I Understand Chi. How Does Acupressure Work?

Acupoints are highly sensitive points on the body.  The points were traditionally mapped along meridians by practitioners and used for thousands of years.  There are twelve primary meridians that are symmetrical on each side of the body and each pair relates to a specific organ.  There are also two single meridians which follow the midline of body with one along the spine and the other on the front.

Meridians are the highway for the flow of Chi.  In a healthy person, the highway is not blocked, thereby allowing the Chi to flow freely without any obstructions.  In contradiction, a person with an illness or discomfort will have a point on the meridian which is blocked.  This obstruction prevents the flow of Chi to circulate properly.  The objective of acupressure is to remove the block and allow Chi to flow freely so that good health can be obtained. 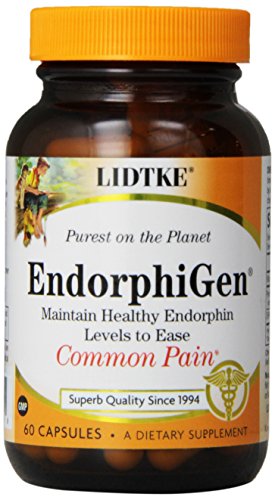 How Do You Scientifically Explain How Acupressure Works?

Even though Chinese practitioners have understood and accept that pressure on acupoints provide relief from pain and know that better health can be attained, the Western world tries to explain this phenomena through science.

Studies have been made on the effects of stimulating acupoints.  When an acupoint is stimulated, endorphins are released.  Endorphins are a chemical that is released by the brain, spinal cord and other parts of the body and acts as a natural painkiller.  Therefore, the stimulation of the acupoints causes our body to release endorphins, which help block the sensation of pain, which in turn, provides relief.  When relieved of pain, we relax and allow blood circulation and oxygen to flow through the affected areas more effectively, thereby resulting in relief of symptoms and better health.

Is Acupressure an Option for Me?

That choice is yours alone to make. Before making your decision, consider all options that are available to you. From that list, decide which options are most appealing. Narrow that list down to three. Then, research and learn about these options as much as possible. Research on-line, in the library, medical libraries, talk to people who are experienced in administering the treatment, join forums on-line and meet people who are or have taken the treatment, ask lots of questions, and join support groups. After a thorough investigation of each option, make your decision. Try the treatment for a short period and decide if it is working for you. If it is, then you’ve made the right choice. However, there are times when treatments won’t work for different reasons. If that happens, it’s justifiable to go back to your list, and try the second option that you have chosen. Sometimes, a decision does not have to be the final one.

How to Use Self-Acupressure to Immediately Relieve Back Pain 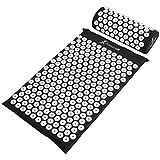