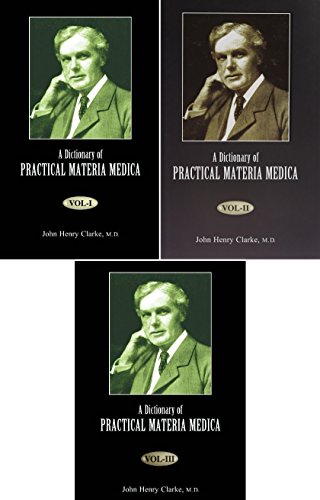 Arsenicum album is a great polycrest with many applications. White arsenic is, of course, poisonous in crude form but in homeopathic attenuation or potency, the tonifying and strengthening powers of this grand medicine come alive, as it were.

J. H. Clarke in his Dictionary of Practical Materia Medica tells us of how the Tyrolian dwellers of the Alps have in the past used up to six grains of crude white arsenic or the sulphide per day as a tonic to invigorate their muscles and breathing capacity and to enable them to withstand the strenuous conditions and laboring lifestyle of rugged mountain living. This is not a recommended practice, as I've said, arsenic is quite a poisonous metal and can kill rapidly and with much pain and anguish. Clarke speculated that the Tyrol were able to withstand and even benefit from these physical doses of arsenic because they were acting curatively and homeopathically to the general dyscrasia of the population imposed on them by the harsh conditions of life and their rugged lifestyle. Clarke adds that Arsenicum is a remedy indicated for the bad effects of feats of prolonged endurance. I would add to this that it is, more generally, a remedy for the bad effects of prolonged stresses of a weakening nature to the system such as malnution, a tubercular inheritance, prolonged neglect, poverty, poisonings from unclean food and drink, grief and need in general and from venereal taints and metalic poisons including mercury.

The general characteristics of a patient in need of Arsenicum are great weakness, anxiety, restlessness, fearfulness, burnings, dryness, emaciation, breathing difficulties or outright pneumonia. The physical and well as mental symptoms will be present where the remedy will do its powerful healing work: great fastidiousness, fear, restlessness and with a dictatorial, needy and clinging nature.

Today many cases are averted from an actual PCP illness through the use of prophylactic antibiotics. In addition, the use of antivirals and protease inhibitors have saved many from the grave, but in many cases that do not respond favorably to conventional therapy, where these allopathic medications are not available for one reason or another (usually economic and political) or for those who react badly to these medications, Homeopathic Medicine provides a viable alternative as indeed they do for those who prefer an holistic, natural and curative treatment rather than suppressive and chemical therapy which comes with a high price to one's health in the long term. Homeopathy is perfectly able to treat those with any disease, provided that a skilled and experienced Homeopath can be found to treat you. Homeopathy in the hands of the unskilled, untrained and uneducated is like playing with fire.

This simply emphasizes the need for many more fully-trained Classical Homeopaths. For the great majority of people, who neither understand how Homeopathy works nor how to go about finding a competent Homeopath, this is not a practical option. But, hopefully, with an increase in the number of homeopathic medical students and education and appropriate studies to show the public and the medical profession its efficacy, Homeopathy can and will offer a choice to the medical consumer as to how they wish to maintain and improve their health in the future. It's huge growth in popularity over the past several years fortells a time when allopathic and homeopathic medicine will be available to all, the individual possessing the right to choose the medical system which they prefer or a combination of the two or to choose other systems of healing entirely such as Acupuncture and Herbal Medicine.

When you first see an Arsenicum patient who is acutely ill, you will be impressed by the degree of weakness and yet restlessness at the same time. Their face expresses great anxiety and suffering. They have a plaintive and needy expression and indeed will demand what they need or want from you, sometimes to the point of irritating and alienating everyone around them. They are giving everyone orders and jobs to do. They are restless mentally and physically and wish to change beds, locations and positions and even try to get up when they are too weak to do so, frequently change their minds about all sorts of things, ask for one thing then another, et c. The patient is so needy and requires so much attention that you will frequently see several people waiting on the patient hand and foot, trying to put the person at ease by complying with their many demands. It usually fails to do the trick and the person continues to ask for more things to be done for him or criticizes what has already been done for them. Frequently they will burn people out and require new help new nurses and new friends to do errands and tasks for them, since they have usually burn out, underpaid, insulted or abused with harsh criticism those who have gone before them. They want you to straighten pictures on the walls or dust a favorite area of the house, run to the drug store for medications or implore you to do any number of things for them as they lay in bed very sick, directing and watching you.

As mentioned above, the Arsenicum patient is very concerned with his or her appearance at all times and takes great pains to make themselves look as good as possible despite their rather gaunt, drawn, anemic and pinched facial features. Appearances are everything to an Arsenicum and this is where the can develop a sort of plastic or fake persona.

The Arsenicum patient's demeanor is one whom few people would tollerate if it were not for the fact that the person was ill. These patients can be very difficult to treat due to the many difficult mental symptoms that they typically present, both chronically and especially in acute states. I have mentioned the extreme restlessness, anxiety and fearfulness already and these fears focus mainly arouond dying and losing material possessions, money and people they need. The Arsenicum patient is a very avaricious one, concerned with money and costs at all times. Also they have an extreme level of anxiety about their health and will go to great lengths to obtain many different types of herbs, drugs, supplements and even end up poioning themselves from taking too many things in an attempt to asuage their extreme anxiety, restlessness and fear.