Be Slim By Eating Good Carbs Instead of Bad Carbs

A Woman Eating Only Good Carbs and same woman eating the average diet.

Nourish Your Body Thin Instead of Starving Your Body Fat

Good carbs versus bad carbs is the most misunderstood subject in nutrition. There is a great deal of confusion among the experts. First I will provide proof that you can eat all the good carbs that you want (huge amounts) and still be slim, trim and slender. Links are in blue. You can right click the BACK button to see a menu of where to go back to.

First off I would not be a good example since I have always been slim and muscular like my mother. She used to do gymnastics and she teached ballet at Jouliard's school of performing arts in NYC. We could eat whatever we wanted with no chance of getting overweight. So I will use an example of a woman that was overweight, fat and had many health problems. Now she is slimmer and trimmer and neater and sweeter (she is in the pictures and she has many great videos on Youtube). Click on links under the pictures to watch the videos.

I decided to lead with an example or proof and then I will try to clear up the confusion. The woman in the pictures changed her diet to where she only ate good carbs. But she eats a huge amount of them. She consumes many thousands of calories and more food than any woman on the planet. Now you do not need to do that. I guess she is trying to make a point that calories do not matter. It is what you eat that matters or eating good carbs instead of bad carbs.

She eats all raw foods and 97% of that is raw fruit. She has been doing this for several years and even has a website about it. Now you can see in the before pictures that she is not like me. She can get overweight or fat. She lost 33 pounds. I have an article explaining why fruit is the healthiest food. She also had many health problems before the change in diet. Many gorillas and monkeys in the wild have a diet similar to hers. In fact all of the animals in the wild eat all raw foods with the exception of baboons.

Once I caught a group of baboons cooking and eating food when they thought that no one was looking. I am just kidding! That is humor therapy. So if people need to have some cooked foods then the animals in the wild would have never survived. The major concern with eating raw food is getting enough calories. Fruit can help with that.

It is not uncommon for this woman to eat 30 bananas in a day, just like a minkey would do. In the Pink Panther movies, Inspector Clouseau pronounces 'monkey' as 'minkey'. I calculate that 30 bananas is about 3,150 calories. One time she ate a 21 pound watermelon for breakfast. I calculate that it has about 3,000 calories. Please note again that you do not need to eat this much food.

I know a great deal about fasting and even though I was never overweight I have fasted on nothing but pure water for 22 days. Being overweight is a health problem. The more overweight you are, the bigger the health problem. Make sure to look at Before and After pictures of Megan Elizabeth. You can click on her link to read more about her story.

When the body is healthy, if you are eating very little food then it can have a slow metabolism which is like a car that is more efficient and gets more calories per gallon. If you eat a huge amount of good carbs then your body will have a faster metabolism. It also depends on activity. A lumberjack (cuts down trees with an axe) will need more calories than a truck driver who just sits while doing his work. Note that the foods that she eats contains no salt. I have an article explaining how salt makes you overweight.

Many months ago I read that Dr Oz suggests that people eat foods without an ingredient list. That would mean to avoid processed food. That is great advice since nature or God makes the healthiest foods. God or nature does not need your money. But the people who make food need your money. So as a sound and good business principle they make the food so it will be very addictive and make you much fatter so you will eat more. For more on this see The Ferengi Rules of Acquisition.

You can take wheat, salt and a few other miner ingredients and make little pretzels that are addictive. So that is one example of a processed food and a bad carb. Two nights ago, Dr Oz said on his TV show that you should eat complex carbs to lose weight. This is a really stupid thing to say. Why? Now one thing about that is that he did not say anything about simple carbs. So now you have to deduce his implication.

If he felt the same way about simple carbs then he could have just said carbs. So it is implying that simple carbs are not good for you. It would be like saying to your kids "make sure to play with white kids." So this is an implication that they should not play with non-white children, but he never actually said that. Many people get mixed up on what simple and complex carbs are.

Experts are constantly making mistakes about simple and complex carbs. Here is just one example of many. I found this quote of Ernest Schaefer, MD, USDA Human Nutrition Research Center on Aging at Tufts University on 7 different websites:

If I had to tell people just one thing to lower their risk of heart disease, it would be to reduce their intake of foods of animal origin, specifically animal fats, and to replace those fats with complex carbohydrates--grains, fruits and vegetables.

Doctors are not taught much about nutrition but when they learn about nutrition, they are very good at it since you have be very smart to be an MD. A fruit is a simple carbohydrate. As soon as someone mentions a simple or complex carbohydrate for nutritional advice (not teaching nutrition), then you know that they are confused. There is no need to distinguish them since there are good and bad ones of each.

Now I understand this, but why even get into this complicated mess unless you are studying nutrition in school. The next thing you know you have people talking about things that do not actually exist but they are very confused and you can find them on the internet. For example simple and complex grains, whole and refined starches, single and double carbohydrates and simple and complex sugars. Go ahead! Do a search for "simple sugar" and see what you find.

You have whole grains as they exist in nature. But man takes off the outer part that has most of the fiber and nutrition and then it is a refined grain. So what is a starchy sugar. I just made that up! But a search shows a site saying "Cauliflower - A peppery and buttery carrier of starchy sugar." Another site says under disaccharides-- "maltose is a starchy sugar." Now the above is something that a nutritionist learns but has nothing to do with losing weight.

That's what will happen on April 4th, 2012, when the Whole Grains Council holds its first-ever Whole Grain Sampling Day. Our goal, at the end of the day, is to have people everywhere saying, "That was great! Where have you been all my life?"

McDonald's [one of many] – which uses the Whole Grain Stamp to promote its growing number of whole grain options – will be sharing information about whole grains on April 4.

Now Dr Oz did say the old myth on his show. Complex carbs enter the blood slowly since it has to be broken down into a sugar or simple carb so it can enter the blood. This is like saying that Obama is president since Romney did not drive around with his dog on the roof of his station wagon. Romney did drive around with his dog on top of his station wagon and did not know that it was against the law in Massachusetts.

So here is question for you. Is sugar healthy or not? The first thing is to find out what a sugar is. Sugar-1a is a sugar added to a food making it a processed food. Sugar-1b is the sugar already in foods. So sugar-1a is not healthy and sugar -1b is healthy. Here is another simple question with a complex answer. Is self-esteem good or not. Gloria Steinem has a great book all about it. Actually her book. Revolution from Within : Book of Self-Esteem, is about self-esteem-1. See, the dictionary uses numbers for the different definitions of the same word. Self-esteem-1 is good and self-esteem-2 is bad. An example of the first one is Mahatma Gandhi and an example of the second one is Adolf Hitler.

The second book is about losing weight by an M.D. (Joel Fuhrman M.D.) that is an expert on eating and being healthy and fasting. It is not as extreme as the woman but she does have a great point. Eat all the raw fruit that you want to. For better digestion eat the fruit first on an empty stomach and wait 15 minutes and then eat the other food. Fruit is pre-digested and does not need to digest so it passes right through the stomach.

There is a Hallelujah Acres Diet. It is 85% raw foods and 15% healthy cooked food at the end of the day as a reward. They found that it is as healthy as all raw food and much easier to follow. They have some extremely amazing testimonials on it. The easiest diet to follow of these is the one by the M.D. It promotes a nutrient dense diet. The author created the ANDI scale of foods that Whole Foods markets uses. The following video has Dr Oz saying that this author (Fuhrman) knows more about eating to be thin than anyone.

He lists the good carbs to eat like fruits, vegetables, whole grains, nuts, seeds and fungus (mushrooms). He created an acronym for the foods that are great for healing health problems. It is called GOMBBS-- greens, onions, mushrooms, berries, beans, nuts and seeds. Note that all of these can be eaten raw. The beans can be sprouted before eating them and they are crunchy. Raw foods are also called living foods since they are alive when you eat them.

M.D. talking about book Eat to Live and how it makes you healthy and thin. Dr Oz calls this a medical breakthrough. 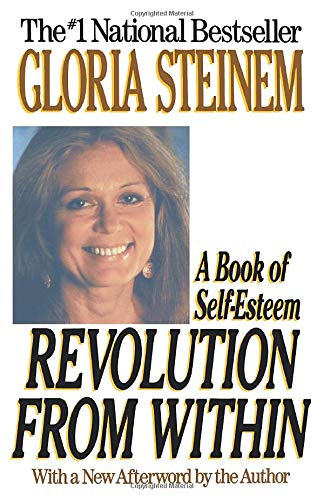 Revolution from Within
Buy Now