Breast Cancer Awareness Month and Things We Can Do In Support

As October is just around the corner, my FB inbox is getting filled up again with messages from women friends asking me to update my status which of course keeps a lot of men friends guessing what’s with the intriguing status. Who wouldn’t be with such a status as this?

With a status like that everyone would be wondrin if I am pregnant. The past year I have put the colour of the bra I was wearing and got a lot of messages asking why women they knew had a color for a status. Then there was the controversial one which raised a lot of eyebrows when millions of female user across the world updated their status with 'I like it on ...' and ending it with ‘couch’, ‘floor’, ‘kitchen counter’ and other locations. Of course almost everyone was giving it a sexual connotation when in fact it was ‘where we put our handbag the moment we get home’. After that came the drink that represented the moment you are currently going through with your relationship. And then the latest one that came to my inbox.

This craze which has even made it to the news is an unofficial campaign aimed at raising the awareness for breast cancer. While it has been really successful as a viral marketing some groups though questioned whether it was really effective and how it helps in the campaign.

We have to admit that the viral campaign has raised the awareness and consciousness of women on the issue but some groups believe that it should be taken to another level. By simply having it as meme creates the buzz and hype that an issue needs but then it can be also be directed into another level by encouraging them to become more involved and by taking action.

The Campaign That Went Viral

As October draws near we can expect not only the controversial FB status update but also the pink ribbon which is the international symbol of breast cancer awareness. It can be on a blog, on a Twibbon, and many other ways that can express the wearer’s or the person’s moral support for women with breast cancer. According to Wikipedia ‘the pink ribbon represents fear of breast cancer, hope for the future, and the charitable goodness of people and businesses who publicly support the breast cancer movement. Since then it has been like a call to action for women all over the world - no matter the color, race or age – to unite against this disease.

The pink ribbon was actually first used in connection with the breast cancer awareness in the fall of 1991 New York Race for breast cancer survivors when the Susan G. Komen Foundation handed out pink ribbons to the participants. Since then it has been adopted as the official symbol of National Breast Cancer Awareness Month. It has become the primary symbol of Pink Ribbon International. Tthe most widely known and largest and best-funded breast cancer organization in the US Susan G. Komen for the Cure trademarked a ‘running ribbon’ or a pink ribbon that resembles a runner in motion as their logo which reflects the importance of their signature Race for the Cure event as well as their promise to promise "to end breast cancer forever.” 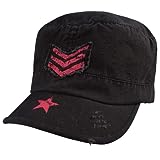 Wearing a pink ribbon is not the only way. Educating loved ones, family, friends and colleagues about the need for screening should be our priority. If you are a woman, reading this hub right now, schedule your screening test if you have not done it yet because getting a regular screening test is the best way that women can lower risk of dying. Early detection of breast cancer can improve the odds for survival because it is at this point when it’s most treatable. The smaller the breast cancer found, the better chance you have for surgical cure and less likely to have spread to lymph nodes and other organs.

Breast cancer is the second leading cause of death from cancer in American women.

Estimated new cases and deaths from breast cancer in the United States in 2011:

It is recommended that if you are in your 20s and 30s without known breast risk factors, a clinical breast exam by a health professional should be part of your regular health exam once every three years. Risk factors are those that increase your chances of getting the disease though we have to emphasize that having risk factors does not mean that you will get cancer. And not having risk factors does not guarantee you not getting cancer so discussing it with your doctor and asking them about breast cancer screening is best. It is recommended by the American Cancer Society that women at average risk should have a yearly screening beginning at age 40. Although the U.S. Preventive Services Task Force recommends routine screening mammograms every two years between ages 50 and 74.

A clinical breast exam is an exam of the breast by a doctor or other health professional. The doctor will carefully feel the breasts and under the arms for lumps or anything else that seems unusual. It is important to know how your breasts usually look and feel. If you feel any lumps or notice any other changes, talk to your doctor.

Screening with mammography is the most popular screening test for breast cancer probably because it is the least costly but then again its sensitivity is not so ideal and a normal mammogram does not completely rule out the possibility of breast cancer. The process as well as the hospital medical equipment used for screening tests is different from the medical equipment for diagnostic tests. Screening tests are used to indicate the probable presence or absence of a disease and does not present the symptoms so it must be capable of fast processing though not as precise. Diagnostic hospital medical equipment on the other hand is used for quantitative physiological measurements that confirm and determine the progress of suspected disease or condition so it needs to be precise. Diagnostic mammography is usually more time-consuming and costly than screening mammography because it takes additional views of the breast in order to pinpoint the exact size and location of breast abnormality and to image the surrounding tissue and lymph nodes.

It should also be noted that screening tests have their own set of risks and one of them is the fact that it may not help you if the cancer has already spread and it will not help you live longer. The risks and benefits of screening may be different for different groups of persons and results thus could vary.

While mammography together with physical breast examination remains to be the usual choice for screening there are also alternative technologies undergoing considerable research.

Breast MRI or Magnetic resonance imaging is captures multiple pictures of the breast and when combined with the use of computer can generate detailed pictures. This is done when the doctor needs more information which cannot be provided for by a mammogram, ultrasound or a CBE including when the woman has a high risk of breast cancer.

Breast thermography is a diagnostic procedure using digital infrared thermal imaging. It makes diagnostic-quality images of the breasts’ radiant infrared to detect cancer. This is considered one of the medical products or a tool that women can add in the regular breast health medical regimen and check-ups as an adjunct to mammography since mainstream medicine still needs to validate thermography scientifically.

Molecular breast imaging (MBI) is a said to be a new technology used for breast imaging by identifying tumors in dense breast tissue that most often are not visible with hospital medical equipment like x-ray based analog or digital mammography.

Now while we enjoy updating our status and creating a meme for breast cancer awareness, let us all take it a little bit higher by getting involved. There are now so many activities where we can show our support, not only by wearing a pin or a pink ribbon, but by taking the time to study whether what you are buying makes an effort to give a portion of it for research on breast cancer or by participating in the walk sponsored by different organizations like Avon Walk For Breast Cancer In IT To End IT, Susan G. Komen for the Cure Race for the Cure event, and many more.

But most importantly, make sure you take extra care of yourself or your loved one by discussing screening tests with your doctor and remember, early detection saves lives. Follow the recommended guidelines by the American Cancer Society for early detection of breast cancer especially if there is a history in your family so you can begin at an earlier age.