Cashew or Kaju, known botanically as Anacardium occidentale, is a useful tropical tree as different parts of it are used either individually or collectively to treat several diseases. Cashew is beneficial not only due to its medicinal properties but also for its nutritional richness since cashew is packed with soluble dietary fiber, minerals, vitamins and antioxidants.

Besides being a common ingredients of savory dishes worldwide due to sweet and delicious taste, It's a good source of energy too.

Health benefits of cashews are mainly due to presence of various health promoting photo-chemicals, monounsaturated fatty acids (MUFAs), essential minerals and vitamins. MUFAs like oleic and palmitoleic acids help to prevent coronary artery disease by lowering harmful cholesterol and improving good one.Most of the fat present in Cashew is in the form of oleic acid that helps improve good (HDL) cholesterol.However, presence of saturated fats may increase cholesterol in susceptible individuals. 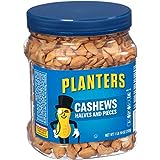 Presence of some photo-chemicals render protection from various diseases.Cashew contains flavanols such as proanthocyanidins that help protect our body from cancer stopping multiplication of cancer cells and starving tumors.

Essential minerals like potassium, manganese, copper,iron, zinc and selenium function as co-factor for particular antioxidant enzymes that regulates various biochemical process for maintenance of good health and development. Copper and magnesium are useful particularly for strengthening the bones.

Whole Plant: In Panama, people suffering from hypertension drink hot water extract of entire plant. They also use it as a diuretic.

Leaf: Fresh leaves are collected, cleaned with water and dried. Dried leaves are boiled with water to make hot water extract and administered orally for curing various ailments in Brazil and Thailand (diabetes), Tanzania ( diarrhea) and externally to wash ulcers in West Indies.

Bark: Hot water extract of the bark is used to treat amenorrhea in Haiti.

In other African countries, water extract of the bark is taken orally as antidysenteric, hypotensive and hypoglycemic (in Madagascar).

In Panama, hot water extract is used externally as an anti-inflammatory agent. People consume it orally to treat diarrhea in Panama and Senegal.

Hot water extract of both ripe as well as unripe fruit and also of dried kernel is used to treat several ailments in different countries.

Indians use hot water extract of the dried kernel as an aphrodisiac while decoction of dried kernel is used for diabetes mellitus in Europe.

Seed: Seeds are consumed orally in Colombia as aphrodisiac (to increase sex desire) and to cure the impotency whereas in Cuba, seeds are first toasted and then their powder is mixed with sugar to be consumed as an aphrodisiac. Indians also use dried seeds orally as an aphrodisiac.

Hot water extract of the seed is used orally in Peru as antidysentric, antihemorrhagic, purgative and respiratory stimulant, and used externally as anti-inflammatory.It is a common practice in Peru to use hot water extract of seed for cure of warts.

People in West Indies treat uterine disorders with juice of the seed. The juice is taken orally for this purpose.

In Ghana, extract of dried fruit prepared with hot water is used as a wash to treat yaws. Exudate of fresh pericarp is used externally as an emollient for chilblains and also as an insecticide to prevent termite attack in India.

In Senegal, Hot water extract of the cashew nut fruit is used together with Securinega virosa as an aphrodisiac. It is believed that throat pain gets relieved if fruit is consumed empty stomach as it's a common practice in Panama.

Hot water extract of dried fruit is used both orally as well as externally in Peru. It is used orally as antidysenteric, anti-hemorrhagic, purgative and respiratory stimulant whereas externally it is used for treatment of warts and inflammation.