Breast cancer kills too many people every year. Women, men, even children.

As it is often said (paraphrased), "If we can put a man on the moon, then why can't we find a cure for the common cold and breast cancer?

Ohio may be behind 41 other US States in job development (according to Ohio gubernatorial candidate John Kasich), but it is pushing to the fore in Breast Cancer Research. Columbus Ohio and The Ohio State University Comprehensive Cancer Center - Arthur G. James Cancer Hospital and Richard J. Solove Research Institute are the leading heroes in this action.

ATTACKING THE MOST DEADLY DISEASE

Our cancer researchers at The Ohio State University have undertaken to examine and find ways of eradicating one of the most aggressive types of breast cancer, one that is particularly difficult.They have chosen one of the worst forms of the disease and intend to successfully combat it.

A new clinical trial (experiment involving treatment) is ongoing at this time at OSU. The trial includes extensive lab research to determine and extract methods and medicines that will successfully treat what is known as the deadly triple negative breast cancer. OSU reports that this type results in 15% of total cancer cases nationwide.

Whom does triple negative breast cancer affect most often? --

...and their prognosis is usually poor upon detection of this form of the disease. OSU cancer professionals plan to change that status. This cancer is so difficult to treat, because it often does not respond to any treatments we have to offer at present. Something must be done. we do not often think of young women - even a few children and even men - developing breast cancer, but they do.

Our OSU researchers and medical professionals are recruiting patients for 2 different triple negative breast cancer treatment trials in October 2010, as announced by the National Cancer Institute. The trials reportedly go beyond chemotherapy to include inhibitors to block the actual growth of cancer cells.

What is a PARP Inhibitor?

Do you are someone you know have or suspect triple negative - or any - breast cancer?

If you wish to have more information about the Triple Negative Breast Cancer clinical trial at the Ohio State University, please call the number below: 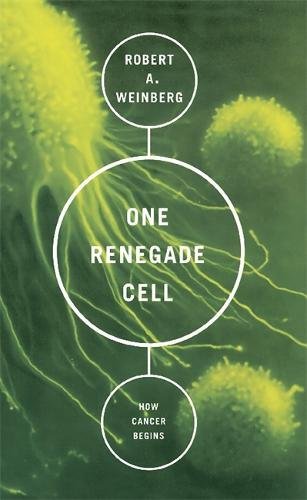 More about The James

The well-known magazine, U.S.News & World Report, ranked The Ohio State University James Cancer Hospital and Solove Research Institute as Number 19 in the list 50 Best Hospitals in America for cancer care. 2010 was the 10th straight year that The James was listed in the Top 50.

OSU's is one of America's very first comprehensive cancer centers, out of 40 existing centers in 2010. It concentrates on cancer prevention, diagnosis, treatment, control, rehabilitation, and education of the patient, family, healthcare professionals, and general public. Some think that only doctors work at The James and OSUCCC, but are surprised to learn that people from 12 separate colleges of the university work in cancer research to help stop cancer and aid patients.The veterinary college is involved as well as the medical school and, actually, a full 2/3 of the university colleges are working together on the cancer problem at the OSUCCC.

Thus far, 6 research programs are ongoing at the OSUCCC. These include genetics, immunity, disease and survival, new therapies. bioengineering, and a concentrated program in examining viral causes of cancer.

The Pelotonia is local and growing bicycle tour developed in Columbus specially to end cancer. 100% of every dollar raised goes to research. See PELOTONIA.

A yearly summer black tie ball called Up On The Roof is held in the new Ohio Union building on High Street at the Ohio State University. It takes place in the Archie M. Griffin Grand Ballroom and terrace. All proceeds go to cancer care and research and the OSUCCC.

Other fundraisers and endowment funds collect donations in honor of current and former patients at The James.