Researchers have recently discovered that drinking a cup of hot chocolate before meals may actually diminish appetite.

That's the news I have been waiting for!

I have always been a firm believer in the health benefits of chocolate. I was a believer even in the good old days when chocolate wasn’t considered “good” for you. The myth surrounding chocolate has always been if it tastes so good, it must be bad for your health.

Do you want to be thinner? Eat or drink this before dinner!

Regardless, the four basic food groups, to me, have always been: milk chocolate, dark chocolate, white chocolate and chocolate with nuts. (There are some fanatics who say, forget the nuts, they just take up space where chocolate ought to be.)

But I’m not the only one who believes in the merits of chocolate. Here are some quotes from famous and infamous people who are also chocolate-lovers:

Happiness is finding another turtle (a milk-chocolate candy with pecans and caramel) still in the box. – Katherine Hepburn

Some people believe that carob, a brown powder made from the pulverized fruit of a Mediterranean evergreen, is an adequate substitute for chocolate. Why? Because when carob is combined with vegetable fat and sugar it can be manufactured to approximate the color and consistency of chocolate. Of course, the same argument can be made persuasively in favor of dirt.

I’m just starting to scratch the surface of what women really want. I don’t know, but the answer probably lies somewhere between chocolate and conversation. – Mel Gibson.

Have you heard about the 12-step chocoholics program:?

If some confectioners were willing, To let the shape announce the filling, We’d encounter fewer assorted chocs, Bitten into and returned to the box. – Ogden Nash

Superior strength is the ability to break a chocolate bar into four equal pieces with your bare hands - and then eat just one of the pieces.

Have you heard the story about this guy who found a bottle floating on the ocean. He opened it and out popped a grateful genie who gave him three wishes. The guy wished for a million dollars, and poof! There was a million dollars. Then he wished for a Lamborghini convertible, and poof! There was the convertible. And then, he wished he could be irresistible to all women... poof! He turned into a box of chocolates.


Why use cartridges in battle? I always carry chocolate instead. – George Bernard Shaw

I don't understand why so many "so called" chocolate lovers complain about the calories in chocolate, when all true chocoholics know that it is a vegetable. It comes from the cocoa bean, beans are veggies, 'nuff said.

… the taste of chocolate is a sensual pleasure in itself, existing in the same world as sex … for myself, I can enjoy the wicked pleasure of chocolate … entirely by myself. Furtiveness makes it better. – Dr. Ruth Westheimer

Seen recently on a tee shirt ~ EMERGENCY ALERT: If wearer of this shirt is found vacant, listless, or depressed, Administer CHOCOLATE Immediately!

Life is like a box of chocolates – you never know what you’re going to get. – Forrest Gump (portrayed by Tom Hanks)

If life is like a box of chocolates, then it’s time for me to buy another box; I seem to have already eaten all the good ones!

I have this theory that chocolate slows down the aging process . . .

Nobody know the truffles I've seen!

Caramels are only a fad. Chocolate is a permanent thing. – Milton Hershey (founder of the Hershey company)

Put "eat chocolate" at the top of your list of things to do today. That way, at least, you'll get one thing done.

In the beginning, the Lord created chocolate, and he saw that it was good. Then he separated the light from the dark, and it was better.

All I really need is love, but a little chocolate now and then doesn’t hurt. – Charles M. Schulz (Lucy in the "Peanuts" comic strip).

All of the evil that people have thrust upon chocolate is really more deserved by milk chocolate, which is essentially contaminated. The closer you get to a pure chocolate liquor (the chocolate essence ground from roasted cacao beans) the purer it is, the more satisfying it is, the safer it is, and the healthier it is. – Arnold Ismach (scientist)

Researchers have discovered that chocolate produced some of the same reactions in the brain as marijuana. The researchers also discovered other similarities between the two, but can't remember what they are. – Matt Lauer

Exercise is a dirty word ... Every time I hear it, I wash my mouth out with chocolate.

I could give up chocolate but I'm not a quitter.

Put the chocolate in the bag and nobody gets hurt.

A chocolate in the mouth is worth two on the plate. 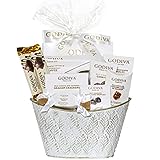 If it ain't chocolate, it ain't breakfast!

Forget love-- I'd rather fall in chocolate!!!

Chocolate - The breakfast of champions!

A balanced diet is chocolate in each hand.

Chocolate doesn't make the world go around ... but it certainly makes the ride worthwhile!

Man cannot live on chocolate alone; but woman sure can.

Everything I eat should contain either garlic or chocolate, but preferably, not both.

Nobody knows the truffles I've seen!

Latest findings about the health benefits of chocolate

> Cacao, the source of chocolate, contains antibacterial agents that fight tooth decay. Of course, this is counteracted by the high sugar content of milk chocolate.
> The smell of chocolate may increase theta brain waves, resulting in relaxation.
> Chocolate contains phenyl ethylamine, a mild mood elevator.
> The cocoa butter in chocolate contains oleic acid, a mono-unsaturated fat which may raise good cholesterol.
> Men who eat chocolate live a year longer than those who don't. No statistics available concerning women.

> The flavenoids in chocolate may help keep blood vessels elastic.
> Chocolate increases antioxidant levels in the blood.
> Mexican healers use chocolate to treat bronchitis and insect bites.
> The carbohydrates in chocolate raise serotonin levels in the brain, resulting in a sense of well-being.
> Chocolate does not make you 'high'. You would need to eat a huge quantity – about 25 pounds at one sitting – to feel any noticeable effect.

Simply put ... everyone has a price. Mine is chocolate!

Copyright BJ Rakow 2010, 2011. All rights reserved Author, Much of What You Know about Job Search Just Ain't So