Factor V Leiden and Hypercoagulation, A Cause of Multiple Miscarriages, Blood Clotting, and High Risk Pregnancy

Pregnancy can be affected by and can cause hypercoagulable states (times when the blood can clot more easily). In order to have a healthy pregnancy the body must keep a careful balance between clotting and bleeding. Hormones that help out pregnancy also increase the risk of clots.  The risk of blood clots increases 4-6 times during pregnancy.  1 out of 1,000 women may experience a clot due to pregnancy.  It is believed that clots account for 11% of all maternal deaths in the United States.1 This page will address some of the concerns that may arise during pregnancy.

A book on miscarriage and thrombophilia 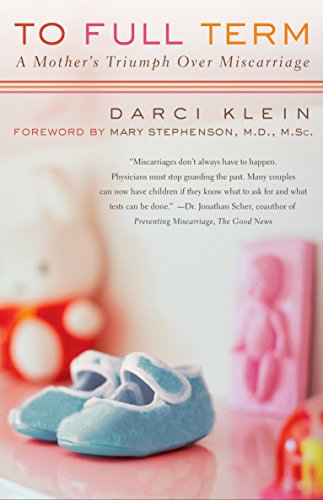 To Full Term: A Mother's Triumph Over Miscarriage
Buy Now

How does clotting affect pregnancy?

Clotting can cause many problems during and soon after pregnancy.  Some of the risks of hypercoagulation are:

Due to the increased risk of clotting, some doctors will recommend that women with clotting conditions or thrombophilia avoid pregnancy.  The good news is that typically a woman can carry a pregnancy to term safely as long as she is monitored and receives medical care appropriate for high risk pregnancies and clotting.

Effects of thrombophilia on pregnancy

Often the way thrombophilia is discovered is when someone experiences recurrent pregnancy loss.  If a woman has lost 3 or more pregnancies the OBGYN will likely order blood tests to check for clotting disorders.  In particular, many doctors order a Factor V Leiden test.  The best test for FVL is a genetic test.  If FVL or another blood clotting disorder or condition is found, it is likely that the drug Lovenox or another low molecular weight heparin will be prescribed.

As clotting increases during pregnancy, individuals with thrombophilia need to be proactive in preventing clots. Even if a patient has not been on anticoagulation therapy before pregnancy, this therapy should be strongly considered throughout the pregnancy. Warfarin/Coumadin is not safe for a fetus. Medications other than warfarin must be used. One of the most common medications to be used is Lovenox. Lovenox is a low molecular weight heparin. LMWHs do not cross the placenta and are safe in pregnancy. Lovenox actually helps the pregnancy by preventing miscarriage and other pregnancy risks. Doctors will typically carry this treatment out 6 weeks past delivery. Depending on the clotting condition, doctors may also add aspirin and B-vitamins.

It is important that Coumadin/warfarin is NOT used in pregnancy.  It is known to affect the pregnancy and will harm the baby.  A doctor can help to choose another medication for the pregnancy period such as Lovenox.  Coumadin appears to be safe with breast feeding.  Talk to your doctor to see what to use while pregnant, what to use immediately before delivery, and what to use when breastfeeding.  Remember that the postpartum period might be safe for your baby, but, you are still at risk.  Discuss continuing medication for a number of weeks past the delivery.

Some doctors will panic when they discover a patient has Factor V Leiden or another thrombophilia. While on support groups, I have heard participants note that their doctors have told them that "under no circumstances should they become pregnant" or that "pregnancy is too risky and can not be safe". Remember that FVL and many other thrombophilias are genetic. Those of us with Factor V Leiden had a parent with Factor V Leiden. It is estimated that 5%, or, 1 out of every 20 Caucasians have FVL and that between 1 in 50 and 1 in 100 people of other ethnicities have FVL. That is only one of the types of thrombophilia. If all of the types of thrombophilia were accounted for, think how many people would have some type of clotting condition! Pregnancy is possible. You are not alone. There are people who can help you!