The mention of September 11 will bring terrible reactions from people around the world. This article “Fighting cancer : the CT Chang’s way” is not about the terrible and catastrophic incident in the United States of America on September 11, 2001. It is about the challenging saga of the life of CT Chang which started on that fateful day, although eight years later. From that fateful day, our friend CT Chang embarked upon his arduous journey fighting cancer. I called his fighting cancer, the CT Chang’s way. One day, on September 11, 2009, Chang sat silently alone, staring blankly in the hospital waiting room. He was in a state of “shock”. He had just been told by the doctor that he had cancer, stage 4 kidney cancer! Adding to the bad news was that the cancer had spread to both his lungs. He was advised by the doctor to tidy up his personal affairs within six months. In other words, he was going to die in six months’ time! As far as conventional Western medicine was concerned, there was no available cure for Chang’s cancer. His time was up!

Chang at entrance of the Gerson Clinic, Mexico

I came across CT Chang’s fighting cancer blog while surfing the internet for information on fighting cancer. From that day onwards I kept in touch with him, following very closely his detailed daily chronicles of his fight against cancer, covering a very wide spectrum of alternative cancer treatments. His full name was Chang Chee Teck, a Chinese Malaysian, residing in Kuala Lumpur, Malaysia. He was at that time working in the financial department in a big corporation, holding a senior position. I think his age should be about 40 plus at that time. He addressed himself as CT Chang; so CT Chang it shall be for this article. When I “met” him, he was already in his second year fighting like a great warrior against cancer. Remember, the doctor gave him only 6 months to live, but there he was, still fighting cancer with vigour after two challenging years.

Fighting Cancer At All Fronts

He fought cancer at all fronts literally, from the most organic approaches to even the poisonous trails. He knew that there was no more hope from the so-called conventional mainstream cancer treatment protocol. From September 11, 2009 onwards, Chang embarked into uncharted waters, a completely new journey into the unknown, fighting cancer at all fronts, trying to contain the onslaught of his advancing and very aggressive cancer attacks. Chang’s heroic battle lasted exactly three full years to the day, also on 911!

During his three challenging and eventful years, CT Chang had won great admirations from readers and friends all over the world. Through the wonders of the internet, he managed to collate useful information on all the relevant cancer treatments available and experimented on them. On one occasion, he even very bravely experimented on using a certain type of fungicide!

All along, Chang was a lone cancer fighter. He wanted to know for sure, first hand, on all the available alternative cancer treatments. He wouldn’t want to just listen to others. All along his journey, Chang had displayed very strong traits of courage, self-discipline and self-confidence in all the things he did to fight cancer. I shall provide you the link to his personal blog which he archived in chronological journal order, as he experimented on the numerous alternative cancer treatments throughout the three full years of his fight against cancer, hoping for a remission or cure.

Chang’s system of self-research would involve detailed researches in the internet, and correspondences with other experts. He would search out and analyze information and data, and then meticulously administered the treatment on himself and by himself. Throughout his cancer fight, Chang was greatly admired and respected by all and sundries who had either come across his blog writings, like me, or those who had personally seek his help to fight cancer.

Chang with a clinic caregiver

When Chang was first told the bad news by the doctor, he did not sink into deep depression and wait to die. Immediately, he set out on a journey of discovery; searching, learning, collating, experimenting, and administering the many alternative cancer treatment protocols. The first he discovered was the Gerson Therapy. In fact, it was this Gerson Therapy that brought me to his blog site, when I was searching for more information on Gerson Therapy. At that time, I was writing my article about this subject of Gerson therapy.

It was a “hit” on his first strike when Chang embarked on this Gerson Therapy. He even went to Mexico to undergo the treatment protocol in the Gerson Clinic there. Chang was very successful with the Gerson Therapy treatment, and he managed to contain the spread of his cancer. Throughout his journey to fight cancer, Chang maintained the Gerson Therapy treatment protocol as his foundation of treatment, while in the process, he further searched and investigated other alternative cancer treatment options, mostly through the internet. For each option, Chang would meticulously probe and analyze in great depth. After careful deliberation, he would very diligently administer the treatment by himself and keep detailed records on the results and progress. Then Chang would post his findings and progress in his blog journal. This went on throughout the 3 years when Chang was treating himself.

From the very simple treatments, from the organic to the highly toxic, Chang knew them all, and had gone through most of the more promising treatments. At one stage, Chang even experimented with a type of fungicide which was recommended by a highly reliable expert source on alternative cancer treatments!

When Chang started his cancer-fighting journey, he also started journalizing his adventures in his blog. If you go to his blog, you would be amazed to find a most comprehensive treatise on alternative cancer cures, including his own personal experiments and experiences with these alternative cancer treatments. You will find the link to his blog at the end of this article.

Throughout his journey, recording his journal, Chang had gained a large following of readers and seekers of cancer cure. During the three full years of his arduous journey, Chang had displayed his intellect, unwavering discipline and tenacity and fantastic unbelievable strong will power. He had not only helped himself to stay alive for another three fruitful and challenging years, he had also given hope to others suffering the same fate. Chang would help anyone who sought his expertise through personal contacts and also through the internet. 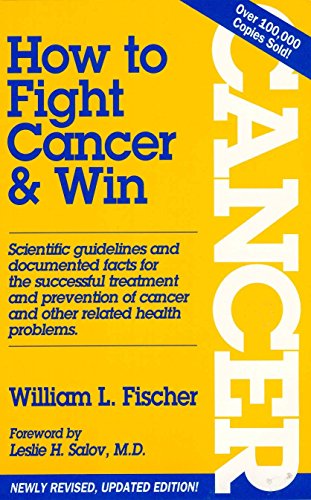 CT Chang was a Buddhist, the quintessential Buddhist. His blog is called “Upekha”. According to him he purposely misspelt it to make it easier for people to find his blog. The correct spelling is “Upekkha” which is a Buddhist term in Pali, meaning “equanimity”. In Chang’s own words which I quote:

“UPEKHA IS A PALI WORD TO MEAN EQUANIMITY. EVERYTHING IS EQUAL. THIS BLOG CONTAINS THE JOURNALS OF A PERSON WHO HAS STAGE 4 KIDNEY CANCER. IT DETAILS THE EMOTIONAL & MENTAL STATES AND ALSO THE GERSON & OTHER THERAPIES CHOSEN AND PROVIDES DAILY UPDATES WHERE POSSIBLE.”

And he further added:

“I adopt a way of life which most people call Buddhism. I have not developed any level of spiritual attainment. I am a nobody, just someone wandering in samsara (cyclic existence).”

True to Chang’s amiable personality, he allowed every comment in his blog to be posted. Throughout the three-year period, people from all walks of life and some with ulterior motives visited his blog. There were the occasional Christian evangelists trying to score points, despite Chang’s declaration that he was a Buddhist. Chang was more concerned about his search and sharing of information on alternative cancer treatments. He had no time to be bothered with those little irritants.

Throughout his journey, Chang was able to contain his cancer from terminating him. He seemed to have a certain degree of “success” in containing the spread of his cancer. The trials and tribulations were enormous but Chang, being a warrior in him, fought on with vigour and perseverance.

I am in no position to analyze why Chang suffered a sudden onslaught on his condition. But I can only share what transpired before that. Chang researched into a special cancer treatment performed in China called HIFU treatment. HIFU is short for “High-intensity focused ultrasound”. In Chang’s own words "I am quite hopeful because it's minimal or non-invasive form of procedure. A patient can actually walk as early as 4 hours after the procedure."

Chang went to China for this treatment in late December, 2011. It was supposed to be a “success” in destroying and removing a major part of the tumour from his right kidney. However he discovered that only 90% of the tumour was removed.

Since his return from the China treatment, his condition deteriorated and very sadly, Chang experienced pain which he did not experience before. From the beginning of 2012, Chang’s postings in his blog gave very disturbing accounts of his declining health conditions. It would be appropriate at this juncture to note that Chang did not return to China for follow-ups.

From the start of 2012, Chang’s blog postings gave more and more discouraging news on his health and recovery problems. Then it was all the way downhill for him. Chang could have been gone any other day, but he chose to leave us on September 11, 2012, exactly three full years to the day when the doctor gave him only 6 months to live. Change had, all the time, full control of his mind, and he chose to leave us on this meaningful and emotional day. I shall remember this day for the rest of my life…911.

A Closing Tribute To A Friend, The Great Cancer- Fighting Warrior

As I am also a Buddhist, may I share this Buddhist tribute here to C T Chang.

“I salute you Chang Chee Teck. May you have a happy and fruitful rebirth. May you attain the final bliss of Nibbana in due course.”

Below was the last posting by Chang in his blog:

The End Is Near.

This will probably be one of the last few postings I will be making unless my condition improves.

I am really very very tired and I realised writing even for a post takes up a lot of energy.

I thank all of you being there to support me especially during this most difficult time of my life.

I will end this post with the following thoughts:

Clinging to life against the inevitable is to create more suffering
There is no life without death
The good and bad comes to decay
All things shall come to pass.

Do not waiver your mind when the test is near
Hold steadfast in your believes
When the road forth is no more
Embrace with grace that the end is near.

May all of you be free from danger, free from mental and physical suffering. May you all be well and happy always.

This is the link to C T Chang's blog "Upekha".