The Wait Is Finally Over...

I received a letter outlining my appointment the following Monday. It said my appointment was that Friday, at 11.15. Great, I thought, it clashes with the kids playgroup party. My other half would have to take the time off work to look after them, as I did not want to collect the results with them running around causing chaos as they usually do.

He managed to book the whole day off work. The day finally came around; my Dad had popped in the night before and had told me that they can do wonders these days...why indeed, he had watched a TV program only the night before where this woman had got fat from her leg removed and transplanted into her breast area. She had huge breasts and the fact that she had lost one to cancer was affecting her balance and everything.

"I'm sure it won't come to that Dad!" I said, actually believing it. At the back of mind, I did think something was up, but truely thought the worse case scenario would be a lumpectomy. I had a book that I received from a charity event in a goodie bag (from the era when I had a good job - before children!) which was called "Cancer Vixen" by Marisa Acocello Marchetto. I knew where it was on my bookshelf, but was resisting the urge to pick it up and look at it as I did not want to jinx things.

I made my Dad a cup of tea and was generally ok at the thought of this poor woman with one boob. Things like that happen to other people and you do not really apply yourself to this situation.

The next morning, we got ready to go to the playgroup Christmas party with the kids. The plan was that we would both go, I would stay until 10.45, shoot off, get my results and my other half could meet me at the clinic later. Then, hopefully, we would go out for a celebratory lunch, and even get a bottle of champagne to mark the end of this dreadful time.

However, the day started badly...my car which has been suffering from a sporadic flat battery syndrome, decided not to start up, so it turned out I had to get the bus to the hospital. The journey was very eventful with people that I had no idea how they ever existed in this world, let alone be breeding, entertaining me on the way. I was slightly nervous, but happy and determined that this would soon be over, one way or another.

I got there at 11.17 and went to the waiting room, all happy and smiley. Same waiting room; same TV; same magazines; different people. There were two old couples there, one young couple, a boy asleep in the corner and another young, Australian man. I sat and waited, and waited, and every one of those people went out, came back, went out again and then finally left. It was just me again. Fresh people started to come in. I checked twice with the receptionist to ensure that I had been booked in, she said it was so. So I waited, and waited. One hour had gone by. Then an hour and a half. I kept taking out my phone and starting to text my partner saying I am still waiting, but then would put it away. I did not want to text him until I had the results. When it got to an hour and forty minutes and I still had not been seen, I text him...

And then typically, they called my name.

As we walked to the consultants office, the nice lady who called me, with an Irish accent, said:

"No." I replied, slightly confused. Who did she think was with me?

"So you're on your own then?" she said as she opened the door.

"She's on her own," she told the consultant sitting at the desk as we walked in.

"Oh, you've not got someone with you then?" he asked.

As I turned away from them, putting my coat on the chair, I knew it was bad news. They did not want me to be here alone.

Just get on with it, I thought, it's blatantly obvious it is bad news, so just tell me, I thought.

I looked at the consultant, and his face just seemed to scream out at me BAD NEWS - BAD NEWS! He's the bad news doctor, I thought.

"I'm afraid to tell you that the lumps we've examined contain cancer," he said, then stopped and looked at me.

"OK," I said cautiously, and looked back at the consultant.

He pointed at an mammogram x-ray shot on the light board to my right, and explained where the two lumps were.

"We believe the best course of action for you is to have a mastectomy as the two lumps are some distance apart," he said, then stopped again and stared at me.

The two women at the back of the room looked up from their papers and were watching me again, like crows on a fence.

"OK," I said again, taking this information in. Keep calm; keep it together, I was thinking inside. Get a grip. Keep breathing. I wish they would stop staring at me, I thought. I really felt like my reactions were being analysed by them all and I really did not like this. What were they expecting me to do? Break down and howl? Climb the walls? Or just faint, perhaps?

"Can you tell which type of cancer it is, like, is it an agressive type?" I asked. A sensible response I believed.

He reached forwards and pawed at a piece of paper. He said the results only told him that it was cancer and that he would only be able to tell me more when they could look at the lumps in a lab and analyse them.

He pointed to a diagram of a woman's chest with several blue dots on it and dotted lines connecting them all.

"These are lymph nodes," he explained. I nodded, I knew this, I had been doing my research, thank you very much sir, top marks to me, I thought.

"We will need to do a sentinal node biopsy," he said. At this point, I admit, I did panic. I could not go through the biopsy experience again, not today. I was strong, but not that strong.

"Not today though?" I asked quickly.

"Oh no, nothing more will be happening to you today," he said laughingly. Phew! He explained that they needed to test the first lymph node, the "sentinel" one, like a look out one, I guess, which is the one the lymph fluid flows to first to see whether this contained cancer. "We'll inject you with a radioactive material which allows us to track its position as they are hard to find on an ultrasound with a hand held device, and locate the first lymph node and then we can remove and examine it. This will be done the same time as surgery."

To me, this was an extreme relief. At least I would be out of it when this happened. Being conscious and having biopsy and hearing that CLICK was truly the worst thing that had happened to me in my life...so far.

Then he launched on and on and about how I could have a reconstruction done at the same time as the mastectomy to replace my breast. I shook my head in disbelief. He just told me I had cancer, what on earth would I be worrying about cosmetic surgery for? I stopped him and told him strongly that was not an issue for me, just treating the cancer was the priority.

The lady who showed me into the room was nodding vigourously and then scribbling in her notebook. I felt some comfort that this was the sensible approach, as she agreed. Perhaps for some reason some women were devasted by the thought of losing their breasts but to me, the thought of having cancer far, far outweighed this concern. Surely it complicates surgery having this done?

"You can have some tissues removed from your rear and implanted in, or we can remove a section of muscle from your back at the same time of surgery to do a reconstruction. You can have it done now, or up to a year later," he continued nevertheless.

What was WRONG with this man? Why was he going on about that still? I wanted to know about the cancer.

He told me that he would request a CT scan for me, purely routine, he assured, to check the cancer had not spread to my lungs or other organs.

And then he passed me over "Linda", my cancer care nurse.

That was it from Mr Bad News Doctor.

Linda ushered me out and we went to the little room again for another chat.

"Is someone coming for you?" she said. I said I would call my partner and she said she would like to chat with him too.

I was staying strong and not breaking down. I was very sensible and just thought of all the "good things" about the situation and would not allow self pity...not just yet. It did come, but for now I had to be strong. It is just my way.

And in a way, as I had already gone down the road of having thought I might have cancer, it made it easier for me. It was not such a shock.

Think Of The Positives

A great book which helped me realise that I was not the only one to go through the whole sorry saga... 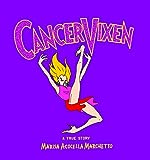