A guide to dating a vegetarian

How to date a vegetarian

Carnivores take note. There is a small segment of society that will not, under any circumstances, enjoy the succulent medium rare steak that you enjoy grilling for dinner after work. They will turn their nose at the thought of a chicken breasts sautéed in garlic and herbs. (Well, perhaps not the herb and garlic part). No second thought will be given to rejecting vegetables grilled on the same grill as meat during your weekend barbeque. This group, known as vegetarians (pronounced: veg-a-tar-yee-un) exists in small pockets of your world, including your own back yard. I have first hand knowledge of this sect, because I am married to one of their followers.

Though there are many types of these vegetarians, from lacto to ovo to vegan, they all follow the same belief that simply put, eating animal products is gross. For the red-blooded, football watching, craft beer drinking, tailgating American man reading such a fact for the first time, I pause a moment.

Plant eaters walk amongst us friends, and have no reservations about breezing past a full menu of delicious meat and fish meals and ordering from one of the usually two or three "healthy" choices available. The following introduces the history involved and some easy tips on dating a vegetarian.

Vegetarianism is an ancient custom and has deep roots with certain Hindu and Buddhist sects that consider all animal life sacred. Numerous philosophers and writers of ancient Greece and Rome believed in the way of the vegetarisn. In the Roman Catholic Church, it has been practiced monastically by Trappists since 1666.

In 1847 the Vegetarian Society, a non-religious organization, was founded. The movement spread to continental Europe and the United States (1850), and, in 1908, the International Vegetarian Union was founded. Today the union holds congresses every two years in different countries. As an active Western movement, it originated in 1809 near Manchester, among members of the Bible Christian Church.

The strictness of diet varies among vegetarians. Purist vegetarians, known as vegans, reject all foods that are derived from animals, including dairy products such as eggs, milk, cheese, and butter. Other vegetarians abstain only from foods whose production involves the destruction of living animals. Some do not eat honey, which is of course a bi-product from bees.

The girl I started dating is a vegetarian, but does not force her issues or ideas on me in any way, (unlike the folks at PETA, who seem to take a more aggressive approach; see http://www.goveg.com/feat/chewonthis/ if you dare). She did not start out as strictly a plant eater, but later in life made a conscience effort to become healthier and try new things, among other lifestyle reasons. However, I am not yet convinced she isn't slowly trying to lull me into her animal saving ways. I half expect to bite unknowingly into some tofu type of thing mixed in the eggs she makes me for breakfast. Or she has some bean product that secretly tastes so delicious I will forget about ever wanting chicken or shrimp with my pasta. She knows, of course, my actual fear is that with the increasing number of vegetarian alternatives I try, I might actually like them and begin switching.

Fear not fellow flesh eaters. Nothing, and I repeat NOTHING, will ever be able to replace a medium rare filet, with a side of garlic mashed and a frosty dark porter on a Sunday afternoon watching my Bears beat the Packers.

In hopes that my carnivorous friends are not reading this, I will admit here and now that she has already changed my views a tad bit. I have begun buying organic milk for consumption at home and, get this, even went to a fully vegetarian restaurant. Now don't get me wrong, I still look forward to my first summer barbeque where I stand around and burn flesh on the grill all day, but maybe she is on to something here.

There is some green in there

• Remember, vegetables are GOOD for you - One argument is that plants alone cannot give you the proper amount of vitamins and nutrition needed for a healthy diet. On the other hand, how healthy are the chemicals and pesticides involved with the packaging of our meat products? I am hard pressed to think of many diseases associated with vegetable consumption, as is the case with meat or poultry as discussed earlier.

• Be willing to try new things, broaden your horizons - I admit, the organic milk was not bad. Nor was the organic coffee. The veggie "hotdog" I ate at the ballgame last week with the fiancé wasn't the worst thing I've ingested, although the consistency was definitely different. Our first date was at a street fair, where I ate a tri-tip sandwich, consisting of meat, bread, sauce, so I am by no means changing my caveman eating habits. However, having stepped lightly to the other side of the food spectrum, I am surprisingly no worse for wear. Sometimes, you just have to be like Mikey, he'll eat anything.

• Grin and bear it - Sometimes, the things that taste the worse are the best things for us. Think about it, cough syrup, V8 juice and cod liver oil all go down harsh, but leave you feeling great. You may have to sample a few vegetarian choices, such a facon or tofurkey, before you find a taste you like. For you, it may be an acquired taste, like the malt liquor you drink, or the flavored tobacco you smoke in your hookah.

Just the Facts, Ma'am (thanks Wikipedia)

A 1992 market research study conducted by the Yankelovich research organization claimed that "of the 12.4 million people who call themselves vegetarian, 68 percent are female while only 32 percent are male." [147] I think this harkens back to the hunters and the gatherers, but I may be missing the point. Also might be why us males are dying off sooner in life than our female counterparts. I also read that pregnant women who lived a vegetarian lifestyle were having more female children than male children. So for all you conspiracy theorists out there, keep an eye on how many strong willed women around you turn to the green world. 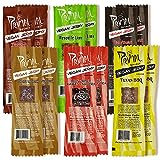