Jim and I had flown together many times during our careers at ABC Airlines. We had experienced lighting strikes in Florida, the unpredictable winds in the Azores, long layovers in Coastal Spain and an intentionally blown escape slide that caused a 2 day delay while on a European charter. Jim was also partially responsible for securing me a position at DEF Airlines after the demise of ABC as he had-unbeknownst to me at the time-introduced me to my future Chief Pilot during a layover in Bangor, Maine after a trans-Atlantic crossing from Ireland. It's all in who you know in the job game; but that's another story! As the trips came and went, each time I had the opportunity to fly with Jim I noticed that his health appeared to deteriorate and he would progressively complain more and more about digestive problems in particular; including very bad heartburn. In fact, as it got worse and worse for him he ended up carrying a full size container of tums in his flight bag. It finally culminated with Jim having to avoid most food types! As you can imagine, it must have been a very unpleasant existence. A number of months went by and once again Jim and I were scheduled to fly together. I was already in the cockpit head-down laboriously loading our flight plan in the inertial units when he popped his head in the cockpit and said "hi". When I turned around to return the greeting I was really surprised! Jim looked like a new man. I said "hey Jim, good to see you, how are you doing?" He smiled and said "great!...probiotics!" Of course I had never heard of probiotics at the time, and during the flight he proceeded to fill me in on what they were and the marvelous health benefits he had experienced from them. It is with this knowledge and my own subsequent discoveries of their benefits that I present to you Healthy Living With Probiotics.

Dating to Biblical times and much earlier, people have consumed fermented products such as kefir, koumiss, leben, kimchi and many others because of a widely held belief in their healthy properties. While not medically understood then; today we in the western hemisphere are finally beginning to realize the wonderful benefits of probiotics that our friends in Europe and Asia have experienced for a very long time. Probiotics-if you will-are the "effective" ingredient in the above mentioned foods.

Credit for being the original clinical thinker in regard to the modern knowledge we have concerning probiotics is Russian Nobel Laureate Elie Metchnikoff. In the very early part of the 1900's he was very interested in why eastern Europeans-Bulgarians in particular-enjoyed, in his opinion, above average health and longevity. After studying their habits and diet he came to believe that the fermenting microorganisms in the milk they consumed contributed to the cause. Metchnikoff probably wouldn't be at all surprised to learn that modern science and research is proving him correct! It turns out that there is a very good reason why Europeans to this day enjoy fresh yogurt as a breakfast staple. In fact you would be hard pressed to find a breakfast in a European hotel that doesn't offer yogurt in one form or another. There is a reason and that's next!

The Essence of Probiotics

What Is A Probiotic?

Before we look at probiotics in some detail, it is important to understand how antibiotics play a part in the story of probiotics. They are 2 very different characters that play 2 very different roles and they most definitely don't like each other.

The first modern antibiotic was discovered and invented by American Selman Waksman in 1943. His study of microbiology included the discovery of a fungus out of which he synthesized what he named streptomycin which was successful in treating tuberculosis, bubonic plague, and meningitis among others. Who could argue that this was a stunning achievement? It in fact was, and subsequently many more antibiotics were developed and used on a plethora of infections. Of course, today when we develop an infection of some sort it is common knowledge and practice to expect the doctor to prescribe one of these antibiotics to kill the organism that caused the infection in the first place. More often than not it is very successful as we all know.

Today, however, modern medicine is concerned about the increasing resistance to antibiotics that is occurring. Without question these concerns are valid, but it's not the only thing you should be concerned with regarding antibiotics and their use. What is less communicated and less popularly understood is that antibiotics destroy not only the bad infection-causing bacteria in your digestive system but the good bacteria as well. And that is the core problem.

Probiotic means "for life". Many in the medical community believe that the importance of a healthy gastrointestinal tract cannot be understated and that it may in fact be the most important factor in good healthy living. It is also very important to note that a healthy immune system is critical for good health and up to 75% of its cells are produced in the gastrointestinal tract. When one considers the fact that there are tens of millions of Americans alone suffering from some type of digestive problem it is not hard to believe that the medical folks may be correct. It is interesting to realize that speaking in percentage terms, Europeans and Asians have fewer of these types of problems.

Probiotics are simply another way to describe the live microorganisms that make up the good bacteria or flora in your gastrointestinal tract. Healthy intestines have billions and billions of these good organisms and billions and billions of bad ones as well. They roughly exist in a 85% good 15% bad proportion with someone in good health. The following is important to understand: the function of these good probiotic organisms is to promote an active healthy immune system and they are essential in helping the body absorb the necessary nutrients from the food you consume. You can think of the immune system benefit in the following way: if there is little room for the bad bacteria to exist, you have less chance of developing an infection and thus getting sick or having chronic problems. I realize it is a very simple way to think about it but it seems to work for me.

Thus someone who has been on antibiotics is devoid of the immune-boosting nutrient-enabling good bacteria! Granted the bad is gone as well, but without the supressive effects of the good, there is nothing preventing the bad from taking hold and causing illness. It is also important to realize that there is research pointing to the fact that just a single course of antibiotics can kill this good bacteria and have lasting effects.

Since antibiotics have been invented they have been increasingly prescribed. When you consider the corresponding increase in immuno disorders and digestive problems, the correlation between antibiotics and the loss of good bacteria just may be accurate.

To sum up so far:

So what can we do to at least mitigate these conditions?

Supplementation is the answer. As we learn more and more about what the rest of the world already knows, probiotic supplements are becoming increasingly available not just in supplement form but also as an additive in the normal foods we eat. It's possible that you have seen the "probiotics added" statement on labels already. I know I have! This is a welcome change and only 5 years ago you would have had to look long and hard to find products fortified with probiotics. Part of the reason the United States has been so slow to adopt probiotics is that we have an extensive vetting process that includes long studies and active legislation. While having obvious benefits, it also lengthens the process in acknowledging the helpful characteristics of many things. This happens to be the case with probiotics.

Many supplements are now available. The names may be different but they are all probiotics none-the-less. The two brands that I have been using every day for the last 5 years are Bioinnovations' Probiotic Plus and Garden of Life's Primal Defense. I encourage you to visit their websites where you will find more information on the wonderful benefits possible from these supplements.

As probiotics become increasingly more popular the results of clinical studies are also now more available. Some of the recognized benefits include the normalization of the internal flora or "good bacteria", stimulation of the immune system, increased absorption of nutrients, prevention of diarrhea, promotion of regularity, reduction and elimination of heartburn, anti-tumor properties, cholesterol balance and a reduction in lactose intolerance. There are quite a few others!

An important thing to remember is that probiotics are natural microorganisms that should be in the proper proportion and amount in your gastrointestinal tract and as a result it is not possible to "overdose" so to speak. You may, however, experience what is known as The Jarisch-Herheimer Reaction when you first begin supplementation. Some of the symptoms include headaches, bloating, gas, and allergy type reactions. As the pathogens begin to die as a result of the incoming good bacteria, others rush to exit the body and produce a clogging effect kind of like trying to get out of the stadium after the hockey game. But don't worry! This is normal and is a sign they are having the desired effect. These unpleasant effects will go away as you regain your healthy status. One option is to reduce the dosage and slowly build up over time.

Your own method of supplementation is personal and should be done after researching the health issues you may have. It's possible to find recommendations involving large doses and others only small maintenance size ones. The one thing they will have in common is that you should take them during or after a meal. This is important because the stomach acid will be in diluted form in the presence of food and the probiotic supplement will more easily make it deep into the intestines where you want and need it.

In conclusion, it is my hope that you consider the benefits of probiotics and how they might just help your health situation. Jim the co-pilot isn't the only person I have met that has really benefited. There are many others including my wife, friends and myself. As an airline crew member I am constantly exposed to others in the confines of an airplane and it's crucial that my immune system is up to speed. Prior to my own usage of probiotics, colds and some heartburn were a common occurrence for me. It's been 5 years now and colds are rare and heartburn is non-existent. I truly believe in the benefit of probiotic supplementation and I ecourage you to read and research more on your own. We only go around once. We owe it to ourselves and our families to do all we can to be healthy. Life is meant to be enjoyed!

Chapter 1 of A Probiotic Study For Women

The Colon And Probiotics 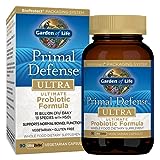