How I Cured My Back Pain

The spine is a very complex structure and it is closely connected with the brain. There are many potential causes of back pain. Treatment tends to be under the heading of 'Management', in other words the pain is managed rather than the problem cured.

Interestingly, and not surprisingly, heat therapy is pretty effective.

My Back Pain History

When I was young, in fact aged 18, I loved to dance and went to the discos with my friends. We danced the night away to Abba and the Doobie Brothers!. In those days I had little income and never really drank to excess, so I have no excuse for falling on the dance floor, but I did. I tripped and fell and my friend fell over on top of me, somehow my back was bent on two. I was really alarmed. I really thought I had broken something. I stayed on the floor on all fours in a 'cat' position for ages, not daring to move. Eventually I tested my movement, and gaining confidence that all was well, I got up. My friends and I decided to go home.

The next day I had a tiny pain in the middle of my spine at waist height. If I touched one spot on the vertebra, it hurt. This pain stayed with me for the rest of my life.

As I aged, into my thirties and early forties, the pain remained, but was manageable unless I did anything strenuous. Over the age of forty-five however, the pain started to get worse. Sitting on the sofa at home in the evenings began to be uncomfortable, standing became uncomfortable and even lying down especially on either side became uncomfortable. On some days I was beginning to think I might need some back support. Something that could take the weight for a while and give me some relief.

I knew the problem was that original injury, and simply thought I was going to deteriorate as I aged. Things weren't looking too good but the deterioration was slow and so I wasn't too worried, just resigned. 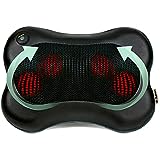 How I Discovered a Cure For My Back Pain

During my late forties, I had noticed I seemed to be aging pretty rapidly. My health wasn't great.

This was unlike me, I had always been strong, fit and very able to do things and had a strong zest for life. This seemed to be changing, I was going downhill at an exponential rate. I began to have one niggling illness after another and unusually for me I was developing depression. None of these illnesses were life threatening, or so I thought, but they were quite irritating. I could not understand why or how this was happening.

Then I discovered a breast lump. It turned out to be cancerous. Mmm things were now pretty bad.

So. I set out to discover what was going wrong with my body.

My first research led me to the thyroid. The problem with this was my blood tests, my TSH was normal. In spite of this, and on the advice of some private thyroid specialists, I tried some thyroid medications. These glandulars were supposed to support the thyroid, the desired result would be a rise in body temperature. This never happened for me. My temperature remained low, it was around 35.8C during the daytime and 35C at night.

I decided to find his contact details. This was surprisingly easy I emailed him and he replied immediately. Game on!

How I Fixed my Back Pain

My main objective was to fix my low body temperature, which I truly believed might give my immune system a fighting chance against recurrence of breast cancer. I had had all the cancer treatment from the doctors, but I wanted to fully optimise my immune system in an attempt to give me a few more years of life. I will never know if I have achieved this, and it may be more of a psychological prop than anything else.

With the support, knowledge and experience of Steve Richfield, who is the only Central Metabolic Control system Therapist in the world, I fixed my low body temperature. This process is called resetting. I went through the process without drugs. It took two weeks initially and then I had to apply myself to about two years of maintenance.

I noticed from the very first day of operating with an optimised immune system at 37C there were immediate benefits. For example, I had a lot of joint pains which I had put down to aging, and these pains simply disappeared completely. This was remarkable. Slowly over the months and years, I have noticed many other health benefits, one of which was my back pain.

After resetting my low body temperature my back did not heal for a very long time, then, one day about 18 months later, I realised my back no longer hurt, the tiny pain I had had for forty five years had gone completely. At the time of writing after a further three years I still have no back pain and enjoying much better health.

I may never know if I have prevented a recurrence of breast cancer, that remains to be seen, but I believe that optimising my immune system by resetting my low body temperature has enabled my body to have a go at curing my back pain. So far so good.

When I was at school, in Chemistry lessons, if we did an experiment that involved heating something to a specific temperature in order to observe a reaction, we would heat the substance exactly to the temperature required, not more, not less. The reason for this was because a specific outcome was required, if the temperature was wrong it would change the result. Simple chemistry.

The optimal immune system cycles temperatures in order to deal with different situations, but when the event has passed the brain will return the temperature to the original correct set point temperature of 37C. If the body returns it to an incorrect operating temperature then optimal reactions will not take place. The whole chemical system will not be operating optimally.

Temperatures go awry for many reasons, a couple of which are known; for example ancestry of famine. Unfortunately the incidence of low temperatures increasing also coincided with taking less accurate axial and now tympanic temperatures, which have errors margins. Hence there is an acceptance of wider temperature ranges.

It is interesting that external heat is often used to relieve the symptom of pain, including back pain, but the reason this isn't permanent is because the area treated then cools down, the body temperature may be too low to sustain it.

37C For My Good Health

If I am ever ill now, the first thing i do is take my temperature. If it is low, I raise it to 37C, if it is high I allow it to be so and let my brain and body to do its job without intervention, when the 'fever' is over I ensure it returns to cycling around 37C.

I takes quite a leap of faith to jump on board the 'brain as a central metabolic control system' train. I took the leap and am reaping the rewards.