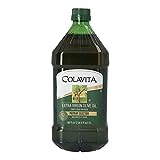 The Eczema Diet: Discover How to Stop and Prevent The Itch of Eczema Through Diet and Nutrition
Buy Now

With Beeswax blocks, olive oil, cooking pots and wooden spoons, you can make your own moisturizing paste right in your home.

In 2008, the Website www.kidshealth.org ('s) Children's Health Newsletter stated that 1 out of every 10 child develops eczema.

Fast forward to 2009. A local Savannah, Georgia news article stated that this figure had steadly risen to 1 out of 3!

Therefore, in just a matter of a year, the statistics of children diagnosed with and developing this unpleasant skin condition increased about 60 to 70%.

The experts have several theories regarding this disturbing trend (such as an increase of toxins in the environment), but haven't quite been able to pinpoint one specific cause.

Instead, they have focused most of their energy's on healing parents find ways to help alleviate the symptoms of this skin disorder.

Unfortunately, my two year old toddler fell right into this statistic when she was diagnosed with eczema at the early part of this year.

* The Characteristics Of Eczema.

Eczema is often characterized by skin that exhibits one or more of these signs; patchy, extremely dry, itchy, swelling, red and inflamed (for darker skin individuals the skin appears ashen or in dark rough patches), crusting, flaking, cracking, oozing, or bleeding.

A cause for much agony and frustration for the sufferer, the key to reducing the symptoms calls for finding and eliminating the triggers, and daily intense moisturizing.

Yet with a bevy of synthetic and all-natural moisturizers on the market, it can be very hard to choose an effective and safe moisturizer for the young eczema sufferer.

* What The Greeks, Romans, and Egyptians Knew.

Surprisingly, the answer to safely getting and keeping the skin hydrated resides right on the shelves in the kitchens of millions of people around the globe - Olive Oil.

What does olive oil do for the skin of an eczema sufferer?

Well, the Greeks (both ancient and present day), ancient Romans, and the Egyptians knew the power simple olive oil held.

For ages olive oil has been used for more than a food source, besides being employed in cooking and baking, the Egyptians used olive oil to rub their bodies after bathing - which served to protect the exposed skin from the intense rays of the sun and contributed toward keeping the skin smooth and supple.

In addition, olive oil was used for its medicinal benefits; to soften and soothe bruises and wounds.

Because of the antioxidant capacity of olive oil's minor components, such as vitamin E and polyphenols (which have been found to possesses antioxidant characteristics that play a major role in human health), olive oil also protects and tones the skin.

The benefits of this simple yet highly sought after oil was so well known, that the ancient Greeks and Romans used olive oil as a skin lotion, and enriched it with herbs for cleaning and moisturizing the skin.

Even today the effectiveness of olive oil on the skin has become widely known. In addition to cosmetics, olive oil has been added to lotions and soaps to increase their moisturizing levels. 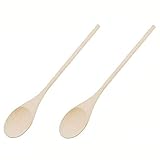 * How Should One Use Olive Oil In Their Child's Skin-Care Regimen?

Whether taken internally or used in a topical application, regular use of (extra-virgin) olive oil in your child's skin regimen will not get rid of eczema, but it will provide the skin with the needed moisture to help aid in its healing and overall condition.

Here are some simple suggestions that I have personally found effective (these suggestions should only be put into practice if your child does not exhibit an allergy to olives):

Even today the benefits of olive oil are continually expounded on.

From its major heart and anti-inflammatory benefits, to its extensive benefits for the skin; it should come as no surprise that olive oil is considered one of the top natural, safe, and effective alternatives in providing eczema relief for even the youngest of sufferers.

Apr. 17, 2010 update - While cold-pressed is said to be the best since the process it takes does not strip the oil of it's essential nutrients and results in an olive oil that is purer than its counterparts - in addition to one of the visitors comment, and confirmation with a local allergist specialist, cold-pressed olive oil should be avoided since it may contain other ingredients not listed on the bottle. Therefore, putting the eczema sufferer at risk for hidden allergies.