Stupid question eh? I bet you’re getting angry just thinking about it. However; it may surprise you to know that anger can be useful in some cases. Feelings of anger release hormones in your body – particularly adrenaline which is the fight or flight hormone. If you are in danger and angry it can give you the impetus to either run away or defend yourself, rather than being rooted to the spot and unable to do anything.

Anger is a response to one or more stimuli:

Is anger a problem?

Being angry isn’t a problem in itself. It is how the anger manifests in you that can be a problem. If for example you simply shout when someone or something angers you and then get on with the rest of your day, that isn’t a problem.

Quite a lot of people do have a problem managing their anger, so if this is you; you aren’t alone. Incidentally, not expressing your anger can also be a problem which can harm your mental and physical health and emotions. The release of cortisol and adrenaline can be harmful especially if it happens repeatedly and your anger is prolonged.

Unexpressed anger can cause the following physical and mental/emotional problems:

It can also contribute to relationship breakdown and over-reaction to situations in the future.

Other harmful ways of dealing with anger

Often anger can turn into something else if you don’t know how to deal with it. The two main things that anger turns into are rage and violence. If this is how you usually express your anger then other people could be endangered. Even if you don’t normally hit out at people and vent your anger on inanimate objects instead; there could always be a time when in frustration you do attack someone. The reason for this is because you are out of control when the red mist descends. This type of anger is very frightening for anyone in the vicinity. It can be especially terrifying and harmful to children who witness it and can have a lasting effect on them.

The neurological process that causes anger is due to the person not using the correct part of their brain to think. The cerebral cortex is redundant and the limbic cortex has kicked in.

Whilst it’s good to know that you are using your brain when in an angry state; the limbic cortex is very primitive and does not use logic and reason to solve the problem.

Within the limbic cortex is the amygdala - this part of the brain stores memories and also controls the fight or flight response. So if the amygdala identifies some past bad memory and decides to send the angry message to the limbic rather than the cerebral cortex, all logic will go out of the window.

Due to the hormones involved; sometimes the anger can last for a few minutes and then calm down only to resurface hours or days later.

It must be added that some people have mental issues which make it difficult or even impossible for them to deal with their anger:

Intermittent Explosive Disorder - Use link above to view information

Schizophrenia - Use link above to view information

Everyone has a different trigger for angry feelings. What may make me angry may not make you angry and vice versa. Life events can often make anger more intense. If you are short of sleep, hungry, have recently split with a partner, been bereaved or made redundant you may find you react in a more extreme manner than you would normally.

Your background can affect how you deal with anger

How to deal effectively with anger?

Anger not dealt with appropriately can cause you to say and do things you will regret, either in the future or immediately after the outburst. It can be terrifying to people witnessing it and it will only ever earn you fear. Please note that it will very RARELY if EVER earn you respect and the people – children especially, who see it may be affected for life

Things you can do to control your anger

Learn to recognize the warning signs and feelings

What to do if none of this works

If none of the above strategies work you will probably have to face the fact that you need to get professional help. Warning signs:

Speak to your GP or Healthcare Professional. Some of these treatments are free on the NHS in some circumstances. 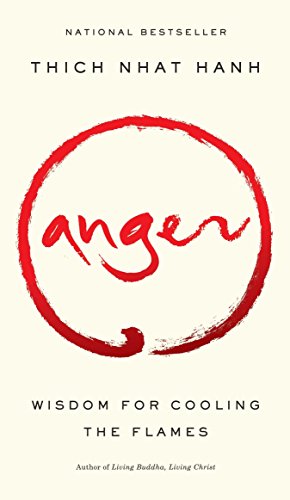 You Know You Have an Anger Problem: Would You Seek Professional Help?