Kava Kava (Piper methysticum) is a South Pacific root used by Polynesians, Fijians and other Pacific islanders as a ceremonial drink for thousands of years has finally crossed the ocean. As if it were being discovered for the first time, consumers report a mild euphoric effect — basically, it makes a person feel good, relaxed and care-free. Everyone from the Pope to US Presidents have tried it.

Current research is indicating that Kava Kava, with its mild psychoactive properties, is an effective treatment for anxiety, stress and other related conditions. These discoveries have created a popular market for the herb as a relatively safe, natural alternative to well-documented risky pharmaceutical drugs. Nevertheless, there are predictable side-effects associated with a high dosage intake of kava such as patchy dry skin and potential motor function impairment while under the influence. However, in my estimation, the effectiveness of kava under professionally supervised conditions can be of tremendous benefit to many people. 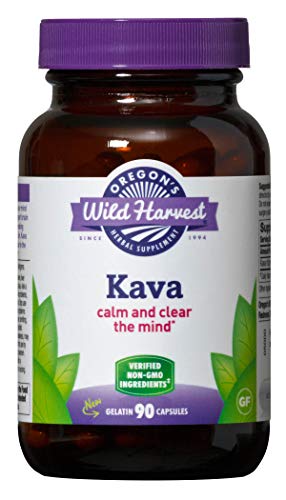 Kava Kava (Piper methysticum) is a member of the black pepper family. The physiological functions attributed to this long used herb are due to the active compounds, kavalactones (of which more than a dozen have been identified to date), and kavapyrones. The major active constituents in kava kava are demethoxyyangonin, yangonin, dihydrokawain, kawain, dihyrdomethysticin and methysticin.

The most popular form of preparation of the herb is as a beverage, used traditionally in a variety of important social and ceremonial occasions by the peoples of Oceania including islanders of Polynesia (Hawaiian islands, Tonga and Tahiti), Micronesia and Melanesia, which includes Fiji, New Guinea and the Solomon islands). Inhabitants of the region have long enjoyed Kava Kava for its mild, pleasant euphoric effect. It is regarded by many as a slightly psychoactive agent. Reports by many who have consumed the beverage have claimed that it has a calming effect that promotes a sense of sociability and freedom from stress. Scientific research currently indicates that Kava Kava my have other effects such as improved short term memory function and a reduced anxiety. Recent German government sponsored studies have determined that Kava Kava extract is an effective aid in managing neurological and psychological associated conditions.

Current research indicates that Kava Kava is effective in:

Effects of Kava Kava on sleep