Laugh and the World Laughs with You

Jill advocates creating harmony of mind, body, and spirit for perfect health. Laughter is one of the ways she recommends to achieve this.

These are the first lines in the poem “Solitude” that Ella Wheller Wilcox published in 1883. Story is that the lines were inspired by a crying widow she met on a train.

So, does the world really laugh with us when we laugh? Let’s find out.

What is laughter or laugh?

Notice that both definitions talk about sound, accompanied by some involuntary body movements. That means that when you make sounds that is called as ‘laughter’ or a ‘laugh’, changes occur in many of your body parts especially in the respiratory, nervous, muscular and circulatory systems.

It is said that when you laugh, 15 facial muscles contract and your upper lip is lifted while your lower jaw opens. At the same time your epiglottis half-closes your larynx such that air movement to your throat and lungs becomes irregular and you create sounds like “ha ha ha” or “he he he” or “ho ho ho” and some other such similar sounds. Sometimes, your tear glands are also stimulated so it’s not uncommon to see people laughing and crying at the same time. Has this ever happened to you?

If you have watched Mary Poppins, the part showing, “I Love to Laugh”, best describes what laughter is and what happens when you laugh. Don't you think so?

When Do You Laugh?

Why Do We Laugh?

Many studies show that laughter is a kind of bonding activity. It somehow establishes connection, and the closer the people are to each other, the more relaxed and frequent laughter is.

Close friends can laugh at almost anything even about things that others outside the group do not find funny at all. So laughter is not just about something funny, but it’s also more about camaraderie and bonding.

Do you remember the joke about the person who was invited to a joke club? It goes something like this...

Man A invites his friend Man B to his club meeting. Man A told his friend that the members of his club are so comfortable with each other and already know each others’ jokes such that they have assigned numbers to their jokes. So during meetings, you don’t have to say a joke anymore but you just say a number and everybody laughs. True enough, Man B observed that this is so. A member would call out a number, like “78” or “100” and everybody starts laughing. After listening to the almost non-stop laughter, Man B asked if he could try saying a number too to join in the fun. Man B called out “65”, but to his surprise, there was no laughter. Everyone just looked at him politely. Man B asked Man A “Why did nobody laugh when I said ‘65’?” Man A answered “It’s the way you said the joke (number)”.

It is believed that laughter started as a kind of shared relief from the passing of danger. After some dangerous hunting activity people go back to their caves. There, they share stories and laughter as a reliever of tension. So this calms people down after being in a flight-or-fight situation. This is probably one reason why you exhibit ‘nervous laughter’ when you are tense.

Do you notice how people laugh when somebody in authority starts laughing? Studies show that dominant individuals like boss, father, or even teachers and speakers use humor to more or less control the emotional atmosphere of a group. Laughter puts people at ease or in a relaxed mood, so it becomes easier to bring across a point or even to avoid an embarrassing or a threatening situation.

Is Laughter Really the Best Medicine?

Well, I’m not sure that it is really the best medicine for every illness but based on many studies, laughter can indeed produce over-all good health and well-being.

What can laughter do?

At the start of laughter, your pulse and blood pressures go up. However, as you go on laughing, your body releases chemicals that relax your blood vessels. You also breath faster so this increases blood flow and oxygenation of the blood. The over-all effect is then a lowered blood pressure and more oxygenation to your cells and tissues.

Some researchers have estimated that laughing about 100 times or about a minute of hearty laughter can give an aerobic workout equal to 10 minutes on the rowing machine or 15 minutes on an exercise bike.

Well, does this mean that you don’t have to pay anymore gym fees to get some workout? Maybe? Why not, if you just do some funny exercises.

Laughter Is Good for Our Immune System

Studies have shown that a bout of laughter increases the number of T and B cells as well as the amount of antibodies and interferon. T and B cells are the major cells of our immune system. T cells directly attack infectious and abnormal cells while B cells produce antibodies that immobilize infectious agents. Interferon is a protein produced by cells against viral and parasitic infections.

A healthy dose of laughter is also a good defense against respiratory infections. It even reduces the frequency of colds because it increases the amount of immunoglobulins or antibodies in the saliva.

Studies show that blood levels of stress hormones such as cortisol and adrenaline decreased rapidly in subjects who viewed a funny video as opposed to those who viewed only a regular video.

Laughter is Good for our Brain

I observed this first hand during my many years of teaching. Students always performed better if I use humor during my lectures and my exams. Of course I did not make any actual controlled studies. However, the effects of humor are perceptible. This is probably because students are more relaxed and alert if lessons are interspersed with laughter. Even a study at Johns Hopkins University Medical School showed that test scores improved if humor is used in lessons.

According to humor researcher, William Fry, M.D., of Stanford University, humor and creativity work in similar ways. Both engage the whole brain by creating relationships between two seemingly disconnected items. Thus, humor and the laughter associated with it promote whole brain activity. Anything that engages the whole brain develops more creativity.

Laughter is Good for our Psyche

Psychologists note that some people instead of expressing negative emotions like anger, fear, and sadness often keep these bottled inside such that they become bundles of emotions waiting to erupt. This leads to all kinds of ailments if kept “bottled” for long periods of time. Laughter usually helps dissipate these negative emotions. So if you laugh, these emotions are released without producing harm.

This kind of psychological effect is often used by film makers or writers. After some prolonged tense moment, an innocent remark or action is introduced in the movie or novel to produce what is called as “comic relief”.

When you laugh, your serotonin level also goes up. Serotonin is released by your nerve endings and is known as a "feel good"chemical. This is the reason why you always feel good after a hearty laugh.

Remember Patch Adams? He always used laughter as part of his ‘prescribed’ medicine.

Do you know that because of Patch Adams, “laughter therapy” is now being recommended by more and more mental health professionals?

So, if laughter produces all these good effects, a healthy dose of laughter is all you need to get rid of many of your aches and pains and maybe even other illnesses. Don’t you agree?

Check out these other hubs on laughter:

How Can You Put More Laughter Into Your Life?

Try watching people laugh. Or start laughing at something and see how others respond.

Do you know that there is a branch of science that studies laughter? It is called gelotology. This comes from the Greek words, gelos, geloto meaning laugh, laughter, laughing. This field studies humor and laughter, its effects on the human body including medical abnormalities of laughing. Psychological effects are also included in the study.

Do you notice that happy people do not get sick as often as morose or sad people? 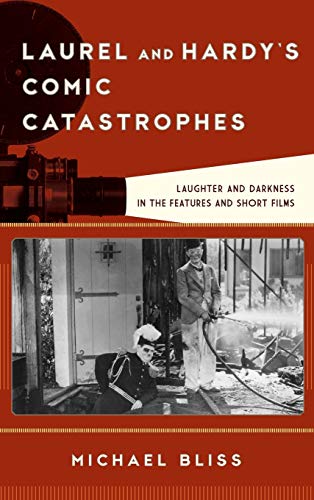 Laurel and Hardy's Comic Catastrophes: Laughter and Darkness in the Features and Short Films (Film and History)
Buy Now