LISTEN! MUSIC THERAPY IS GOOD FOR YOU

DANCE TO THE BEAT IN THE WOMB

Did you know that babies can enjoy music before they are born? Yes, it’s true and not only that, they can remember the music they heard for at least a year after they are born. From around 20 weeks gestation babies in the womb can hear clearly. I have personal experience of this. My own daughter played in a brass band and her baby brother used to jiggle around in the womb in time with the music when we listened to her practising.

All human beings have the ability to enjoy and respond to music no matter whether they suffer with physical or emotional symptoms or not. Even people with hearing impairment can appreciate and benefit from music to some degree. It is known that deaf people sense musical vibrations in the part of the brain other people use for hearing. People with normal hearing do not display brain activity in the auditory cortex which is the part of the brain normally used during auditory stimulation.

WHAT IS MUSIC THERAPY?

First and foremost it is a relationship between therapist and client, which, through the use of music can bring about profound change and personal growth.   Music therapy can be administered on a one to one basis or in a group setting. It is the making of music which forms the major part of communication in the relationship.  Music Therapy is primarily a secure and safe environment for those who are unable or reluctant to communicate verbally to express themselves and their feelings.  Both the client and the therapist take part in the music making by singing, playing instruments and listening to different types of music.  It does not take the form of formal music lessons and the client is not ‘taught’ to sing or to play an instrument but rather to experiment and create their own musical style and language.

WHAT KIND OF INSTRUMENTS ARE USED

The principal instruments used in music therapy are generally from the percussion family and include ethnic instruments such as the Amadinda, the agogo bell and drum, bongo drums, cabasa, Chiquita rattles, maracas, slit drums and many others. 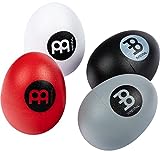 WHAT ARE THE BENEFITS?

The benefits of Music Therapy are many and varied depending on the clients needs. If a person is suffering from emotional difficulties MT provides a safe and secure environment in which to express difficult feelings or to let out repressed emotions. It encourages greater self awareness and particularly in group sessions can foster greater self esteem through the new found ability to communicate more effectively.

WHO IS MUSIC THERAPY FOR?

it is for adults and children with wide ranging needs. It is particularly useful for people with autism and autistic spectrum disorders. Children and adults with learning and sensory disabilities benefit greatly as do people with physical impairments. Many adults with emotional or psychological disorders find MT very effective.  MT is also useful in geriatric settings, particularly with Alzheimer’s patients

Normally a session will run for between 30 minutes and an hour. The younger the age group, the shorter the session as a general rule. Usually the first thing to take place is a piece of introductory music or maybe a welcome song. This would be followed by a sing-along song. Movement; dancing or a simple aerobic activity, rhythmic activity such as the playing of percussion instruments, music listening games and activities and musical improvisation would be interspersed with further sing-along sessions. Finally there would be a closing song.

What kind of music is used in a MT session?

The kind of music used in a session is largely determined by the age group and ability of the participants. If the target group are young children then nursery rhymes and children's songs would be used for the sing-along sessions. For older groups, all genre's of music are implemented, Jazz, Country and Western, Classical, Pop etc. The overriding factor is the needs of the client.