You Are What You Think

Our thoughts are unique to each and everyone of us. We all think, but the interpretations of our thoughts may differ. The way we think and assimilate thoughts is very important when it comes to having an anxious mind, and this is why cognitive behavioural therapy (CBT) is the primary therapy in trying to solve an anxiety problem. If we can change the way we think in a positive way, then it will have a positive impact on the way we behave.

Whether you are suffering from generalised anxiety disorder (GAD), or any of the other anxiety disorders, it is highly likely that you have set up a pattern of bad habits when it comes to how you interpret both your thoughts and situations. These bad habits can be said to be behavioural, but as the behaviour becomes your 'norm', the brain stores these personal norms in memory. This is why it can seem so difficult to break the bad habits, and when chronically anxious, it feels as though you think and behave instinctively.

I recognised that memory was playing a part in keeping my panic disorder alive years ago, and it was also maintaining the bad habits I had formed. For example:

Where my agoraphobia and panic attacks were concerned, for example, it only took me to be in the same place where a panic attack had happened before to initiate subsequent panic attacks.

Once you have become very anxious and fearful, your sensitivity is heightened generally, your eyesight is clearer and your hearing is more acute. You are 'on alert'. You don't realise it, but you are absorbing much more of your surroundings than you think you are.

I had a panic attack when I was cooking dinner. It only took that one panic attack in the kitchen, stood at the cooker at a certain time, to cause further attacks to happen in exactly the same situation. I found I became fearful in the shower but had no idea why because having a shower is nothing to be afraid of. I couldn't understand it until I saw that memory was playing a big part.

For some strange reason the word 'breathing' would make me feel like I couldn't breathe properly. I had built up a mental picture of the word breathing being something to fear. All this is laid down in memory.

Can We Erase Memories?

When reactionary feelings and behaviours are called up from memory, it can seem like there is no way to break the chain of thinking or action. When you have been convinced that a place, time of day, a situation or even a certain action no matter how small, will cause you to become super anxious, how can you convince your brain otherwise?

Anxiety disorders build up and don't happen overnight. They tend to worsen when our reactionary behaviour becomes ingrained in our memories. Someone who has lots of panic attacks will tell you that even though they know the panic attack won't kill them, as soon as one starts its hard to believe that there isn't something seriously wrong. Their physical reactionary behaviour is always the same too.

They tend to move around a lot, sometimes escape the place they are having the panic attack in, and most of all internalise everything that is happening to them. This isn't all purely down to being fearful, as some of it is down to instinctual thinking brought up by remembering the last panic attack, how it felt, and what pattern of behaviour followed. Bad habits are built up in this way.

It helps if you become aware of the way you react to triggers, so get yourself a notebook and keep a diary for a few weeks. You are working towards understanding how you think and act by reaction. There are a few examples below:

With diary completed and a greater understanding of how you think and react, you can get a clearer picture of the patterns ( bad habits), that have been stored for so long in memory.

With this understanding you can begin to change the way you think and behave. It takes great dedication but changes can be achieved.

I began by changing the way I approached triggers, i.e the situations that made me very anxious or fearful.

Where cooking dinners was concerned, I started to prepare dinner at a much earlier time so all I had to do was turn on the heat! Whilst cooking, I turned on a TV and concentrated on that. I took a walk around the garden halfway through cooking the meal. I did anything and everything to change the habitual way I had cooked dinner before. I did not get anxious cooking a meal that day or thereafter. Had I become anxious again, I would have changed the way I did things again. I laid down a new routine in memory that did not have the anxious attachment.

Rewire Your Brain: Think Your Way to a Better Life
Buy Now

What you are trying to do is cause a different reaction that does not automatically trigger a stressful or fearful response.

When we are in certain habitual situations that our memory connects with negative responses, our brains begin to attach certain visual and auditory factors to the whole picture, which in turn compounds both the mental and physical reactions. Seeing that building, that person, that place, doing a certain action at that time of the day is all it can take. Hearing the phone ringing can trigger an anxiety attack.

Perhaps you could change the ring tone on your phone and turn it down a notch. Put your phone in a different place. Avoiding people and places is somewhat difficult sometimes and is actually NOT the answer.

I already said, that we are on alert. When roused our eyesight becomes sharper than usual. This is part of being sensitised by a chronic and high state of anxiety. One needs to tackle the core anxiety problem by way of relaxation, meditation or other such exercise to minimise the level of sensitisation. Once you can bring yourself down on a daily basis to a calmer level generally, you will find that the heightened sensitivity slowly dissipates.

The nervous system takes a battering when you are constantly anxious and so it also takes time to heal. Laying down new memories, actions, and thoughts, doesn't miraculously get rid of your anxiety problem overnight, but with time, dedication, and consistency, you can change the way you respond to your triggers. If you are addressing your general anxious state at the same time, you will see huge changes in just a few weeks. 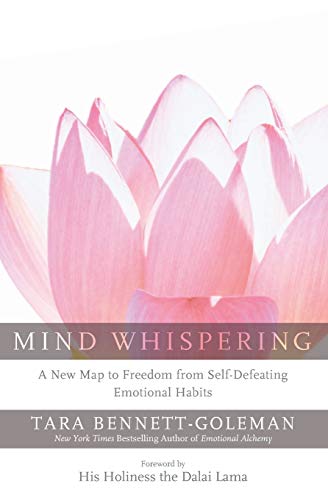