Milk Is Not Good For Me

Is milk good for you?

Milk is meant only for babies and very young children. Milk is not meant for grown-ups. Let me share with you my personal experience and some scientific studies that milk is not good for me, and you.

Why you think milk is good for you?

You believe that milk is good for you because society has brainwashed your perception of the goodness of milk. Milk has calcium; so drinking more milk will make your bones strong. Yes? Wrong. According to Dr. Neal Barnard, one of America's leading advocates for health and nutrition research, a study published in the British Medical Journal found that those who consumed highest amount of calcium did not have a reduction in bone fractures or osteoporosis. Ironically the opposite was true. It was found that those who consumed more calcium succumbed to more hip fractures and suffered more with osteoporosis. Unbelievable. I too, find this hard to believe. So let us take this report as just one of those reports. One observation I like to note. The write-up did not specify milk. It just stated consuming calcium. But I would take it to be milk because the writer was writing about milk.

Why we should avoid milk?

Milk certainly contains lots of calcium, about 300 mg per cup. However, when we drink milk it doesn’t mean that the body gets the 300 mg per cup. The shocking fact is that we not only did not get the calcium from milk, we are actually losing calcium from drinking milk! Here is why. Milk acidifies the body pH. When we drink milk, the body has to neutralize the acidity caused by the milk. The natural body acid neutralizer is calcium, and the largest concentration of calcium is in the bones. Instead of fortifying the bones with calcium from the milk, calcium is being drawn from the bones to neutralize the acidic effect caused by the milk. Once the calcium is released from the bones, it is lost in the urine. Again, this report seems hard to believe. I am baffled too.

"Good Health For The Future" by Hedi Masafret

The book that I almost forgot

While researching this topic about the danger of milk, I remembered reading from a book about 30 over years ago. This got me to find that book from my book collections and I found it. The book is titled “Good Health For The Future” by a Swiss nurse, Hedi Masafret. I bought this book in the 80’s when foot reflexology was first introduced in Malaysia which then became very popular. I attended a few sessions in the special foot reflexology center and I bought the book there. Incidentally this very book was the catalyst for the worldwide spread of the popularity of foot reflexology introduced by, of all people, a Swiss missionary stationed in Taiwan.

The author of this book wrote about the bad effects of milk. This I could remember for such a long time, mainly because I hated milk and still do. It pointed out two mistakes on taking milk. The first mistake is that milk is drunk without prior mixture of saliva. When a baby sucks milk, the milk is properly mixed with the saliva in the mouth making the solution digestible when swallowed into the stomach. Once milk is introduced through a cup, the milk is swallowed without the proper mixture of saliva. This milk becomes “unprepared” food in the stomach and the digestive system will not be able to properly digest the milk.

The second mistake is that we consume processed milk. Milk should be taken raw. With boiling and pasteurizing and additional processing, the milk has lost its natural nutrients.

My personal take on milk

This article is specifically about my personal take on milk. It is based on my personal experience and therefore my personal opinion. I am just sharing this with all my readers. As such this is not a place for debate. In other words, I respect your other opinions that you may have. Let’s just agree to disagree, should you don’t agree with my opinion in this article.

Ever since my mother started giving me milk in a cup, I stopped drinking milk. The reason was I could smell the milk from the cup and I didn’t like the smell. From that time onwards I never drank milk. And that was nearly 60 years ago! I am now 63 (this year 2013) and still as healthy as a normal 60 year old should be. “Touch wood.” Both my parents also never drank milk. My mother died aged 83, and my father died at age 91. Both died of natural old age. Both my parents enjoyed good health until their final years. I am a Chinese by race. Do you know that the ancient Chinese never drink milk? It was always tea, tea and tea. Even now, most Chinese don’t drink much milk despite the Western onslaught of the milk myth. 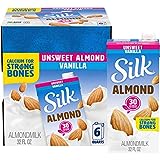 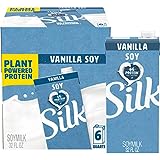 Calcium a plenty other than in milk

We should not be paying so much money for the so-called “high calcium” milk. Spend your hard earned money on other better alternatives. There are plenty of other natural sources that provide us with calcium. The healthiest sources of calcium are found in green leafy vegetables and legumes, which we usually term as “greens and beans”. They provide us not only with enough calcium but also with all the healthy nutrients to maintain a healthy body.

If you are into milk, there are other good substitutes in the form of almond milk and soy milk.

To be fair, milk did help me cure my posterior fistula.