Generalized anxiety doesn’t sound like too much to be worried about; after all, everyone gets anxious sometimes. It becomes a “disorder” when it affects your day to day life, and is usually recognized as such by a professional diagnosis.

What is Generalized Anxiety Disorder?

The disorder is based on worry, but not the occasional kind that we all get from time to time. People play with the terminology sometimes, and may say they are “concerned” about something, when they actually mean they are worrying excessively. There is a difference. Healthy concern about something that warrants our attention usually passes as that concern is resolved, whilst obsessing over that concern with no resolve can bring about a much deeper anxiety issue.

GAD develops over time, and becomes a constant worry about anything and sometimes everything! It becomes so bad that it has an adverse effect on the person’s life and it seems as if any attempt to stop worrying fails.

It is not just “being a bit worried”, but a preoccupation with worry that spirals out of control. It is persistent, present to a degree on most days and you will have suffered with it for many months, if not years!

What do People Worry About?

I couldn’t possibly list all the things that people worry about, but there are some common themes. These can be about:

These are the more obvious reasons to worry, but anyone can get caught up with obsessive worrying about any life situation.

Who Gets Generalized Anxiety Disorder?

Children worry too, though sometimes we simply don’t notice how much they are worrying, and they can also suffer with GAD. Elderly people can be diagnosed with the disorder, especially after losing a partner, for those with chronic illness or other mental health problems. Physical illness generally can cause anyone to become a chronically anxious person. No one is exempt form the possibility of being diagnosed, though some people handle stress well or have a more passive nature. Often we can think of ourselves as “born worriers” and there may be some truth in that. Perhaps some people are literally born “more sensitive” than others. Worrying can compound feelings of insecurity, but for some people those insecurities may have been around for a very long time.

Childhood traumas, very stressful life events, personality traits, genetic factors and simply being a female can all increase the chances of getting GAD. Those with substance abuse problems are also more likely to have a generalized anxiety problem. It should be noted that depressed people often become very anxious.

Generalized anxiety problems can cause us to have both mental and physical symptoms. Our thinking can become altered to such an extent, that an irrational and catastrophic mindset becomes prevalent. This can also affect our behavior, relationships and cause avoidance issues.

A person who has GAD will turn a small worry into a huge one. Two words forever spring to an anxiety sufferer’s mind – “what if”?

“What if my husband leaves me”?

This kind of catastrophic thinking can become relentless and a person will dwell or focus on the perceived problem, until he/she feels physically ill about it. It won’t matter how much someone suggests something may not happen, the irrational mind will keep winning. Our imagination can be a powerful tool in keeping us anxious. We tend to believe our inner mind chatter, and this keeps everything revolving on a never ending cycle of worry.

The fears that an overly anxious mind holds are simply not realistic, and can go to extremes. The anxious mind is also open to high emotional suggestibility, so that things other people can handle without problem will become an emotional nightmare for anxiety sufferers.

They hurt more, feel more, sense more and fear much more than an average person.

The person with GAD may watch the news on television and see disaster after disaster. Any conflict will become a potential World War III for example. Sometimes, because of the worry there can be a morbid fascination for the very things that cause an anxious person to fear. They can worry so much that they search the internet regularly looking for clarification or justification of their symptoms. Without realizing it, most sufferers will actually feed their own worry. They don’t want to be this way, but it has become habit to think in an irrational and catastrophic fashion. 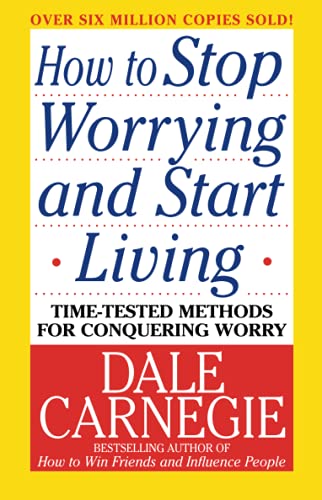 When a person is highly anxious for a considerable time, some effects on the body will be experienced, and this further adds to the worry pile. Common physical symptoms of severe generalized anxiety are:

When some of these symptoms are encountered, a health anxiety can grow, as most people simply do not understand just how much chronic anxiety can affect the body. A feeling of “there is something wrong with me” causes further worrying.

A chronic sufferer is often at the doctor’s surgery trying to find the underlying cause for the physical symptoms.

Some people are too proud to admit to not feeling in control of their lives or for being a “worrier”. Others will simply attribute the way they think to a different mental health issue such as having phobias or any other diagnosed anxiety disorder. It may actually be physical symptoms that take you to your doctor in the first place.

Many of the symptoms I have listed can be also attributed to depression. Not all chronically anxious people are clinically depressed, but many may have a modicum of depression. This makes it difficult for a doctor to diagnose at times. Ascertaining what is anxiety and what is depression can be difficult, but there are other signs with depression that don’t occur with anxiety alone.

Your doctor will usually run blood tests to rule out any other physical problem before diagnosing an anxiety problem. He will ask you many questions to find out if there is an ongoing stressor that is causing your chronic anxiety. A sufferer must be very open and be willing to disclose anything that they know is an obvious factor. It is usual for a general physician to suggest seeing a psychiatrist, psychologist or other therapist, if generalized anxiety disorder is suspected.

Mental health physicians will usually follow the guidelines of the Diagnostic and Statistical Manual of Mental Disorders (DSM) when diagnosing. They will want to know the duration of the symptoms, as guidelines say you must be suffering with excessive anxiety and worry for at least six months. The worry must be over and beyond what would be expected of the stressor or cause, if indeed a stressor or cause is recognized.

If the worry is connected to another form of anxiety disorder, it is less likely to be diagnosed as GAD because the doctor will assume that the worries are a reflection of the other anxious state. If for example you are worrying about the next panic attack, the diagnosis will still be panic disorder without GAD as the worry is seen as justified. In my experience of panic disorder, when you have rid yourself of the panic attacks, you are likely to be left with a generalized form of anxiety that can stick around long enough for it to to be deemed as GAD.