We all have ways of coping with the stresses and strains of everyday life. For some people it’s a glass of wine at the end of the day, and others will say that smoking cigarettes help to quell their anxiety levels. We often lead hectic lifestyles and if you couple that with life’s day to day problems, anyone might understand the need to fall back on something to relax us.

I used to be a caffeine addict, drinking around ten cups of coffee a day. I also used to like the way alcohol appeared to temporarily relax me, and would drink three or four bottles of wine a week. I smoked a pack of cigarettes a day but this increased on my more stressful days! I expect many people who read this will not find any of this unusual, and actually it isn’t really. The problem was however, that I did all these things whilst suffering with anxiety disorders, one of which was panic disorder.

This article will discuss how abusing substances or “self medicating” can have a detrimental effect on anxiety disorders, and even help kick start further anxiety problems. This is a controversial issue, with some people saying that as long as substances are used in moderation, there shouldn’t be a problem. In some of the worst cases of anxiety disorder such as panic disorder, I beg to differ!

Cannabis use can Trigger Anxiety Problems

Contrary to popular belief, it isn’t just dropouts or teenagers who use cannabis to chill out. All ages of both sexes, and from all walks of life, use cannabis to relax and escape the stresses of life. For some younger people it can be a peer pressure thing, something you feel you should try because all your friends appear to be having a great time with it, and you don’t want to appear the odd one out.

Firstly, despite the fact that cannabis is deemed to be not addictive, you can become psychologically dependant on it. The longer or more often that you take cannabis, the more rebound anxiety you may experience when it is stopped. If you are using cannabis as a way to disguise any underlying anxiety, although it may temporarily relieve you of this anxiety, your anxiety will still be there long after you stop using cannabis. Anxiety can result in the withdrawal phase too.

Over the last few years whilst helping people with their anxiety problems, particularly those with panic disorder, I have seen an increase in a connection between the use of cannabis and anxiety disorder symptoms. These have been younger people, from teenagers to those in their late twenties. Some have had a seemingly adverse reaction to their first cannabis use, whilst others report having had maybe too much cannabis, and then experiencing severe anxiety side effects.

Panic attacks and depersonalization and/or derealization (feeling unreal), have been the predominant severe reactions after cannabis use. It is noted that during the “high” whilst taking cannabis, some people may actually become fearful of thoughts and feelings, especially if this is the first time of use. This fear can stick around and manifest for weeks or even months as an anxiety disorder. My opinion is that memory has a huge part to play in this. The experience of scary thoughts and feelings are stored in the memory. Some people focus on those bad memories and are more sensitive generally.

One of the side effects of cannabis can be confusion. If you take too much cannabis, or are sensitive to its affects, you risk the confusion mixing with a heightened self awareness resulting often in panic attacks or unreal feelings. These effects can happen during use of cannabis and even days or weeks after the bad experience.

Drink Your Worries Away

Alcohol consumption is very common amongst those already suffering from anxiety disorders. Many anxiety sufferers who drink alcohol also take benzodiazepines and/or SSRI anti anxiety medications, which could be dangerous.

As with cannabis, alcohol relaxes most people if the right amount is consumed. This is fine whilst it’s all happening but alcohol affects us physically, and it is the next day sufferers are likely to have rebound heightened anxiety symptoms. Some people believe it is the reaction to those symptoms that is all important, but it is difficult to ignore the effects of alcohol when you are sensitized or sensitive already. 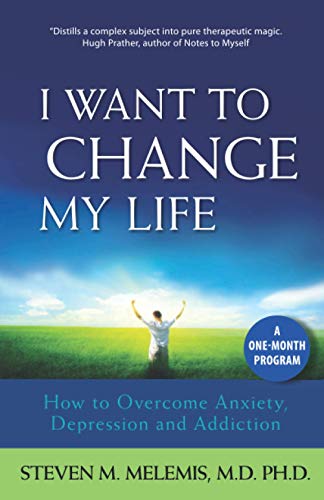 I Want to Change My Life: How to Overcome Anxiety, Depression and Addiction
Self Help for Anxiety Disorders
Buy Now

Alcohol can speed up the heart and cause dehydration which can make you feel a little dizzy. The day after drinking when you will tend to feel more tired, you may interpret the physical after effects of alcohol as some of the very symptoms of your original anxiety disorder, and thus panic. For that reason alcohol can induce increased panic attacks.

For those who are heavy drinkers or who have used alcohol to excess for a long time, the withdrawal effects can induce prolonged heightened anxiety. This can result in generalized anxiety disorder, panic disorder, phobias and even obsessive compulsive disorder.

People underestimate the power of too much caffeine, and again the physical effects can ring the wrong warning bells to anxiety sufferers. In this respect, people who drink too much coffee on a day to day basis will consistently be experiencing the physical effects from it, and interpreting these effects as something to fear.

Caffeine is a stimulant but many anxious people swear it is helping to calm their nerves. A person who is very anxious or has an anxiety disorder is already hyper aware and overly sensitive. These are the very effects from consuming too much caffeine, so the result is that you are doubling your sensitivity and hyper alert state. You are already on high alert and tending to be looking for the smallest of physical sensations. The sensations from a few cups of coffee a day will be enough to trigger more anxiety or even panic attacks.

If you are a sensitive, highly strung person or already have an anxiety disorder, caffeine in all its forms should be kept to an absolute minimum or given up completely. Very small amounts of caffeine from time to time are unlikely to produce such severe effects.

Years ago, I saw a lady in a psychiatric hospital who was a caffeine addict. She had become so irritated and severely anxious that she actually scratched her face and arms on withdrawal. Of course this is an extreme case, but I have seen first hand the effects of caffeine and how it can produce severe heightened anxiety.

I had panic disorder for many years and when I gave up caffeine and started drinking decaffeinated tea and coffee, I noticed a distinct difference in calmness. My behavior and thinking slowed down. I realized just how speeded up I had become with my caffeine prop!

For those people who smoke cigarettes and also suffer with anxiety disorders, it is thought that the nicotine hit helps one to relax, when actually the reverse is true. The withdrawal felt between cigarettes actually increases anxiety. You light up another cigarette to quell these feelings, and without realizing you are just setting yourself up for more of the same feelings. The relaxed feeling is only temporary and you are again adding more anxiety to your already anxious state.

The more anxious someone feels, the more they will smoke. It is thought that smoking actually lessens the production of dopamine, the hormone that helps to regulate moods. A heavy smoker therefore can expect to feel in a lower mood and this is closely related to those who suffer with anxiety disorders. Cutting down your smoking or quitting if possible is the way forward for anxiety sufferers, though of course, this group of people will find it particularly difficult.

Recent News on Smoking and Anxiety

Benzodiazepines or tranquillisers are still widely used to treat chronic anxiety problems though there has been somewhat of a decline in recent years. For people who suffer with conditions such as panic disorder, social anxiety disorder and post traumatic stress disorder, these medications offer instant benefits. The calming effect is noticeable very quickly and many people use them to quell a panic attack for instance.

When you feel severely anxious week after week, month after month and even year after year, it is easy to become dependant on such tranquillisers as Valium or Xanax. It is a quick fix solution.

If used for very short term duration, benzodiazepines can actually be helpful to get you through a time of crisis, but long term users will be setting themselves up for yet more nasty side effects and very difficult withdrawal symptoms. Again we see that as the amount of the drug decreases in the body, a rebound effect is experienced between doses, which can leave a person feeling a heightened state of anxiety. Another pill is taken to quell these feelings ands so the cycle continues

It has been documented that benzodiazepines can cause dizziness, lack of coordination, drowsiness and blurred vision but the withdrawal effects can be much worse. Imagine the physical symptoms of your anxiety disorder, double those effects and you may have an idea of how valium can make you feel on withdrawal.

I used Valium for twenty five years and it took me over two years to be weaned off them. During that time I started to experience muscle spasms, tinnitus, increased anxiety, memory problems and clouded thinking. Luckily I found a good doctor who helped me wean off them safely.

Self medicating when suffering with anxiety problems may seem like a good idea. Taking a Xanax or Valium seems no big deal when you are at your wits end with anxiety and panic attacks. Few people realize that the very substances you are taking to find some peace and calm can actually contribute to the state you are in, and should be avoided wherever possible.

What substances do you use to reduce your anxiety levels?