Buddhists and Taoists mention taming the mind as an initial goal in meditation. Christians have also developed methods to help focus on the presence of God. These traditions have varying methods for calming the mind, but they all help in developing enhanced awareness and a view of ourselves that creates a more cosmic perspective, beyond the ego and into a spiritual realm that nurtures and reduces the clinging and repetitive behaviors of the monkey mind.

We are born into a confusing, complex world, a world that forms our minds, and nurtures and shapes it by our life experience. Mental formation, and the resulting thinking processes that are learned, combine with our nature to form our external identity. Yet we are born as spiritual beings with rich possibilities, a fact that can be lost to one as the egoic sense of being is formed.

Our egoic identity is useful in that it helps us get the things we want in life. Unfortunately, it also provides us with pinched view of ourselves that limits our possibilities of being and loving. During crisis moments in our lives, we can become enslaved by thoughts like fear, anger, pain, regrets or lost possibilities. These moments can become one of personal self-reflection and growth if one already has a practice of meditation. The awareness that is cultivated in meditation can make these crisis moments more transient, as its practice allows development of an abiding awareness of our original self, which connects us with God, the Tao or the Buddha-mind. Taming of the monkey mind is the initial step in meditation practice which opens up tremendous creative possibilities in our lives - possibilities that can create true, lasting happiness in one's life and better health.

We Are Not Only Our Minds

How to Tame the Mind

We live in a time of unprecedented possibilities for living a calm, tranquil life because many paths have been revealed to help us along that path. There are several methods of meditation for developing enhanced awareness beyond the ego, methods that have been promoted within Christianity, Taoism, Buddhism and Hinduism.

Getting in the Gap, which trains the listener to notice the gap between thoughts. This meditation goes through the first ten words of the Lord's Prayer, Our Father who art in Heaven, Hallowed be thy name. Pausing between the words, Dyer leads one to notice this space and repeat the holy sound "ahhh" several times while holding the space. Cultivating this divine space for God's presence creates a place within you for experiencing and knowing divinity in your being.

Another means of creating space for divine presence is ecumenical practice of centering prayer. This method is discussed in more detail in the hub mentioned in the first paragraph, which also contains a video presented by Father Thomas Keating.

Taoist and Buddhist methods. Following the breath meditation is perhaps the most common method used to help people calm the mind and attain focus. This method allows one to get into the gap between thoughts by paying attention to what is normally an unconscious process. When thoughts pop up, all you have to do is to gently returning your attention to the breath, as it goes in and out of the nose.

Another Buddhist method is called mindfulness meditation (insight meditation). The breath can be used as well, however I have know some who have difficulty using it as a point of focus. In this technique, a word is normally used to return one's attention to a central focus point. Sometimes people use external objects to focus on as well, however, this focus should not be sharp upon the object. A type of fuzzy awareness is maintained during meditation.

Taoist methods. I cover the Taoist perspective for quieting the mind in another article on HubPages. Basically the approach relies less on mental focus and more on sensing. Visit the link for more about that method of meditation, which can be done either sitting or moving.

Yogic methods. Below, there is a video on a yogic meditation technique called un-clutching the mind by Living Master Paramahamsa Nithyananda. His foundation publishes a series of long videos that instruct techniques for sudden enlightenment.

More Ways to Reign in Mind 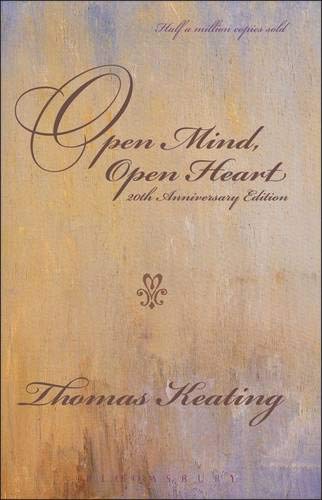 Making the Mind an Ally