The Frustration of Travel for the Disabled. The Oddessey of a Blind Traveller.

About a year ago I took a couple of flights across the US from Fresno to New York via Los Angeles.It was my first attempt at flying since I had gone blind. Originally it had been planned as a pleasure trip to the East to tour some of the Civil War battlefields, but turned into an exercise in logistics and adaptability.

Check-in at the relatively small airport at Fresno was easy. It was face to face with a person and simple. As was security. On arrival at the gate I asked for pre-boarding, they were happy to help, even providing a ramp for the small commuter jet rather than the airplane steps. Telling me that they would inform Los Angeles International (LAX) to do the same.

Maybe even I had discovered one of the advantages of being blind. The ritual of pre-boarding. More of that later. But I was to find this was the best part of the journey for most I was to be left blind, anxious and ignored.

The small commuter plane arrived on time at LAX and we manouvred to a gate. The other passengers exited and the attendant asked for me to wait a while, LAX had not provided a ramp and the Captain was requesting one again. After about twenty minutes, the Captain of the flight came to me very firmly apologetic, he and his crew had finished their post flight work and there was still no ramp. He offered to help me out of the plane. I was glad of the help, the steps were steep and angled backwards, a scary experience when you can't see how close you are to the ground. With my hand on his shoulder he then led me to the terminal and up the steps to the arrival and departure hall then to the gate for my connecting flight

This man was certainly seeking to give the best of United's customer service. Boarding the next flight too, I received good service, but obviously the executives waiting in line for business class disapprove of the pre-boarding ritual. I can understand why, business class has its attractions and having to clear the way for a blind man to gain access to coach before them is a tiresome problem.

Being blind does not make me deaf, so the sly comments as to "Why do these people get to board first?" Do not escape me. Believe me I would rather the long wait, while business class is boarded as I wait for my group in coach to be called than having the benefit of pre-boarding because I am blind.

Departing JFK in New York for the city, was ok, I had grown familiar with the layout for exiting on many sighted visits to the city before. The return journey trip however was different.

First of all on my arrival for the return trip the check-in hall was crowded. I realise airports need business but the lone disabled person always has provlems in large crowds. I asked for guidance to the United area and was directed to the line. Waiting there in the long line I moved slowly, eventually coming to the front waiting to be called out by a check-in clerk. No call. Other passengers behind began complaining, "Why doesn't he move?" I had been directed to Self Check-in. I moved out sheepishly, "Can someone help me please?" No-one did as they pushed through the gap I had left to take up all the terminals.

Somehow an airline representative saw me, and asked if they could help. Telling them I needed help to use the terminals because I was blind they told me there was a disabled access check-in at the end of the hall. "Clearly marked with a disabled badge." This terminal was actually an old fashioned manned position. Thank goodness, but of course by then frustrated the poor clerk had to hear all my frustrations.

From there I was sent to a holding area and gave another clerk my flight details and told to take a seat in a penned off area. The area already seemed to be full of old ladies, who continually asked for assistance through security, the clerk obviously already frustrated at the begining of the shift was in no mood to empathize.

Calling out names she buddled several groups from the pen and sent them into the security check area. Again I was alone, noise everywhere and not able to see security staff who insist on not speaking but waving directions. One did eventually see the white cane and for the first time that morning seemed to know what it meant. That I Am Blind.

From there it seemed to get better, I was told to wait and someone would help me, but I decided simply to try and find my gate for myself, after some trial and error, I did find the gate. Boarding my flight tired, angry and frustrated, I fell asleep for most of the flight . 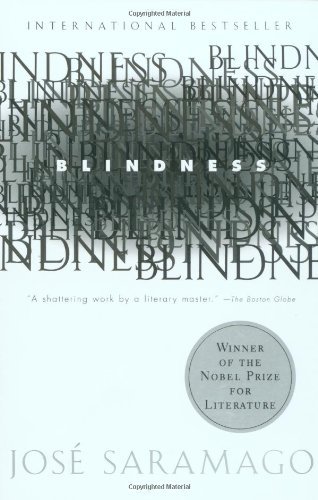 From this experience, should I learn to just not travel? I loved to travel, it was always exciting and sometimes frustrating when I was sighted. So no to not travel for the rest of my life is not something I will consider.

In future though I can:

Take time to expect more frustration. Just because I am disabled doesn't mean life is necessarily without problems.

Become more of a self-advocate; that is inform people of my difficulties, if something seems to be going badly, not take it, ask why/ Not being adversarial but seeking to gain support from the people who are around and who can do something to resolve the problem.

Finally maybe consider taking my wife along on a trip too? My wife is a wonderful school teacher who can instantly control a class of boistrous teenagers at a change in the tone of her voice. Her "Teacher voice" put's the fear of God in me and her class. So a wonderful weapon when things need to be done. Of course then I also have her wonderful company too, but she does not quite appreciate a tour of five Civil War battlefields in six days.