One of the Greatest People in history

How Much Do You Really Know about Emily Dickinson?

A Great Person Made in Secret

Emily Dickinson was born December 10, 1830 in Amherst, Massachusetts, in the same house in which she spent almost every day of her life up in her room, honing a skill that would not be appreciated for 100 years or more. She gained no recognition or fame in her time and even her own parents, with whom she lived until they died, never knew their daughter was a gifted writer. Despite not receiving any recognition for her poems Emily continued to write and also took care to go back and edit her poems until they were as she wanted them. 10 of Emily Dickinson's 1,800 poems were published during her lifetime but didn't receive the acclaim they receive today.

A Drawing of a Young Emily Dickinson

Emily Dickinson's life is just as interesting to many people as her poetry because of the shroud of mystery that surrounds her upbringing and the life she led hidden away in her room. Her poetry was enigmatic, bold and unorthodox while Emily was plain, shy and hid in her room, her poetry exploring the universe for her.

Despite her obscurity, she undoubtedly deserves her place on my list as one of history's greatest people as her poetry has touched and inspired many poetry lovers and aspiring authors alike.

The Dickinson's were a respected family with early New England roots and a dedication to learning and public causes. Emily's father, Edward, had been valedictorian at Yale and was a successful lawyer. With help from Noah Webster, Emily's grandfather had founded Amherst College, which he envisioned as a stronghold for the Calvinist faith. All the Dickinson's had been Calvinists - rigid, austere, and joyless in their faith. Her father was forceful and dominating. Her mother, also named Emily, was passive, weak, and as Emily said, "not given to thought."

If I read a book and it makes my whole body so cold no fire can ever warm me, I know that is poetry. - Emily Dickinson

The Story of Emily Dickinson 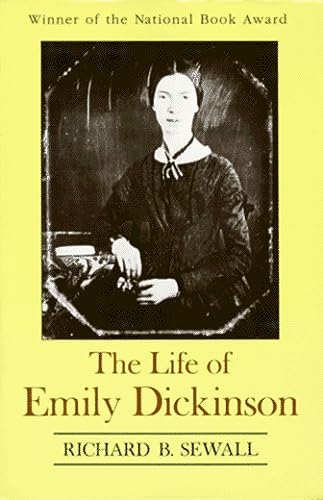 Emily had an older brother named Austin and a younger sister named Lavinia whom she called 'vinnie,' but, as was normal at the time, Emily and her sister Lavinia were kept in the background as homebodies while their father lavished all his attention on his son, Austin. Edward Dickinson compared the letters Austin wrote to those of Shakespeare, yet sadly, he never read even one poem written by Emily. Despite barely ever being noticed by her father, Emily never blamed him for that, but felt sympathy for him and his lack of emotional health. Emily's mother was a shadowy figure in her life and when Edward Dickinson's responsibilities increased, it meant he had to spend much more time away from home, leaving Emily with her almost invisible mother.

Emily once told a friend: "I never had a mother. I suppose a mother is one to whom you hurry when you are troubled."

No doubt, had Mr. Dickinson had even a tiny inkling of the potential his daughter had of becoming one of the greatest people in history, he would have perhaps made more effort to support her and her works would have been discovered earlier.

His Heart was pure and terrible and I think no other like it exists.
- Emily Dickinson to T.W. Higginson, July 1874 (L418)

Emily never married, neither did her sister Lavinia and both girls remained in the family house for their entire lives, while Austin lived with his wife in a house next door which his father had built for him. His wife was a young woman who had been Emily's best friend at school, but it was an unhappy marriage, and one that caused Emily much sadness.

The Fuel for one of Humanity's Greatest people

Personally, I am of the opinion that the Emily's joyless existence locked away in the Dickinson house was the main catalyst for her gift, and selfishly I have to say that perhaps it was a good thing. Had she been an extrovert who courted men half the ingredients needed to become a great poet would have been taken away. Having studied Psychology I am somewhat proficient at spotting traits or conditions and I would say that Emily may even have had social phobia.

Could this be Emily Dickinson (on the left) Alongside her Friend, Kate Scott Turner? 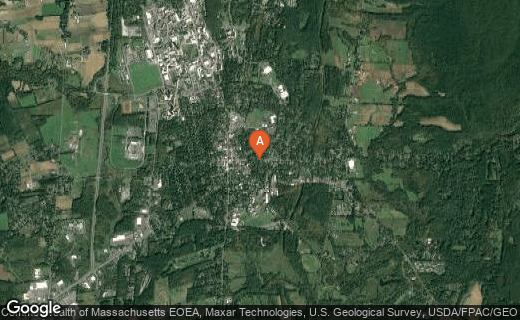 The Museum includes The Homestead, where poet Emily Dickinson was born and lived most of her life, and The Evergreens, home of the poet’s brother.

Before she was thirty, Emily made about a half dozen trips away from home, mostly for pleasure, sometimes to seek medical help for her eyes, which were a persistent problem. But as early as 22, she began to go out of her way to avoid people, attending church first thing in the morning so she wouldn't have to "go in after all the people had got there." By the time she was 28, it was her habit to run every time the doorbell rang. By the time she was thirty, she would retreat to her room when friends visited and listen to their voices from upstairs. In my studies of humanity's greatest people I have seen a pattern though. It seems that many of our greatest people in history, from inventors, scientists, philanthropists to great poets and writers all seem to suffer from some mental problem. Obviously nothing to do with retardation, more like things like:

Which Writer Had the Biggest Influence on Modern Literature?

One of the Greatest People in History - Emily Dickinson

A Lesson from Emily Dickinson

We all have innate abilities. Don't allow yours to go unnoticed as Emily's were

I know of many people who have put aside dreams of pursuing a career in what they are gifted at because they are overwhelmed with mundane work in boring jobs they hate. Don't let your innate ability sit on the back burner because you are 'too busy' or afraid. Practice and hone your skills in your free time. You'll be happier, your ability will grow and each day will bring you closer to realizing a career doing what you are naturally good at. Granted, you may not wish to become one of the greatest people in history but I assure you, you will find great happiness in the practice and production of your gifts.

Don't become invisible like Emily did. Explore and immerse yourself in what it is you love and are naturally good at as much as possible. Daily evaluate your options regarding the continuation of your growth into a great person. You may never be wealthy or revered as one of the greatest people in history as Emily is, but you will find a happiness unreachable through possessions or money.

The greatest people always spent time honing their skills. Had they not done so, they would be as most people are now, mediocre and dissatisfied but sadly inactive.

More Hubs on the Greatest People in History

More Hubs on the Greatest Women in History

The Greatest People in History Series - The Virgin Queen, Elizabeth I

What are your thoughts on Emily Dickinson? Does she deserve her placing on this list of the greatest people in history?