The Greatest People in History Series - Albert Einstein, the Father of the Atomic Age

One of the Greatest People in History - Albert Einstein

Welcome to the first in this series of the greatest people in history and what we can learn from them. This is not a historically themed hub but more of a combination of both history and psychology or self-help. I shall first give a historical background on each of the greatest people I choose to use as an example before describing events from their lives, and then extracting the lessons that I believe we can learn from their experiences.

I hope you enjoy the journey!

How Much do You Really Know about Einstein?

Albert Einstein was born in Ulm, a city of southern Germany, on March 14, 1879. His parents, Hermann and Pauline both belonged to "the Israelite faith," according to Einstein's birth certificate. When he was only one, his parents moved to Munich where his father, Hermann Einstein, set up a small shop for the manufacture of electric supplies.

Surprisingly, as a young boy Einstein rarely spoke and his parents began worrying about his slow development until one day, as the story goes , he finally broke his silence while at the dinner table with his parents. "This soup is too hot." He told them. Relieved that he had finally spoken, his parents asked him why he had not spoken before and he replied, "Because up to now everything was in order." Despite not being a very fluent speaker, Einstein exhibited a highly developed concentration from a young age, and would often build stacks of cards as high as 14 stories high!

Einstein Lecturing in Vienna in 1921

The difference between stupidity and genius is that genius has its limits. - Albert Einstein

His Theory of Relativity

Einstein is most famous for his three theories: the Theory of Relativity; the Equivalence of Mass and Energy; and the Photon Theory of Light, all of which changed the way that science observed the physical world and forever re-defined scientific and philosophic inquiry. At first, many could not understand these theories, such was the superiority of Einstein's intellect and impressive imagination, however, he was well-liked and respected by his peers not only because of his genius but also for his gentle, modest and idealistic nature.

A flat in Bern,Switzerland where Einstein stayed for 2 years 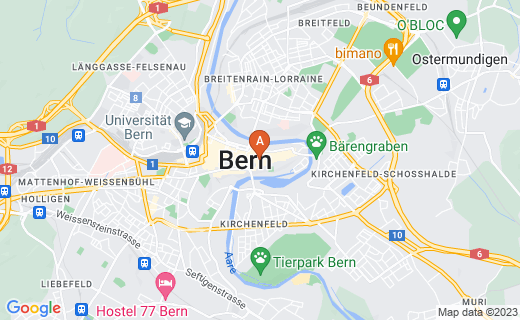 The flat on the second floor of Kramgasse No. 49 was rented by Albert Einstein from 1903 to 1905. It has been restored in the style of that period.

Lessons from One of the Greatest People Ever Known

Lesson One: Never listen to judgmental comments and cynicism from other people.

At school Einstein was considered backward and slow by his teachers and had a very difficult time with languages, however, the real reason for his apparent lack of academic skill was not his lack of intellect, but rather his disdain for the rigid and boring learning regime employed by German schools at the time. He wanted stimulation and exploration of subjects, not tedious learning by repetition and memorizing. After his family had moved to Italy and left him in Germany to continue his education, Einstein grew weary and was soon dismissed from the school for having a poor academic record.

Despite what his teachers and probably other adults thought of him, Albert never seemed to allow that to get in the way of the pursuit of his dream and went on to become one of the greatest people ever known.

It took perseverance and hard work to become everything he did, in spite of the opposition and repeated knock-backs, he became the "Father of Modern Physics."

There will always be people who put you down and tell you what you are, but never listen and never allow what they say to change your mind about where you are headed in life. It is highly likely that those putting you down do so because you dare to dream, and you dare to be different from the flock. Anyone and I mean anyone, that has the audacity to tear you down and make you small is either, 1. Clearly threatened by you in some way or 2. Insecure and unhappy and do not want to see others enjoying themselves or advancing in life.

Only you know you. Find what you love and do it before it's too late.

No problem can be solved from the same level of consciousness that created it. - Albert Einstein

Lesson Two: Once you discover what it is you love, pursue it with passion

When Einstein was 12 years old he discovered what was the beginning of a path to becoming one of the greatest people ever to have graced this earth. A book on geometry. He called that book the "holy booklet" because it had awakened him to his own interests and potential. Once he discovered that book, he NEVER looked back. He began to teach himself mathematics,and also devoured a six-volume publication on the history of scientific discoveries. By the time he was fifteen he had made up his mind. He was to specialize in mathematics and physics and go on to solve the riddle of the universe.

Do you know what it is you love? If not then do everything you can to find it, and believe me, it should not be difficult. You should have already seen evidence of your love/passion/dream in your lifetime, just try to recall what it was that enthused you with life and vigor when you experienced it. If you know or when you do know, then I urge you to pursue it with a passion and just as Einstein did, despite any pressure from people to stop take your study or practice to your own private place and master it. The answer to success and happiness lies in learning what you love, doing what you love and living what you love.

Lesson Three: Persevere and do whatever it takes to live your passion or bliss.

As Einstein's family business had failed and they were struggling financially; Einstein decided that he would become a teacher in order to help his family. He also decided that being a teacher would allow him the time he needed to pursue his passion for physics, in solitude. However, with no degree Einstein needed to first gain one in order to become a teacher so he applied to an institute in Switzerland but failed the entrance exam, doing well only in Maths and failing the rest. This meant he had to return to secondary school which he did, and he studied harder than he ever had before re-taking the exam he had earlier failed, and passing. Throughout his time studying at the Federal Institute of Technology in Zurich, Einstein's grades continued to be mediocre but passable. Still, in his free time he was constantly practicing and honing his skill in physics and maths.

Not long after, due to his perseverance, Einstein became one of the greatest and most influential people in history.

When you discover your passion, no matter what obstacles you face and no matter who tells you it can't be done (by those who are afraid to pursue their own dreams), find out what it is that you need to do and do it! Even if you do it quietly as Einstein did, keep at it until you become proficient enough and confident enough that you can begin living your dream and happiness will find you without a doubt. You may not become one of the greatest people alive or in history but for most of us that isn't the goal, we merely seek to be happy and live fulfilling lives.

Find your dream and live it, just as Einstein did.

Strive not to be a success, but rather to be of value. - Albert Einstein

In your opinion, Which of the Great People on this List Has Had the Greatest Impact on Humanity?

Who are the greatest people in history in your opinion?