One of the Greatest People in History - Socrates

Socrates was born near the year 470 B.C. in Athens, which was then one of many city states in Greece. For his entire life, Socrates lived in Athens, leaving just once in his lifetime in order to serve as a soldier in the war against Sparta. Nothing is known of his childhood and very little about his life as an adult. Most of what is known was learned from his student, Plato who wrote about the Socratic method and also documented the trial of Socrates that was to lead to his death in 399 BC.

Socrates was one of the wisest and most inspiring figures in the history of the West. His teachings marked an important turning point in Western philosophy and influenced human thought and behavior for centuries to come.

Unlike many of his students, Socrates was not born into a wealthy family but was instead raised in a family of craftsmen who made little money from their craft. His father was a stonemason and Socrates followed in his father's footsteps by becoming a stonemason himself even though he had very little interest in the profession. In Athens, at the time of Socrates, children were taught music, athletics, and the works of Homer, author of the Iliad and the Odyssey. Well versed in geometry and astronomy as well as the classic works as an adult, Socrates clearly had an affinity for knowledge and wisdom although it would be many years before he would become Socrates the Philosopher.

Socrates lived during the time of the Peloponnesian War, a difficult and desperate period of Greek history. The war had been waged by Sparta, another city state of Greece, which rebelled against Athens' power. The war continued for 30 years, and began when Socrates was 30 years old. As a soldier, Socrates fought in many of the early campaigns along with his good friend, Alcibiades whom was said to be a very close friend to Socrates. Alcibiades was the complete opposite of Socrates in terms of appearance. Strong, athletic and very handsome, he was also known to be a very persuasive and sharp-witted speaker who was admired by the youth of Athens. Socrates, on the other hand, didn't look Athenian at all. He was short and stout with a broad nose, thick lips and prominent eyes, whereas Athenian men of the day were generally tall, lean and handsome. His ugliness stood out among the good-looking

Athenians and unfortunately for him, it was one of the things for which he was known.

It wasn't meditation in the traditional sense, however, Socrates was well known for his trance-like states in which he would (sometimes for hours) stand or sit and ponder an idea or a question for which he was seeking an answer, as if deep in meditation. Plato called them his "rapts," as in "rapt attention" and he would enter into these states often, sometimes drawing crowds of onlookers, fascinated by this strange man standing in a trance, statue-like.

When Socrates returned from the Peloponnesian war, he was able to focus more on what he loved most, the search for knowledge and later, the teaching of the Socratic method. Socrates observed the Teachers of his day, the wandering 'sophists,' and was disappointed to find that although they provided a wealth of information to their students, they failed to promote 'real thinking.' Consequently, Socrates decided to create his own method of teaching which has since been called the 'Socratic Method.' The Socratic Method of teaching was based primarily on a simple question and answer dialogue. The Socratic Method didn't give students the truth, but allowed students the opportunity to discover the truth for themselves through their own thought processes.

Socrates would start by getting a person to make a statement about something he thought was obvious or true, such as "courage is this" or "loyalty is that." Then Socrates might ask a question - "Well, if you believe this is true, then that must be true. Correct?"

Lesson One: No matter what your background you can be successful

There are those who are born with the proverbial 'silver spoon' in their mouth and spend their lives living in luxury and ease, however, money doesn't guarantee happiness. Studies have shown that the percentage of rich people that are happy and satisfied is only slightly higher than that of people who are less privileged. Socrates was happy and content because he found a purpose to serve. To teach 'thinking' and improve the education of his people, despite coming from a poor background. He didn't look enviously at those with wealth and wish to be like them,on the contrary, he had no interest in wealth at all and instead set about doing something worthwhile with his life. Whatever your background, it has no bearing on what you become unless you carry it with you like a boulder on your back, which is what many people do. They blame their past and talk of their regret at having been born that way or into that family. Don't be like them. Choose a path, as Socrates did. Observe, think and choose a purpose for your life and stick with it.

Lesson Two: Learn to 'really' think and reason as opposed to reacting to life

Socrates spent many hours, each day, thinking over his decisions and any unanswered questions he might have had in his mind. No doubt this way of dealing with his thoughts and questions was one of the catalysts to his 'Socratic Method' as he first perfected the method on himself, during his many 'rapts.' This is clearly a superior way of thinking to that employed by the majority of people nowadays and were you to take this method and use it on yourself on a daily basis, logically, your thinking and reasoning skills would greatly improve. Perhaps you could spend at first, a few minutes each evening, thinking on a goal you have or a dream you have always wished to fulfill. Then after a week, you could increase that time to 20 minutes or as long as you wish. Question your goals and desires and use the 'Socratic Method' to eliminate all possible avenues except the right one. Through practice, this could become the catalyst to your own success, just as it was for Socrates.

'Employ your time in improving yourself by other men's writings, so that you shall gain easily what others have labored hard for.'

'I am the wisest man alive, for I know one thing, and that is that I know nothing.'

The Area where Socrates was Imprisoned 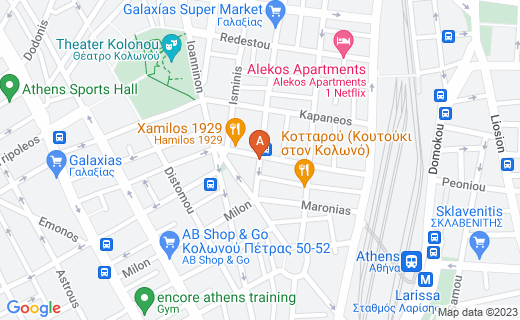 Who was the greatest philosopher?

More Hubs in the Greatest people in History Series