Every decade a list of healthcare objectives is formulated for the American population by the US Federal Government through the work of www.HealthyPeople.gov. This project is similar to the Employment Industry Projections and other workforce trends set through the US Department of Labor and affiliates. However, Healthy People 2020, for example, lists health-related goals to be obtained by the end of the year 2020.

The top goals of Healthy People 2010 were to:

Objectives with improvement rates are set for each decade in a number of health sectors and one of these is VIOLENCE. Violence decreases the quality and length of health life and increases healthcare costs; thus, it needs to be reduced in severity and incidence.

Some top goals of Healthy People 2020 are more numerous than ever in history and are found at the website listed above. A few include:

The Leading Health Indicators or issues to improve for Healthy People 2020 and 2010 have been these:

You can see that violence is lumped together with all injuries, intentional and accidental, and is lower on the list of priorities. In my opioniion violence should appear higher on the list, but you may disagree with me.

In 1994, a research group I was in looked at schools from preschool/daycare through Grade 12 in a large suburb. We found that the Number One concern of instructors, teachers, and staff was physical and verbal violence - even in daycare. I think violence should be a higher-listed priority.

If you disagree with the above 10 priorities as listed, or have additions, you can create an online profile with Healthy People 2020 and lodge your complaint or suggestion. Your name and email address are required, but you may choose your own Screen Name. Just visit the Health People link above and click on Public Comment. You can find open meetings to attend as well.

Apparently, the cost of treating physical abuse in women continues long after the physical injuries heal.

In addition, new information released in September 2009 shows that while boys are bullied and become bullies much more often than girls as of the 2000s, it is only the girls that suffer long-term consequences into adulthood. However, the frequency of bullyism in girls has risen since that time, so the situation may be even worse. Girls may bully and be bullied nearly as often as boys and still remain the only ones that suffer long-term.

This study looked at 3,333 women in the US Pacific Northwest over the course of decades.

Findings indicate that middle-aged women that incurred physical or sexual abuse as children spend up to 1/3 more above average health-care costs,

In fact, after factoring out age and education levels, females sexually abused as children had health care costs 16% higher than the non-abused; physically abused females spent 22% higher costs. However, females with both types of abuse, had costs that were 36% above average. These were women now in the late 40s.

Females incurring ongoing physical abuse were 2.5 times more likely to go to a mental health practitioner within the last year than the non-abused. Women that were psychologically abused long-term were 2.0 times as likely to seek mental health treatment.

Actual data from doctors' and other healthcare visits and prescription costs was gathered for accuracy.

Bullyism and abuse are well known to have spread beyond the school yard to include romantic relationships, the workplace, and even elder care, some religious institutions, and other venues.

A total of 5,038 children born in 1981 in Finland were followed and all pertinent information about bullying and being bullied was recorded through age 8 years. The children were studied until age 24 years.

All this seems to reinforce the findings of the first study that show that girls and women's healthcare costs rise long-term as a result of bullyism and abuse. They likely rise with a certainpercentage of males as well in these cases.

Additional studies continue in the work surrounding violence and bullyism in many countries. It would be helpful to study bullying in individuals in cohorts in which larger numbers of girls were found to be bullies. 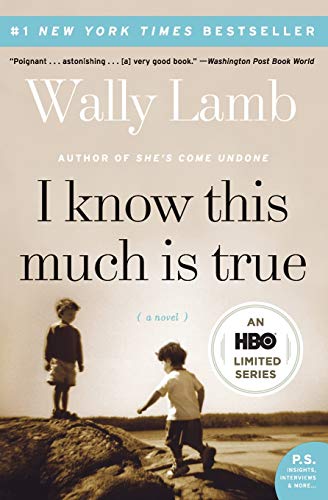 My own idea of a priority list for healthcare improvement in the US is more along these lines (below). I've included a poll so you can share your ideas as well.

What Health Indicator is Number One in Your Book?