Thank you for dropping by for installment two of The Human Experience. If you missed my first installment then what in the world have you been doing? I’m smiling as I type that of course!

The Human Experience will be a series of articles written about… well… us! It is my belief that we, as humans, are remarkable and that many among us have done incredible things during their lifetime that beautifully encompasses all that is great about mankind. I have no doubt that all of you know of someone who has overcome odds that might bring most of us to our knees, but through determination or attitude or other such qualities they have persevered and in fact thrived.

The Human Experience takes a look at that unique animal called man. What makes us tick? What is our sense of purpose? What do we seek for gratification? How do we need social interaction and how do our feelings and emotions affect our actions?

We are over seven billion strong and the numbers are increasing rapidly; seven billion unique individuals and yet we all have so many similarities. I guess I had two goals in mind when I started this series. First I wanted to highlight some special people in my life who have struggled, almost fallen but simply refused to give up. With that in mind this series is a celebration of life for all of us because that drive, that refusal to give up, is inherent in each of us.

The other goal I had was to hopefully highlight the fact that we really aren’t that different after all. If all of us could just get past the differences, the religions and race and sexual orientation, and just concentrate on the fact that we are all human beings, maybe we could take a huge step towards being all that we are capable of being.

With that introduction out of the way allow me to introduce you to Greg.

Greg and Marcy were married fifteen years ago and promptly had two spunky, energetic little bundles of dynamite, Bobby and Travis. Greg worked for a wholesale provider and Marcy was a teacher and they set about building a life for their family, a life built on love of family and a strong faith.

They bought their first home shortly after they were married. Both had saved some money and combined they were able to save enough for that starter home. On weekends they would take the boys to the park or picnics at the beach and truly it would be difficult to find two more devoted parents.

Two months after their fifth wedding anniversary Marcy was coming home from her mother’s house and was hit broadside by a drunk driver. She died two days later. Greg, to say the least, was devastated.

I met Greg two years after Marcy’s death. He had just come out of a thirty-day alcohol treatment center and he came into an Alcoholics Anonymous meeting on a day that I was chairing the meeting. He introduced himself as newcomers are encouraged to do and then set about building a new, sober life for himself and his two sons.

After a month or so I introduced myself to Greg and he asked me shortly after that to be his sponsor. Consequently I had the opportunity to get to know him well and in addition I became friends with his two sons. It would be impossible for anyone to meet his sons Bobby and Travis without liking them. They were and still are great kids who smile and laugh at life and are filled with a love of everything life has to offer them.

Greg, on the other hand, had lost something the day Marcy died and it was going to take some work for him to re-discover his love of life. To his credit he was determined and was a willing student as we set about rebuilding his life without alcohol.

My job, as Greg’s sponsor, was to pass on the lessons I had learned. We have a preamble in AA that goes something like this: “If anyone, anywhere, reaches out for help I want the hand of AA always to be there and for that I am responsible.” It is my job, as a recovering alcoholic, to make sure I am always available for those who truly want sobriety and all the gifts that come with it.

Greg and I worked the Twelve Steps of AA together and had many a heart-to-heart talk about the fairness of life and what Greg needed to do so he could be available to his sons as a responsible and loving father. It was hard work because we not only had to strengthen him from the beat-down that alcohol had given him but also we had to mend his broken heart.

There were many nights when the expected phone call would come from Greg saying he just couldn’t go on, that life was just too much, that he didn’t think he could be a good enough father for his sons. Always I would remind him that he could go on, that he was strong enough, that he did not have to face it all alone and there was support for him. It was a painful process for Greg and it was painful for me as well, but it was also one of the most rewarding experiences of my life, watching this broken man regain his ability to love himself and eventually love his life.

The real breakthrough came about five years ago….maybe it was six, I simply do not recall. Greg and I went to the cemetery to visit Marcy’s grave and he broke down at the grave site. After what seemed to me to be agonizing hours but surely was only minutes I told him we needed to say the Serenity Prayer together. “God, grant me the serenity to accept the things I cannot change; the courage to change the things I can; and the wisdom to know the difference.”

We were walking back to the car and he said to me, “I can do this.” And from that day on he has, indeed, done it.

Today you would be hard-pressed to find a more devoted and loving father. Greg quit his wholesale job to take a lesser-paying position that afforded him more time with his sons. He sold the house that he and Marcy had purchased and bought a smaller home that was more affordable. On weekends he is shuttling the two boys around to their games and cheering them on. On week nights he reads to them and plays catch in the front yard with them and makes sure that they always remember the mother who loved them so much.

I have had people ask me what gifts I receive from Alcoholics Anonymous. Well, besides the obvious gift of getting my life back I am also lucky enough to be able to work with people like Greg and marvel at the resilience of the human spirit. We humans are a remarkable species, capable of taking a head-on blow to our psyches and getting up off the mat to fight another round. I don’t know how many times Greg has thanked me for saving his life and I don’t know how many times I have thanked Greg for giving my life rewards that simply cannot be measured.

I am incredibly lucky! I should be dead; God knows I did everything in my power to be dead but somehow I survived three decades of alcohol abuse. As a reward for finally getting my act straight I now have been given the opportunity to work with people like Greg and reap the rewards of his sobriety. How damn cool is that?

I am humbled by Greg’s struggles and subsequent victories, just as I am humbled every single time I see people struggling in this thing called life and yet persevering despite the odds. As long as there is a breath in me I will continue to grab hold of any hand that reaches out for help, just as others grabbed my hand when I needed it. That, my friends, is called the celebration of life! 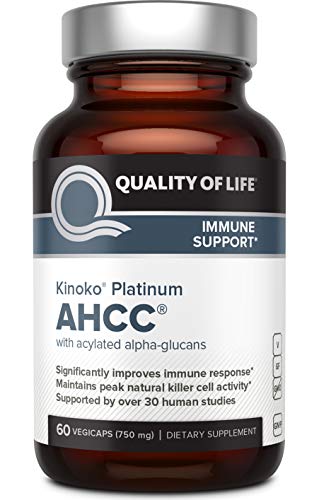 Do you know of someone like Greg who has overcome tremendous obstacles?