Treatment and Control of Phlegm, mucus in throat, chest due to COPD & Bronchitis.

Phlegm Meaning and its significance

Phlegm accumulation in respiratory tract is a congesting feeling with an inability to respire freely. It can lead to hypoxia, cyanosis (i.e. condition of lack of oxygenation) and can even further aggravate the disease condition and its associated symptoms.

Phlegm meaning: Scientifically phlegm is a muco-polysaccharide secreted by mucus lining of respiratory tract i.e throat, lungs . It is sticky, moist and meant to arrest any dust or particulate matter arising from the inspired air.

This phlegm is regularly removed by ciliary movement of the tract to cleanup the tract.So it is a protective phenomenon of the body

But in conditions like cold, COPD, asthma, chronic respiratory infections etc. its production is greatly enhanced and is of chronic duration which is disgusting as it requires frequent clearance for clear uninterrupted breathing and normal health..

Phlegm accumulation during any diseased condition can be seen by

1. Congestion in the throat & bronchi with an inability to breathe free.

2. Rattling sound in the chest or lungs during inspiration and expiration.

4. Cyanotic condition with blueness of face, limbs etc. due to improper CO2 clearance from the blood (in babies and aged people).

5. Inability to discard the accumulated phlegm due to stickiness.

Phlegm accumulation in excess occurs due to heavy inflammation of the lungs, throat and bronchial tissues.

So Heavy accumulation of phlegm indicates some infection and also decrease in ciliary function of the tract.

In conditions like T.B, COPD, Asthma, Cold & bronchitis this is a common symptom so phlegm treatment aims to.

1. Restrict infections: This can be done by an immediate diagnosis of the sputum and the use of suitable antibiotics against the diagnosed infection as treatment. Once the infection is controlled the phlegm accumulation drops down immediately.

2. Restrict Inflammation: Inflammation of the respiratory tract can be due to infection or inhaled irritants. Infectious by different classes of bacteria enhances inflammation and tissue damage. Irritable fumes inhaled in places like a factory, lab, road, etc enhance copious phlegm formation. So try to use a mask to abstain from their inhalation. Steroidal drugs can reduce inflammation so consult your physician for suitable steroidal drugs at your region for treatment.

3. Avoid smoking: Smoking, in general, aggravates phlegm formation due to its irritant effect on the bronchi, throat and lung tissues.

But some of the smokers believe that having a cigar puff enhances their breathing by activating their respiratory centers. But it is to be remembered that this habit is a primary cause of COPD so avoid smoking. Withdrawal from smoking in COPD, asthma patients decreases inflammation and also helps in faster control of infection by the use of prescribed antibiotics.

4. Stay in the dust-free environment: Dust in the air can as an irritant to the mucus lining of airways. It not only enhances phlegm formation but also promotes the chances of bacterial infection. So try to stay in dust-free environments. The use of a mask is suggestive but in COPD or asthmatic patients, this can be suffocating. So better stay in places of air free of dust pollution.

5. Proper Nutrition: Phlegm is itself a mucopolysaccharide (a form of carbohydrate). And since inflammation and infection are also in the picture, it is better to have protein-rich food to promote healing of inflamed tissue. It is advisable to minimize excess carbohydrate foods (like sugars) and also oily foods. Oily foods can aggravate inflammation greatly due to their irritant nature on the gut mucosa.

The above tips if followed religiously, helps you control the phlegm formation and besides promote the healing or decrease the speed of progression of your disease. 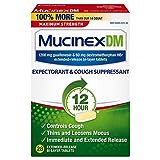