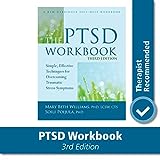 Can you imagine waking up, sweating from a horrible vivid nightmare? Probably, because if you are like me, it has happened before. Lying there heart racing, while the feeling of doom seems to weigh down your ribs to the point you can’t breathe.

Now imagine it happening during the day, while wide awake, only it isn’t a vicious nightmare spurred by a your mind while sleeping, but the memory of a traumatic event that occurred in your life at a previous time, flashing though the mind as vividly as the moment it occurred the first time.

This is just one type of anxiety disorder called Post-Traumatic Stress Disorder (PTSD). Like the other four main anxiety disorders: General Anxiety Disorder, Panic, Phobias and Obsessive-Compulsive Disorder this disorder can cause severe disruption of your normal lifestyle and your ability to function and interact on a daily basis.

This disorder differs from the other anxiety disorders because this disorder results from actual traumatic events and can linger weeks, months and even years after the event. David Myers in his book Psychology in Everyday Life defines PTSD as “a person has lingering memories, nightmares, and possibly other symptoms for weeks after a severely threatening, uncontrollable event (Myers, 2009).

Many people suffer from PTSD which is most recognized in Military, Police, EMT, and other first responders. It has also been diagnosed in normal population, especially after traumatic events like the attack on September 11, 2001. Myers went on to say that after the Iraq war “About 17 percent of them [soldiers] have reported symptoms of PTSD, depression or severe anxiety in the months after returning home.” He also pointed out that after 9/11 “20 percent of people who lived near the World Trade Center reported nightmares, severe anxiety, and fear of public places.”

WebMd.com stated that “Most people who experience a traumatic event will have reactions that may include shock, anger, nervousness, fear, and even guilt. These reactions are common; and for most people, they go away over time. For a person with PTSD, however, these feelings continue and even increase, becoming so strong that they keep the person from living a normal life.” (WEBMD, 2012)

Symptoms to this disorder are usually categorized into three categories:

Reliving: People with PTSD can and often do re-experience the traumatic event though memories and/or thoughts about the event. They may suffer from flashbacks, nightmares, hallucinations, and may be distressed by reminders of the event, such as location or anniversary date of event.

Avoiding: People suffering from PTSD often try to avoid people, places, thoughts or similar situations to those that originally occurred during the traumatic event. They may experience emotional “numbing”, detachment, forgetfulness of the event, lack of interest in normal events and activities, mood swings, and lack of future vision.

Like other anxiety disorders it is important to first seek medical care from your physician who will run a few tests to rule out any physical ailments that might be causing the symptoms for PTSD, at this point your physician will refer you to a mental health professional who can work with you to overcome the effects of PTSD. Treatment for PTSD is usually done by psychotherapy and or prescription drug treatment using anti-anxiety drugs and/or anti-depressants.

On a positive note studies have shown that early intervention with mental health professional (counselors, psychologists, pastors) can reduce symptoms of PTSD or prevent it all together.