What to Expect When Getting a Colonoscopy

I recently had my first Colonoscopy. My Primary Care Physician said that it was past due and this was important, especially since my Dad died of Colorectal Cancer. Family history plays a big role of when you should have your first Colonoscopy. My doctor insisted that I have one and sent me to a Gastroenterologist to schedule for the procedure. I was supposed to have a Colonoscopy at age 40, but neglected to do so. A week after my 43 birthday I finally got it done.

The main reason of a Colonoscopy is screening for Colorectal Cancer. In addition to this, it is to evaluate symptoms of: abdominal pain, rectal bleeding, or changes in bowel movement. Preparation for a Colonoscopy takes more than one day. I had dietary and fluid restrictions a few days prior to the procedure. I was not allowed to eat solid foods and I only had clear liquids (no red, orange, or blue dyes specifically). Also, dairy is not recommended for at least a week prior to the Colonoscopy because it can cause mucus, thus making it difficult to see any abnormalities.

As for medications, Aspirin and Ibuprofen were to be discontinued at least a week in advance because they can cause excessive bleeding. It was also advised that Iron should be stopped more than a month before, due to it causing constipation. If you regularly take certain medications your doctor will determine if and when they are to be discontinued. The same goes for any other instructions before, during, and after the procedure. These guidelines may vary depending on what your doctor finds suitable for you.

The Night Before The Colonoscopy

I had a shopping list from my doctor to gather things for the preparation the night before the Colonoscopy. I was instructed to start gathering these things a week in advance. This is what the shopping list consisted of: one box of Miralax 238 gram (8.3 oz.), Dulcolax Laxative Pills (not stool softeners), and two 32 oz. bottles of Gatorade (no red, orange, or blue). During the day I stayed hydrated and drank as many liquids as possible to avoid dehydration and to flush out the colon.

At around 6:00 p.m. I was instructed to take two Dulcolax Laxative Pills with an 8 oz. glass of water. Then I started preparing the Miralax mixture. I used half the box of the Miralax, put it and the Gatorade in a bowl, mixed them well, put the mixture back in the bottle with a funnel, refrigerated it, and an hour later began drinking it slowly within that hour. Then I repeated the process with the next two Dulcolax and made the Miralax-Gatorade mixture with the other half of the box and slowly drank it within the next hour. Before i was about to finish drinking the mix, I felt a cramping in my lower abdomen and had to use the bathroom. This occurred almost every 20 minutes for most of the night into the early morning. Needless to say, this was not pleasant. 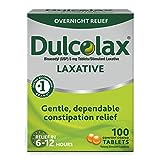 The Day of The Colonoscopy

My Colonoscopy was at 10 a.m. in the morning. I discontinued all liquids, including water, 4 hours prior to the procedure as instructed. Since I was going to be sedated we were instructed to arrange transportation for me. My spouse was able to take the day off to accompany and drive me to and from the Colonoscopy. When I first got there they asked questions regarding the whole process and they took my vitals.

I was then wheeled on a gurney into the room where the procedure was going to take place. The doctor informed me that they were going to administer anesthesia. She asked me if I preferred being completely sedated or conscious and able to watch my Colonoscopy from a screen. All embarrassment aside, I told her I absolutely would love to watch. She then asked me if I had a preference in music and I told her to play anything calming like New Age or Classical because I was not going to prolong things by asking her, "What's on your playlist?".

The doctor and her staff then proceeded. I felt warm and fuzzy like I had a glass of red wine because of the anesthesia. I remember a blurry, but pleasant journey through my intestines. It was an amazing experience and I am glad I chose to watch. The maze like organ of the intestine is long and winding. As we were traveling through my intestine, my doctor and her staff were making comments such as, "Wow! It is perfect!". Sort of cheering me on because there was nothing that seemed abnormal, what a relief! The other bonus was that I didn't feel a thing during the whole process because of "twilight sedation", which is when you are not totally unconscious.

After the procedure, my doctor told me that since everything was healthy I didn't have to have another Colonoscopy for 10 years. I was happy to hear that and glad that this was over with. I was then held in an after care room for about an hour. Then a nurse walked me into the waiting room where my husband was ready to drive me home. The doctor gave me after care instructions for home which basically said to rest, drink liquids, and proceed with eating solid food. They followed up by calling that evening to make sure everything was fine and told me to call the office in a week, which I did.

My experience went a lot better than what I imagined prior to the whole thing happening. If a Colonoscopy is in your near future know that there is not a reason to be fearful. It won't hurt because you are sedated and it goes by before you know it. Furthermore, it is important to go to your doctor and to schedule a Colonoscopy if you are 40 years old and have a family history of Colorectal Cancer. If there is not a family history you can go when your are 50 years old. However, take all advice directly from your doctor.