What You Should Know About Swine Flu

What led to widespread panic in 2009 with The US Secretary of Homeland Security Janet Napolitano declaring the swine flu outbreak as a public health emergency at a White House news briefing, has now become "just another flu". Let's take a look at what swine flu is exactly and what precautions you can take to protect yourself and your loved ones from this illness.

Swine influenza (or swine flu) is a respiratory disease in pigs which is caused by the Type A influenza virus. There are mainly four types of influenza Type A viruses. The most recent Type A viruses found in pigs has been the H1N1 viruses. Pigs usually get very sick due to the virus, but you will rarely see a pig dying from it.

Over the course of many years only one or two swine flu cases in humans have been reported annually in the US. And this has mostly been among humans who have come in direct contact with infected pigs. However, there has been an increase in the number of swine flu cases since 2005 and the number keeps on going up every yeara, and this is not just in the US but around the globe.

Symptoms of swine flu in humans

The symptoms are not any different from regular seasonal flu symptoms. Fever, cough, lack of appetite, and fatigue are the common symptoms. These symptoms may also be accompanied with a runny nose, sore throat, vomiting, diarrhea, and nausea. So, the only way to know whether you have swine flu or just the regular seasonal flu is to get a lab test.

How can you get infected with swine flu?

The first thing you need to know is that you do not get swine flu from consuming pork. If the pork products are properly handled and cooked at a temperature of 160°F, it does not only kill the swine flu virus but all other viruses and bacteria.

The most likely way that the virus can be transmitted from pigs to people is direct contact. So, working in pig barns or coming in contact with them at fairs are two of the most common places you can get infected.

However, the recent human infections have actually been found in people who have had no direct contact with pigs. This basically means that human-to-human transmission of the virus has occurred in these cases.

Prevent Flu by Buying These Immune Boosters from Amazon 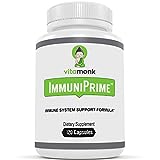 How to protect yourself from swine flu

Here are some steps that you as an individual can take to protect yourself from the swine flu virus: