Zoonotic Diseases You Can Get from Your Cat or Dog

As a dedicated pet owner, you share lots of precious moments with your pets, from leisurely walks in the park to cozy evenings spent in front of a crackling fireplace, however if there is something that you may not want to share with your pet it is a zoonotic disease. Zoonotic disease may appear like a complex word, but all it depicts is a disease that can be transmitted from animals to humans. There are several zoonotic disease that in particular may be transferred from felines and canines to humans. Following are some of the most common.

Zoonotic Diseases in Cats and Dogs

Among all of the zoonotic diseases Rabies is one of the most serious conditions, that can be transmitted from pets to humans. In order  for a pet owner to contract the Rabies disease the pet must be bit by an infected rabid animal and then the pet must bite the owner or the pet's saliva must somehow get in contact with an open wound. Because this disease is potentially fatal, now the rabies vaccination is mandated by law in most States, this has caused the  incidence of this disease to lower considerably.

This disease is mainly transmitted by cats even though it is mostly transmitted by eating undercooked meats. Generally cats become infected from eating rodents, birds or other animals infected by toxoplasmosis. This parasite then  is shed in the form of oocysts in the cat's feces. People may become contaminated by accidentally ingesting oocytes after cleaning the litter box or somehow being in contact with the cat's feces.  According to CDC, pregnant women are particularly vulnerable because toxoplasmosis may be passed to the unborn child.

The main culprit is Campylobacter jujeni and Campylobacter coli. Puppies and kittens may often be affected by this bacterial conditions and tend to typically develop a watery diarrhea, fever, cramps and vomiting.  Humans get the disease upon getting in contact with the dog's infected feces.. Affected  pet owners will develop bloody diarrhea,fever, nausea and vomiting. Those with a compromised immune system are more likely to be vulnerable to this condition.

As the name implies, this condition derives from being scratched from a cat, however it may also be transmitted by a bite. Not all cat scratches or bites will bring this disease. In order to catch this disease the cat must be affected by Bartonella henselae. Humans will develop swelling and a mild infection at the injury site often accompanied by enlarged lymph nodes. In some cases, there may be also headache, fatigue and fever.

This fungal skin disorder presents in dogs and cats as various areas of hairless round patches. This annoying skin condition is transmitted mainly via skin contact. For this reason, this condition is ultimately prevented by practicing good hygienic measures such as thorough hand washing after petting a dog or cat  possibly affected by ringworm.  Treatment in humans consist of effective anti-fungal creams while dogs and cats must undergo lyme dips and a course of medication.

Roundworms are worms that  resemble thin strands of spaghetti and are often found in the digestive system of dogs and cats.  A large amount of puppies and kittens may be affected often presenting a typical pot belly appearance and symptoms of digestive upset. When a dog or cat infested with roundowrms has a bowel movement, several eggs are successfully shed in the soil.  Humans may be affected as well if they are in contact with this soil and somehow ingest the eggs. Obviously children are particularly  vulnerable since they often play in the dirt and then tend to bring their fingers to the mouth ingesting the eggs. The eggs once ingested grow into larvae and tend to migrate (larvae migrans) sometimes settling in the eye potentially causing blindness. It is recommended to have all dogs and cats de-wormed on a regular basis.

As seen, Fluffy or Fido may share with humans more than we would would like. The bad news is that the list does not end here. More zoonotic cat diseases and dog disease may be found on the CDC website. The good news is that many of these diseases may be prevented by adhering to strict hand washing habits,  avoidance of scratches and bites and generally good hygienic habits. 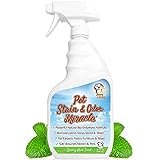