What is Attention Deficit Hyperactivity Disorder (ADHD) in Children?

All Natural Mom's Guide to the Feingold Diet: A Natural Approach to ADHD and Other Related Disorders
Buy Now

What is ADHD in Children?

Attention deficit hyperactivity disorder (ADHD) previously referred to as Attention Deficit Disorder (ADD) is believed to be a genetically inherited disorder of the brain. ADHD is a condition that affects some children in the pre-school and early school years; some adults also display symptoms of this disorder; however, for the purpose of this article, we will be looking at children with ADHD.

When people refer to these types of disorders, the first thing that comes to mind is hyperactivity. But some children display all the symptoms of ADD without hyperactivity. These kids are easily distracted and bored, whereas, the hyperactive child turns the distraction into action.

Children with ADHD or ADD have average intellect, but they find it difficult to process what is important. Some experts say that ADHD occurs as a result of an imbalance of the chemicals that transmit messages to the brain, and impairment of part of the brain that affects behaviour such as controlling attention, concentration and impulses.

Since approximately 40% to 50% of children with ADHD also have a parent or relative with ADHD, heredity seems to be a major risk factor

However, without definitive evidence the discussion continues; is this condition caused by, brain disorder, bad parenting skills or a combination of genetic and environmental factors? The Jewry is still out.

Whatever the cause of ADHD may be, research shows, as many as 2% of children in the United Kingdom and 3 to 5% of every child in the United Stated are suffering from ADHD.

Studies are currently focusing on how ADHD links to the structure of the brain and brain chemistry such as neurotransmitters dopamine and adrenaline that regulates attention and activity; they are also looking at differences in parts of the brain affecting impulse, control, and attention. According to the Lancet, Scientists from Cardiff University have found the first direct genetic link to ADHD; the disorder is said to be a brain disorder similar to autism.

Causes of ADHD. For some children ADHD can be the result of:

Some experts believe diet and nutrition may play a part in the increased risk of ADHD e.g. Food additives, refined sugars, foods causing allergies and sensitivities.

Experts believe, there is a lack of nutrients necessary for proper brain functioning in children with symptoms of ADHD, suggesting a change in diet may reduce the symptoms of ADHD; however, there is not sufficient evidence to support this theory.

There are many misconceptions about ADHD; most people believe it is due to bad parenting skills, and I have to say, I also thought this to be true, but my perspective soon changed.

I witnessed at first hand, the difficulties parents face when a child display signs of ADHD, and the nightmare impact ADHD can have on the whole family if ADHD was a result of poor parenting skill, why do the other siblings behave so differently when the family dynamics and parenting skills remain the same?

There are no studies to support the idea that ADHD results from inadequate parenting skills, scientists agree that ADHD is a medical disorder affecting areas of the brain.

Symptoms of ADHD in Children 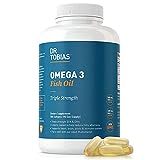