Where We Get Safe Water

“By faith we understand that the worlds were prepared by the word of God, so that what is seen was not made out of things which are visible ”. (Hebrews 11:3)

Water is the most abundant liquid on Earth and it represents the most important natural resource and is the basis of all life. Water can be considered a renewable resource when its use is carefully controlled, processed and released. Otherwise it is a nonrenewable resource in a given locality.

Water is the principal and essential component of the human body. Human beings cannot be without drinking water more than five or six days without endangering their life. The human body has 75 % of water at birth and nearly 60% in adulthood. Approximately 60% of this water is inside the cells (intracellular water). The remainder (extracellular water) is circulating in the blood and bathes the tissues.

Water on our planet

On our planet, water occupies a high proportion in relation to dry land, and it is found in different forms:

Approximately 97% of the planet's water is salt water in seas and oceans; just 3% of total water is fresh water (no salt) and of that amount a little over two thirds is frozen in glaciers and ice caps in poles and high mountains.

Reservoirs are lakes constructed by man for the purpose of storing water for domestic and industrial consumption, irrigation, power generation and flood control. 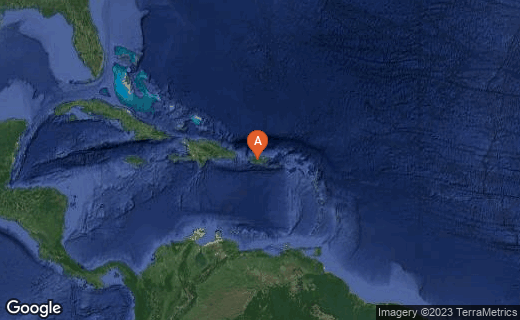 In Puerto Rico, the dams were built in the mountainous area in order to retain the maximum volume of water in the surface space possible so our artificial lakes are deep and its banks have a steep decline. The recreational activity that takes place in these reservoirs is emerging as a secondary benefit of damming rivers. It highlights the tour boat and recreational fishing. Supported by the Isle, species such as bass, the peacock bass, sunfish, the bearded catfish and tilapia, were introduced. Another specie introduced was shad which serves as food for other fish species.

During the last years in the Puerto Rico communities, environmental groups and government agencies have been expressing concern about the situation of water resources, considering it as a critical level both from the aspect of quality and the availability.

The reservoirs of the island are being affected by a number of problems such as organic and inorganic pollution, excessive growth of aquatic vegetation and the rapid accumulation of sediments. These problems limit the storage capacity and the quality of the impounded water. The lack of rain has made our reservoirs lose some of its storage capacity for the rapid increase of sediments reaching them, mostly as a result of human activities such as clearing for agriculture, urban development sprees and inadequate disposal of solid waste. This situation has led the government to set policy and develop legislation, regulation and infrastructure projects aimed at the implementation of adequate controls in watershed management for the protection and proper use of water resources. In addition, discharges from waste-water treatment systems used, poor practices in farming and communities without sanitary sewer system are other causes that threaten the quality of our water bodies.

The Water Law of Puerto Rico (Act No. 136 of June 3, 1976) requires the Commonwealth, through the Secretary of the Department of Natural and Environmental Resources (DNER), "... to prepare, adopt and maintain a "Comprehensive Conservation Plan, Development and Use of Water Resources of Puerto Rico in consultation with the Water Resources Committee ... " It specifically states: "This plan will specify the current uses of country's bodies water and project the future. In their preparation the Secretary shall have present the hydrological cycle and the needs of natural systems, social and economics resource that dependent for their livelihood and development ".

We ask ourselves: “Has The Comprehensive Plan of Water Resources been developed in line with these requirements of the Water Act?

Many Puerto Ricans have invested in water tanks (or cisterns). We are one of those since the location of our home presents several kind of problems with the government's water provider plan.

Leave me without electricity but I will not live without water, actually, who really can?

In our home the water from the cistern or tank is used for bath and other house necessities. We do not drink from it, neither use it for cooking. We buy water to drink and for cooking matter we get it from a natural provision set up by the Municipal of Carolina; wondering if both are really safe for our health???

As nature lovers, we know that from the seas, rivers, lakes, and even from living things water evaporates into the atmosphere constantly, until there comes a time when the water rushes back into the ground. From this water that falls, some evaporates, other runs off the land surface into rivers, lakes and oceans, and the remainder infiltrates into the soil layers and also flows underground into rivers, lakes and oceans. This groundwater is used by the plants, which then again is returned to the atmosphere.

The Bible has all the answers for our human living nature in 1 Corinthians 10:25 says; "Eat anything that is sold in the meat market without asking questions for conscience' sake; " for than, we will drink also having faith by what it is written in Mark 16: 17-18 "These signs will accompany those who have believed: in My name they will cast out demons, they will speak with new tongues; they will pick up serpents, and if they drink any deadly poison, it will not hurt them; they will lay hands on the sick, and they will recover.”

Water for the people

Do you trust the water you drink?

It is the duty of all, the care of our hydrological resources, create the awareness that water is one of the most precious of nature and the important role that it plays in the lives of all living things.

We can not live without water by any means! Jeremiah 2:13 says: "For My people have committed two evils: They have forsaken Me, The fountain of living waters, To hew for themselves cisterns, Broken cisterns That can hold no water." Jesus is our hope. He said in John 4:14: "but whoever drinks of the water that I will give him shall never thirst; but the water that I will give him will become in him a well of water springing up to eternal life."