Why Do You Have Nausea?

You may have heard it said many times that feeling sick is worse than actually vomiting and I can vouch for that. For the last three years I have had bouts of nausea that last for several months at a time and then quietly disappear for months too. The onset is sudden and I literally wake up feeling sick one day and it stays with me. The mornings are always the worst but the spells of feeling sick to my stomach come and go in waves throughout the day - every day.

Having just had my third bout of this affliction, I was determined to get to the bottom of it all because doctors continually drew a blank when trying to ascertain the cause. I would get the usual run of the mill blood tests and everything would come back normal. Because of this my doctor would always fall back on the idea, that my acid reflux problem must be causing it. Nausea actually isn’t a common symptom of reflux (GERD), but can sometimes occur. The trouble with nausea is that it can have so many root causes; too many to list. 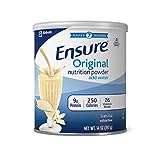 Each time I would wake, the powerful stomach feeling would hit me, similar to the sensation you get just before an important interview but then times more powerful. I didn’t heave or retch and never actually vomited. I couldn’t face eating and so I would start to lose weight, once losing about nine kilos in three months. I usually ended up on nutritional supplement drinks such as Ensure Plus or Fortisip because I became weak and felt so lousy I even took to my bed some days.

In the past I have had anxiety disorder problems and bouts of depression, so that naturally came up in the doctor’s surgery as a possible cause too. I knew deep down it wasn’t anxiety, but I had to admit that the very fact I was feeling so sick every day did worry me and stress produces anxiety. This was a chicken and egg poser and I felt sure any anxiety I did have was being produced by the fact I felt so physically ill. It also affected my mood somewhat. It’s no fun feeling like you want to vomit to the point where you don’t want to go anywhere or do much.

Gall bladder problems were mentioned briefly, but I had no pain anywhere so that idea was quickly dropped. I just seemed to deteriorate physically for a few months and then as quickly as it all appeared I would be better. Of course I would Google my symptoms repeatedly in the hope of finding out the root cause, but I found so many illnesses in which nausea could be a symptom that I just tied myself in knots – and scared myself to death some days so I stopped searching.

Instead I kind of learned to live with it all. I am not sure my family understood how terrible I felt because you can’t see nausea! I was miserable and didn’t want to join in anything; in fact some days I didn’t even want to converse with anyone.

On one flare up I was admitted to hospital for investigation due to the weight loss and dehydration. I had CT scans of the head and abdomen where a kidney tumor was found, but that apparently didn’t have anything to do with the nausea. Because the tumor was cancerous, all attention diverted to that as it naturally would. I had an operation to remove the offending kidney and by the time that was over I wasn’t nauseous any more anyway!

It wasn’t an anxious type of feeling sick, even though at times it did almost feel like butterflies in the stomach

It didn’t seem to be coming from my acid reflux and taking PPIs, the standard treatment for acid problems did not make me feel any less sick

It wasn’t my gall bladder or something sinister as that would have been found during the endoscopy and scans whilst in hospital. The kidney cancer had nothing to do with it.

All blood tests revealed nothing

During this last bout I was as miserable as ever. I was fed up to the back teeth of not having a reason for feeling nauseous. I am okay with being ill if I know the cause. If you know the cause you can commence treatment, but for me there wasn’t any really. I got awful side-effects from two different anti-emetics (anti sickness pills) and ended up on Domperidone but that didn’t seem to work too well anyway.

I bought ginger tea-bags and ginger ale. I didn’t like the ginger tea very much although it did seem to help a bit. Flat ginger ale became my main drink of the day. It took the edge off the nausea for a couple of hours at a time; enough time for me to eat a little. My breakfast was two dry crackers or a piece of burnt toast (charcoal is good for nausea), and a glass of ginger. This set me up for most of the morning.

I tried to keep myself as busy as possible because when you feel you may vomit, it always becomes worse when you sit and think about it.

The Cause of my Nausea Revealed

I had noticed during the last flare up, that I was swallowing a lot and that I seemed to have a lot of excess saliva. I knew people generally salivate more when they feel sick so didn’t make too much of that. Thinking back, this had happened in previous bouts and I had developed a slight cough each time; nothing big, just more of a clearing of the throat. I remembered this was normal for me during times of nausea.

I have suffered with sinusitis on and off for many years, being one of those people who inevitably end up on antibiotics for sinusitis after a heavy cold. Prior to my last bout of nausea, some weeks before its onset, I had taken three courses of antibiotics to clear a sinus infection after such a cold virus. Although my memory didn’t allow me to recall if I had had sinusitis before my last nausea flare-ups, I did think it a big possibility as it happens every year at some point.

Then I remembered my children having heavy colds when they were small and having a lot of mucous. I remembered how they vomited and how much mucous I saw in that vomit. A light bulb had gone on for me! Perhaps what I had though had been saliva was actually mucous.

I decided to spit out anything that was in my nose and throat instead of trying to cough it away or swallow it, which I had been doing and simply hadn’t seen it as important. I know it sounds disgusting but for a week I did nothing but bring up and spit out so much mucous you wouldn’t believe! After a week my nausea was so much better.

Have you ever suffered from post - nasal drip and nausea?

I went to see my doctor and told her my theory. She nodded in agreement, fully accepting that this could indeed be the cause. Common old post-nasal drip can cause nausea. She looked up my nostrils and told me they were inflamed and gave me a nasal spray too. Although my theory to some extent is proven, she hasn’t ruled out allergy yet as the cause of the post nasal drip.

I am now three weeks down the line and the nausea has completely disappeared after two weeks of bringing up mucous. I had been continuously swallowing the mucous over a long period, and this had been settling in my stomach and causing me to feel like I wanted to vomit. It really was that simple – so simple that my doctor had completely missed the connection.