Maternal Health Down the Drain in America, Especially in Georgia

Concerned, I read 100 pages of medical research and a handful of sketchy press releases about increasing death rates among women in infant delivery and one-year postpartum, around the world.

The related information about the United States is not good for the decade 2003 - 2013. Our rate of maternal death increased. Further, countries having better rates than the USA include China, Russia, and the UK.

Delving through the research was quite frustrating, because nowhere did it state the names and rankings of the Top Eight Countries with Increasing Maternal Mortality Rates (MMRs).

A few media sources mentioned two countries each in the Top Eight, but the Central African nations were not named. Therefore, I looked through 180 countries' worth of data to find the full Top Eight with worsening problems of maternal deaths.

While the MMR is rising across America, the worst rate occurs in Georgia.

Maternal Mortality is a mother's death related to pregnancy.

Definition: "Death of a woman while pregnant or within one year of pregnancy termination from any cause related to or aggravated by the pregnancy or its management."

Pregnancy termination refers to instances of miscarriage (spontaneous abortion), purposeful abortion, removal of ectopic pregnancies (inside the Fallopian Tubes, which is deadly), fetuses dying in the womb, and others.

Marked Increase In MMR After 1990 in the USA

The Case of Georgia

The Georgia State Department of Public Health announced that several projects would be put into action early in 2014 to stop maternal deaths. Partners in this project include other women's, nurses' and health organizations.

Of particular importance is the “Postpartum Hemorrhage Project” that is also being operated in Washington DC and the State of New Jersey. Its goal is to stop women from bleeding to death.

In addition, the CDC reports that increasing numbers of pregnant American women suffer from chronic health conditions, including hypertension (high blood pressure), diabetes, and chronic heart disease. While the CDC does to specifically relate these to maternal death, it is known that these conditions increase risk for procedures such as surgery.

The demographic category "Black/African American" is not the explanation for the highest MMR in the US being found in Georgia -- Mississippi has a higher percentage of Black residents in equal proportions male and female (31% & 37% African-American per state, respectively). African Americans, Hispanics, and Native Americans do, however, suffer from higher rates of hypertension and diabetes cases than do whites.

One marked rise in US maternal deaths occurred in 2009, attributed to the H1N1 flu pandemic of that year.

Every Mother Counts - One Dies Every Two Minutes

On every Mother's Day and every other day, 800 women lose their lives during pregnancy or childbirth. That adds up to one woman dead every two minutes. That's 120 seconds. That's the maximum amount of time McDonald's says that a customer should stand in line.

Where MMR is Increasing 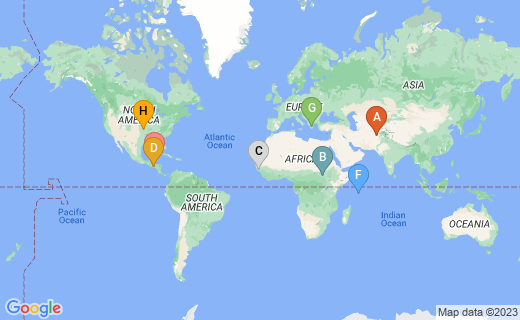 Mayo Clinic Guide to a Healthy Pregnancy: From Doctors Who Are Parents, Too!
Buy Now

Only eight nations out of 180 countries round the world experienced an increase in MMR during the decade 2003 - 2013. These include:

While America is at the bottom of the list of eight, our country still experiences a rise in MMR. However, medical advancements, technological innovations, and the status as a high-income country would indicate that the MMR in the United States should be decreasing.

Other Problems of Young Women

The Maternal Management of Children; In Health and Disease
Buy Now

Some individuals blame Obamacare for the increasing MMR in America since 2003, but Obamacare was not in effect until 2013, when only parts of the program were initiated.

Researchers of a major project combining 61 studies in MMR defined nine causes: of these deaths:

Prenatal, labor/delivery, and postpartum healthcare are all important in the life of both the infant and the mother. A woman planning to have children would best attend to adequate healthcare for herself before becoming pregnant as well.

Reference: Kassebaum, Nicholas J. "Global, regional, and national levels and causes of maternal mortality during 1990–2013: a systematic analysis for the Global Burden of Disease Study 2013." Lancet. Pages 1-24.May 2, 2014.

Some Countries Better than USA at Reducing Maternal Deaths