Mexico Became the Fattest in the World

The Hubber blogdigz asked the question: How does childhood obesity affect children?

At one time, American and some Western European cultures held the belief that obesity, especially in businessmen, was a sign of success and wealth.

Today, obesity is a major problem in the USA and children are affected by it significantly. This is especially true since 1980, likely attributable to changes in technology, an increase in sedentary entertainment options, and changes in the food production and dining industry.

In addition, Mexico surpassed the USA in obesity in 2013 and has stayed at the top for the most populous nations in North America.

Mexicans say that Vitamin T is the problem -- Tacos, Tamales and Tostadas.

Since the 1990s, they also enjoy USA fast food that came to Mexico - burgers, pizzas, and deep fried chicken.

The Fattest In North America Since 2012 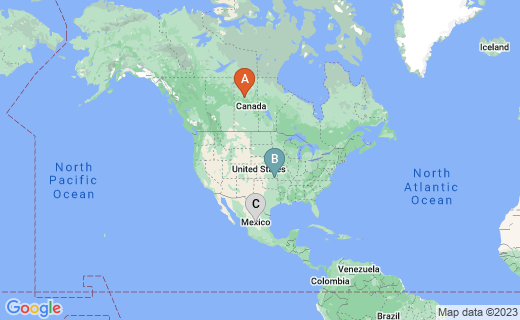 Declared the fattest in the world by the UN in 2013.

Obesity can lead to sleeping disorders such as sleep apnea.

Obese children and youth are at risk for Type II Diabetes, heart attack, and stroke; joint and bone problems; and eating disorders. Obesity can lead to sleeping disorders such as sleep apnea.

Obese children often are less capable of concentrating on schoolwork, sluggish, and sometimes lethargic. These youth can be depressed and suffer low self esteem and seem to be frequent targets of bullies and cyberbullies.

On top of all this, some parents purposely overfeed their children as a form of abuse with all of the associated effects. Other effects may emerge as obesity persists among American children and youth.

Epidemiology of Obesity in Children and Adolescents
Prevalence and Etiology

This article is very interesting and up-to-date, since it begins with 2007 data. It explains that in North America among a population of 440 million individuals in 2007, the three nations enjoyed different potential life spans (gender not considered):

Infant mortality/death rates followed the same pattern, by UN statistics, being 4.8, 6.3, and 16.7 per 1,000. Mexico visibly suffers the dramatically largest infant mortality, almost three times that of the USA.

Why the differences? -- Most of the public might point to poverty, lack of medical/health care, and fattening foods in Mexico. Is this true?

How about childhood obesity in these three countries? The article provides a lengthy discussion of the different ways to measure childhod obesity, settling on Child Body Mass Index (BMI) for Mexican children and the latest relevant data being from 2006 surveys. Newest Canadian information came from 2004 and involved childhood height and rate comparisons.

United States of America - The Fattest For Many Years

Lead researcher on this article, Cynthia L. Ogden, PhD, is well versed in using and producing health statistics, including those related to childhood obesity.

Ogden deliveered the keynote address at the University of Alabama at Birmingham School of Nursing for a 2009 event titled Childhood Obesity: Trends, Treatments, and Troubles. Dr. Ogden is, in fact, an epidemiologist for the US National Center for Health Statistics of the CDC. She examines the prevalence and trends of obesity in America.

No "Grand Obesity Survey" was available to administer for all of the North American Countries at the time of this study in the mid-2000s, so the definition of 1) overweight and 2) obese (severe overweight determined by some threshold measurement) likely differed among the three nations of interest.

Dr. Ogden and her team therefore applied International Guidelines to the data they gathered from Canada and Mexico. The international guidelines provided a sort of common denominator or a translation of the three data sets into a new "language" that made sense for each of the three.

These guidelines were the definitions as posed in the International Obesity Task Force (IOTF) definitions. For America, BMI or Body Mass Index was used.

Before Mexico took the top obesity position, he research team found that among children and youth examined by surveys and the data Scrutinized through international guidelines.

From these results, we saw that America had the largest proportion of obese children and youth, followed by Mexico, while Canada had the smallest percentage. Then things changed!

Mexico Takes the Lead In Obesity

The The United Nations Food and Agricultural Organization reported that Mexicans are now the most obese of all the world's larger nations, even as they battle hunger and malnutrition in 2013.

The same people who are malnourished are the ones who are becoming obese.

Too Much Unhealthy Food

I can think of several inventions and cultural changes that contribute to sedentary behavior in American K-12 youth. Some major items include:

Other Changes That Can Increase Obesity

Some Solutions For Childhood Obesity