How to Make Your Life Better by Thinking Positive

What Difference Do You Make?

Positive thinking has been talked about a lot in the media lately. Some have called it a secret, though if it is, it's not a well kept one. The mind is a powerful thing, and our thoughts are the ammunition. What we tell ourselves can profoundly affect our whole lives and even those around us.

You may have heard before that even something as small as a smile offered to a stranger could impact that person's whole day. If you have heard it, you may have even doubted the veracity of that thought. But before you dismiss it entirely, there are a few things to think about.

How We Feed off Each Other

So often we get so lost in ourselves, as we get caught up in what life is throwing at us, that we don't take notice of anything or anyone else. Sometimes our thoughts are just so automatic we don't even stop to take note of what we're telling ourselves, or what we're putting out there into the world. We're just on autopilot.

We don't think about the other people who are going through trials of their own. Most of us just become extra focused on getting from point A to point B with little thought of those we come across along the way. Perhaps we get cranky with the customer service rep. on the phone, or we slam the door in a sales person's face, or we decide not to tip that waitress because she was late on refilling our drinks, or we make a snarly comment to the mother whose child throws a tantrum in the store. The list goes on and on, and we think little of the people we've come across or the the interactions we thoughtlessly had with them.

We don't stop to think about how that service rep. on the phone probably hates their job as much as we hate talking to them. Perhaps they took this job out of desperation to feed their children in a down ecomony where they could find nothing better.

That sales person at the door could be just one week from a homeless shelter and is scratching to make a living in a time when more and more people are closing their wallets. They walk from door-to-door, knowing that at least 19 times out of 20 they're going to get it slammed in their face. But they keep on smiling, because that's their only weapon against that slamming door. They keep on going whether it's heat exhaustion weather or the frost bite kind.

That waitress has been on her feet for hours and has been yelled at for food mistakes that are beyond her control. She depends on our tips to make sure she can pay that medical debt, or buy diapers for her baby, or put gas in her car. Her back hurts, her feet hurt, and she has to keep everyone's orders straight in her head, but she still has to smile and be nice no matter how ignorant a customer gets with her or she will lose her job.

That mother in the grocery store is scrambling to get her child under control while trying to get the things that she needs to keep her household running smoothly. Her head is more than likely splitting with pain from both tension and the wails of her little one. Her normally well-behaved child missed their nap today because of a last minute doctor appointment and as a result has just morphed into a monster in front of a crowd of people. She's embarrassed and struggles to keep her emotions under control because if she's too rough with her child then someone could report her, but if she doesn't respond enough then others will say she's a lazy parent. She's torn between gritting her teeth and making it through the checkout, or leaving her full cart where it is and taking her child with her out the door.

We don't always know the circumstances of those people we come into contact with. They're facing their own hardships, though we don't get to see those things unfold, and so we think little of our interactions with them beyond the fact that these people have done something, or failed to do something, that made our day go less smoothly. 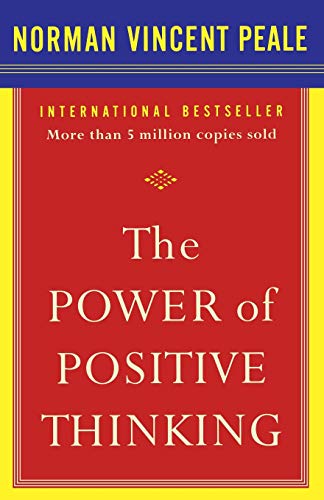 Even the Little Things Matter

I drove into town one night when I saw something I've seen a least a hundred times before and usually dismissed without much thought. It's become quite commonplace to see employees holding signs offering a variety of goods and services for businesses.

This particular street I was driving on often has at least two employees shivering their buns off in the winter, or getting sunburned in summer, holding signs offering hot and ready pizza for five bucks. This night was no different in that there were again people out on the sidewalks holding those giant signs, but this time one of those people caught my attention.

No, it wasn't because I was craving pizza (and if I were, I don't really know that a sing would make much difference to me). It was the person holding the sign. Up to this point, I'd only felt a passing sympathy for the poor fools who got talked into that job. I figured they were either desperate or family. But this man was different.

It was freezing outside, the traffic was thick, but this guy looked like he was having a blast. Like several other workers, he had earphones on and was obviously listening to music, but unlike the other workers who would be looking miserable or just plain bored as they looked at their toes, their phones, or their Ipods, this man had a smile on his face and he was dancing! Yes, dancing. He put his whole body into it, with the sign as his prop and he looked like he didn't have a care in the world. I could almost hear what he was dancing to as I watched him.

I went from worrying about the millions of things I needed to get done, to smiling bigger than I had most of the day. No, I didn't go buy a pizza, though honestly, he nearly convinced me. But I stopped focusing on whatever was troubling me and started thinking about this man who probably had what most would consider a very undesirable job, but looked like he was enjoying it anyway.

I wondered if it were a one time thing, and started to pay attention when going into town in the following days. Without fail, whenever this man was working, he was entertaining and throwing himself into what he was doing. With this seemingly small thing, the energy he put out for all to see impacted those who came across him. One couldn't help but take note and feel lighter from this man's presence, activity and attitude.

How Can We Change Things?

On your worst day, think about the things you're telling yourself. Chances are the thoughts running through your head are negative in nature. Your mind is more than likely shooting out one bad thought after another as a result of the undesirable things occurring throughout your day. While it may come naturally to feel like you're being picked on after a flat tire, a missed appointment, a sick child, a mountain of debt, etc.--you can change the way you think about these things and your overall feeling throughout the days when these hard times happen.

The Power of Your Subconscious Mind
Buy Now

Choose Who You Want to Be

The fact is, that often we become who we tell ourselves we are. If we say we're good for nothing and matter little, then our lives will reflect that and so will our feelings and interactions with other people.

If we tell ourselves we can't do something, then we've given ourselves an out before we even try. If we do still manage to make an effort while telling ourselves that we're going to fail, then it won't be our best effort because we've already decided that we can't do it. We're setting ourselves up prematurely to fail.

If we say we are unhappy, we will be. If we say that something scares us, it will. If we say we're short-tempered, then we've given ourselves the excuse we need to blow up.

Conversely, if we tell ourselves that we can make it through, then chances are, we will. We won't let anything get in our way, we've set a goal and we aim to achieve it no matter what happens. If we do fall short even after this, then we still don't feel like failures because we know we put our best foot forward and did all we could. We haven't gone away empty-handed.

The mind is extremely powerful. It's perhaps the most powerful and valuable thing we all have. Use it well, and you will do great things and feel a happiness in your life that you never knew was possible. In that one choice, you will affect many others as well.

It just so happens that the age old adage is true: We should always think before we act.