The Ultimate Guide to Your Warfarin Therapy: Everything from Missed Doses to Side Effects

Protect yourself from mistakenly being given medicines that may interact with Warfarin:

Warfarin is referred to as an oral anti-coagulant drug which essentially stops the blood from clotting. The way in which Warfarin does this is by decreasing the production of Vitamin K, a vitamin that is involved in forming clots in the body. People commonly say that Warfarin ‘thins’ the blood, but in actual fact, it just decreases the formation of clots.

It takes around 48-72 hours for the anticoagulant effect to be seen, but the effect of Warfarin on the blood needs to be carefully monitored because the blood must not lose its ability to clot completely (this could cause massive blood loss, both internally and externally, if you are injured or receive some sort of trauma).

For this reason, your Doctor may generally request that regular blood tests be carried out in order to determine the clotting ability of the blood.

One thing you can do to alert others (especially health professionals like paramedics) that you take Warfarin in the event of injury or trauma is to wear a Warfarin medical alert bracelet. This will alert any health professional that comes into contact with you to the fact that you take Warfarin, hence allowing treatment options to be catered to your individual case. 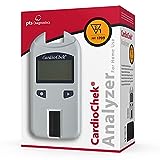 What is the INR (International Normalised Ratio)?

INR (International Normalised Ratio) values are used in order to determine the level of clotting of the blood, they specify the time taken for your blood to clot compared to a normal sample (one that doesn’t contain any Warfarin).

What is the normal dose of Warfarin I should be prescribed?

From the INR ratio your Doctor is able to determine what dose of Warfarin you will be started on. The dose may increase or decrease quite regularly depending on how long the blood is taking to clot at any particular time. This is why it is so important for you have regular blood tests; it enables the Doctor to optimise your warfarin regime, and it allows you to take the lowest possible dose of your medication (thus reducing the incidence of side effects).

It is quite normal for you to initially be called in for blood tests on a daily or alternate day basis (until the health professionals have determined the stable dose of Warfarin needed). Eventually, once your blood is clotting at a desirable rate, the regularity of the blood tests will reduce to about one test every 3 months.

Many patients commonly ask 'What is the maximum dose of Warfarin that is prescribed...?' and the simple answer is that the maximum dose is closely linked to the individual persons INR levels. What may be a maximum dose to you may be the least of what another patient may be taking. As a general rule, however, most patients are not prescribed more than 10mg daily.

As you probably already know, Warfarin comes in 4 strengths:

The tablets are usually different colours to make it easier for you and health professionals to distinguish between the various strengths. The daily dose of Warfarin is mainly taken once daily in the evening, and you should be advised to take the medication at the same time each evening. This is to ensure that the level of Warfarin in your blood does not vary much from day to day, hence keeping the clotting time at a relatively constant value.

What should I do if I forget my dose?

In order for your health professionals to be able to look after you in the most effective manner, it is important for you to inform them of any missed doses or extra doses. The easiest way for you to give the most accurate information is to keep a record of any doses you happen to miss, or take late, or take extra of.

If you live in the United Kingdom, the Doctors will usually give you a yellow booklet in which the routine blood test results are recorded, and there is also some space for you to write down any incidents that happened that day relating to your Warfarin.

Missed Warfarin Dose - What to do

As a simple rule of thumb, if you normally take your Warfarin (Coumadin) in the evening, and you are an hour or two late, provided it is before midnight, you can still take your dose.

If it is past midnight, miss the dose out, and make a note, and mention it to your Doctor, Pharmacist or Nurse.

If you take a higher dose of Warfarin by mistake, contact your anticoagulant clinic or Doctor immediately and take professional advice.

& What To Do if You Have Taken An Extra Warfarin Dose

• If you normally take your dose in the evening, and you forget to take it, providing it is before midnight the same night, then you can take the Warfarin, even if it is an hour or two late. If it is past midnight, leave the dose out and record this incident, but continue to take the medication as normal the next day.

• If the normal time for you to take your dose is in the morning, but you don’t remember, or are unable, to take it as that time, take it as soon as you remember so long as the next dose is not due soon.

• If you take an extra dose, or the wrong dose, by mistake, you must contact your health provider or the anticoagulant clinic for advice. Another thing you can do to inform yourself of the effects of the medication is to read the information leaflet that comes with the warfarin; this should also advise you on what to do next. Your pharmacist can also help with this issue, so giving your pharmacist a call (especially if you are unable to reach a doctor) may also prove useful.

What side effects can I expect with Warfarin?

It is absolutely imperative - a necessity - that every patient taking long term medication (or medications with common or potentially serious side effects) should be informed about their medicines, & this is particularly true with medications such as Warfarin, as recognising adverse effects & knowing what to do about them can be potentially life saving.

You should not take Warfarin if you are pregnant, or if you suffer from excessively high blood pressure, bacterial endocarditis or peptic ulcers. There are in addition many side effects associated with Warfarin, and you as a patient taking charge of your health should be able to recognise these and know what to do when experiencing any of them.

Contact your doctor/anticoagulant clinic or pharmacist if you notice any of these symptoms:

o Passing blood in your urine/faeces

o If your stools are black

o Coughing up blood, or the presence of blood in vomit

The Coumadin Cookbook: A Guide to Healthy Meals when Taking Coumadin
Buy Now

Due to the nature of the medication, excessive blood loss could occur and could be potentially fatal if not immediately attended to, should you happen to be involved in any major trauma (i.e. if you are involved in an accident, or if you receive a heavy blow to the head). Hence it is important to seek immediate help if you are affected by any of these, otherwise you could bleed to death as your blood will not clot.

The other thing to be aware of is that Warfarin is a drug that interacts with many other drugs. This basically means that it may change the effect of other drugs, supplements or herbal remedies your currently take. Additionally other drugs can affect the effectiveness of Warfarin too, hence it is essential you mention you are taking Warfarin to the Pharmacist before buying anything over the counter (OTC).

What medications can affect Warfarin?

We mentioned before that other drugs can affect Warfarin levels, below are a few examples of common medications that fall under this category. If you are taking any of the below medications, don’t panic! Doctors may add some of these medications into your regime for necessary reasons, and as such will adjust your Warfarin dose if necessary, and they should be monitoring you regularly to ensure the safety of the combinations. Never stop taking medications abruptly unless advised by a physician.

Medications that enhance the effect of Warfarin

The following medications enhance the effect of Warfarin by reducing your body’s ability to break down the Warfarin , hence it remains in the blood for an extended period of time, and its effect is amplified. Thus your doctor may reduce the dose of the medication to compensate for this interaction:

• Antifungals (for example, fluconazole, itraconazole, ketoconazole, miconazole) – this does not involve antifungals applied to the skin

The Essential Herb-Drug-Vitamin Interaction Guide: The Safe Way to Use Medications and Supplements Together
Buy Now

• Medications used to treat peptic ulcers, or to decrease acid secretion in the stomach such as Cimetidine, Omeprazole and Lansoprazole

• Anti-epileptics such as Valproate (sodium valproate)

Medications that decrease the effect of Warfarin

The following medications have the opposite effect on Warfarin levels; They increase the body’s ability to break down Warfarin, hence it is eliminated from the body much quicker, requiring the dose of Warfarin to be increased.

• Other Anti-epileptics such as Barbiturates (for example, phenobarbitone, primidone) and Carbamazepine

• Hormones such as Oestrogens & Progesterones

..and those medications 'in between'..

The following medicines can both enhance and reduce the effects of warfarin, but as mentioned before, your physician will be monitoring your INR levels constantly, so there is no need to worry:

• Corticosteroids (such as prednisolone)

Can food and drinks affect my Warfarin levels?

Alcohol tends to alter the effectiveness of most medications, and although it is safest to avoid alcohol altogether, drinking moderately on an occasional basis should not in theory cause harm. Moderately means three units (maximum) of alcohol daily for men and two units (maximum) daily for women.

Some people have the habit of ‘saving’ units till the end of the week, or for a special occasion, but this is not a safe practice as drinking large amounts at a time (whilst on Warfarin) increases the risk of bleeding. I recently came across this book titled 'The Coumadin (Warfarin) Help Book' and found it extremely useful in understanding the types of food people can take whilst on Warfarin, you can check it out here.

Another drink that can affect Warfarin levels is Cranberry juice. Keep the amounts of cranberry juice you consume to a minimum and mention it to your Doctor so your Warfarin dose can be adjusted taking this into account.

Foods high in Vitamin K can also change your Warfarin levels, so keeping the intake of this vitamin consistent is recommended. This is to ensure that the Warfarin dose is sufficient to cover the effect of the Vitamin K intake.

2. Joint Health | Reduce Your Joint Pain & Stiffness using Natural Supplements - Imagine consistent pain or stiffness in the joints, or imagine waking up in the morning and realising you cant jump out of bed without wincing with pain.. Doesn’t sound very pleasurable or bearable for that matter! Read about natural supplements like Glucosamine & Chondroitin that you can take to improve the health of your joints!

Brush Up Your Knowledge on these topics by the same author: