Eating Disorders: Dying to Be Thin

Tormented by an irrational fear of being fat

A tortured relationship with food

In a society which places excessive values on being slim, many women have a tortured relationship with food and their bodies. Sadly, eating disorders are rife, particularly among teenage girls, however, women and men of all ages can be afflicted by eating disorders.

Official figures talk about 1 % of young women being afflicted by anorexia, 2% suffering from bulimia and 2% suffering from a binge-eating disorder. Of course, figures do not count unreported cases, nor the hidden, nor borderline cases; for instance, women who follow very strict diets by periods of bingeing, for whom this kind of eating pattern is so common that they consider it normal or at least inevitable.

Eating disorders are usually onset in adolescence and affect more women than men.

Anorexia, bulimia, binge eating, exercise addictions . . . these disorders can be devastating, but they are in no way unbeatable.

The Eating Disorder Sourcebook will help you:

* Discover and work with the underlying causes of an eating disorder

* Understand what is expected in individual, group, and family therapy

Anorexia is a life-threatening disorder, with mortality over 10%.

If you want to help yourself or someone who you know and suspect of being afflicted by an eating disorder, identifying the early signs of the condition is very important in order to look for professional help as soon as possible.

In general, people who suffer from eating disorders tend to be perfectionists and at the same time suffer from low self esteem.

Eating disorders may be a symptom of other emotional problems or strained relationships and food might feel like the only thing they can control in their life.

Often women use their bodies as a focus of their unhappiness and the fact that slim often equals beautiful in our society certainly encourages the problem. 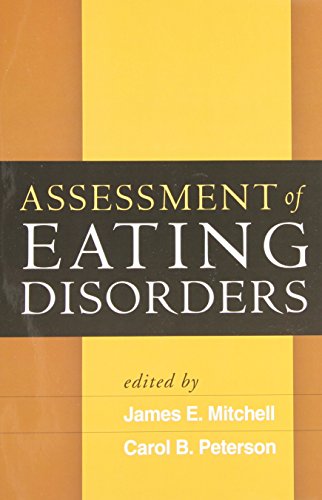 Unfortunately there are no specific tests to pinpoint eating disorders. No single laboratory test helps with the diagnosis of an ED. However, a group of tests of tests should be performed to rule out medical complications. For example a general screen which includes checking for levels of electrolytes, glucose, calcium, phosphate, BUN, and Cr, Mg are useful for a diagnosis. Liver and thyroid function tests, are also important to discard any other disease.

Anorexia: The worst problem is that people who suffer from it, don't see...

People afflicted by Eating disorders generally have two options for treatment, either as an inpatient or an outpatient.

Outpatient treatment usually concentrates in treating the complications of living with and eating disorder.

The sad reality of eating disorders

Sadly bulimics who binge then purge by vomiting or taking handfuls of laxatives destroy their health and their looks.  Constant vomiting erodes the enamel on their teeth and makes the glands swell, making their faces look chubbier.

The worst part is that while handfuls of laxatives might cause stomach cramps, and constant visits to the toilet, they have no big effect on calorie intake.  Calories are absorbed higher in the gut, while laxatives affect the lower intestine.  Vomiting can only expel a half to a third of what has been eaten, so bingers still absorb a lot of calories.

Anorexics who refuse to eat literally starve themselves, some of them until they die; others will get treatment and gain weight, but anorexia is very difficult to treat.

What to do If you have an eating disorder: 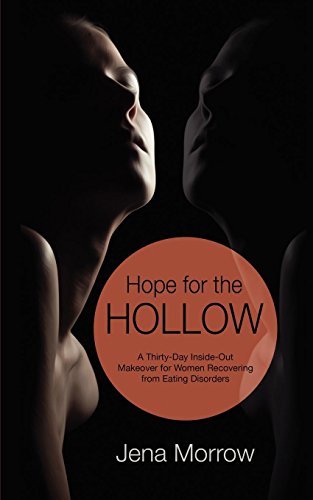 Hope for the Hollow: A Thirty-Day Inside-Out Makeover for Women Recovering from Eating Disorders
Buy Now

Mortality (up to 20%) is primarily from cardiac arrest or suicide.

Based on the little long term data collected, it can be said that short-term success is 50% to 70%, with relapse rates between 30% and 50% after 6 months.