March is a month named after the historical Roman god of war, Mars, but we hope that no new wars break out this March. In fact, we hope some old, worn out wars stop.

In the Ancient era, March was the first month of the year and the time when wars were resumed if they have been interrupted. In those times, the New Year was not a time of parties and resolutions, but one of life and death.

In the Latin language of Ancient Rome, which is no longer taught in many schools:

Coincidentally, our third month of the year, March, has become a turbulent vortex of weather in the northern USA, recalling the saying, " In like a lion, out like a lamb." However, I can recall a couple of Marches that were like the lion at both ends of the month - snowy, sleeting, and cold.

Cincinnati, Ohio was built on agricultural transportation routes along the Ohio River and pigs were a big part of that economy. The city features golden flying pigs at the corners of some tall buildings and pigs have been a major public arts installation citywide. Pig Day seems made to celebrate Cincinnati!

March 1 - This is a fun day! March 1st is not Mar's Day as might be imagined, but in America, it is National Pig Day. The pig is important as a crop animal, a pet, and a source of pig matrix powder that grows replacement organs in the human body. With March 7 being Roast Crown of Pork Day in some communities, the supermarkets around the country seem to benefit from multiple pig holidays. I addition, March is Frozen Food Month as well.

March 2 is a A Hard Day's Night. On this day in 1964, The Beatles began filming their famous movie of this name. It will be played again in my town - maybe you can see it as well in yours.

March 3 - In 1863, President Abraham Lincoln approved the charter for the US National Academy of Sciences. Seventy years later, in 1933, the film King Kong Premiered in NYC as a science fiction/horror film. In another 80 years, the first toddler born with HIV to be cured of the disease, at age 2 years, was announced. In 1955, Elvis Presley appeared for the first time on television, on the Louisiana Hayride.

March 4 - Holy Experiment Day. The experiment was an attempt by the Religious Society of Friends or Quakers to build a successful community after their leader, William Penn, founded Pennsylvania. The experiment lasted until the French and Indian War (1754 – 1763), when some Quakers wanted to send other Quakers to the war (Quakers do not fight in wars). Thus ended the experiment.

March 5 - In 1868, the stapler was patented in England by C.H. Gould. For vampire lovers, Nosferatu was first screened in 1922 in Berlin.

March 6 - St. Collette Day. Nicolette (1380 - 1447) was named after St. Nicholas of Myra. Like Jesus, her father was a carpenter. After her parents died when she was 17, she lived in a small hut beside the church and gave advice to others when she was not praying, She turned no one away and became the example to copy among the Poor Clares convents. She was canonized in 1807.

March 7 - Sun Day (Sunday). In the year 321 in Rome, Emperor Constantine I declared that Sun Day would be the day of rest. In 2014, March 7 is the day that the 2014 Sochi Paralympic Games with their unusual accomplishments celebrated their Opening Ceremony. Have you ever seen Para-Snowboarding? NBCSN planned to stream all events live and of course, video was made available for sale and on YouTube. This is the first time that dedicated paralympic TV coverage has been secured. At least 700 athletes, including Wounded Warriors from Iraq and Afghanistan wars, signed up to participate.

March 8 - New York Stock Exchange Day – NYSE was founded in 1817, only about 20 years after the founding of the USA as an independent nation. In 1979 on this date, Phillips Company demonstrated the first CD (compact disc) to the public. Now, they are pretty much obsolete, with the DVD to soon follow them out.

March 9 - St. Frances was born in 1384 and decided to become a nun at age 11. However, her parents arranged a marriage for her two years later. Luckily, the marriage was happy for 40 years, until her husband died. Although wealthy, she spent her much of her time serving the poor and the sick, even making a hospital in her own wrecked home during the Papal Wars, She was canonized in 1440 on this day.

March 10 - Life In The Cracks Day. The meaning of this day is disputed, but many feel that it is a day for exploring outdoors to find new spring growth in the cracks of sidewalks, around the hose’s foundation, etc.

March 11 - Johnny Appleseed Day. Today is a good day to plant an apple tree and bake an apple pie.

March 12 - Alfred Hitchcock Day. If you have not already done so, see the film Hitchcock, starring Anthony Hopkins, Helen Mirren, and Scarlett Johannson.

March 13 – K-9 Veteran’s Day. This is an important day to remember all the working digs in the world. This includes dogs in the military service, police dogs, and search & rescue dogs at disasters like 9/11. Dogs help in other ways – in nursing homes, as seeing-eye dogs, and others.

March 14 – International Ask a Question Day. Ask a question at school or work or on HubPages Questions and Answers. May your answers always make sense.

March 15: The Buzzards Return To Hinckley 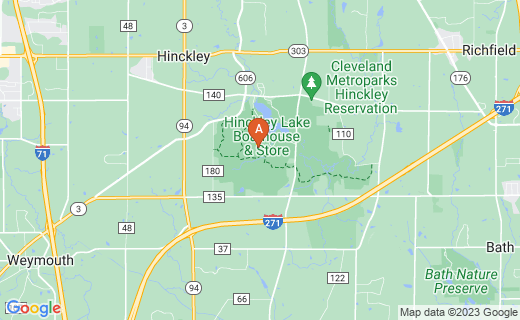 March 15 - On the Ides of March we have the Hinckley Buzzard Festival, near Cleveland, Ohio. Many other communities celebrate the buzzard on this day as well. The year I went to visit the buzzards that return to Hinkley every March 15, not a single buzzard showed up all day. A large party was still held. Currently, the Buzzard Festival is celebrated also with a music festival at the Blossom Music Center in Cuyahoga Falls, Ohio.

March 16 - It's the birthday of Flavor Flav, American rapper and reality show protagonist.

March 17 – Pee Wee Herman’s favorite song, Tequila, became Number One Song on the pop charts in 1958. Many people drink Tequila on St. Patrick’s Day. Did you know that Zorro was Irish?

March 18 – National Awkward Moments Day. Rumor is that this holiday is connected to the effects of St. Patrick’s Day partying.

March 19 - Poultry Day. This is another supermarket sale day, but do you raise chickens in your backyard? You may be able to do that, with help from the Chicken Whisperer on line and on the radio. I wonder if Elvis planned to have chickens at Graceland when he paid a $1,000 deposit on the estate on March 19, 1957. He owned it for 20 years and almost five months.

March 20 - Festival of Extraterrestrial Abductions Day. This holiday began as an offshoot of the Toronto Alien Festival of 2008. The most famous abduction case is of Betty and Barney Hill, after whom I always thought that Betty and Barney Rubble of The Flintstones were named.

March 21 - The Pope Visits Israel. Pope John Paul II visited the country for the first time as pope in 2000.

March 22 - Let’s celebrate James T, Kirk’s Birthday in Iowa in 2233. It’s actually William Shatner’s Birthday in 1931 – He was born in Montreal, of German Jewish heritage; his friend Leonard Nimoy was born on March 26 of that year and is Russian Jewish. They appeared together on The Man From U.N.C.L.E. before working in the cast of Star Trek (1966 – 1969).

First Woman to Live In Space

March 23 – OK Day. In 1839, the term OK became accepted around America. The Boston Morning Post published it and printed that it means “oll correct”, having misspelled the word all.

March 24 – Shannon Lucid Day. In 1996, this American astronaut went to space station Mir via US Space Shuttle Atlantis and became the first woman to live in space (a record 188 days at that time).

March 25 - Tolkien Reading Day. Read The Hobbit, The Lord of the Rings or The Silmarillion; or make a gift of copies to friends. Have a Tolkien party in costumes and watch the films.

March 26 – Mammoth Loaf of Bread Day. In 1804, President Thomas Jefferson went to party at the US Senate. Refreshments included a giant loaf of bread ("the mammoth loaf"). The bread was baked to accompany a gift of a huge block of cheese from a women's group, containing milk from every cow in their town.

March 27 - March Madness Day. The University of Oregon defeated The Ohio State Buckeyes 46–33 in 1939 in the first NCAA men’s basketball tournament. This is also Weird Country Music Song Title Day (see a partial list in the next section).

March 28 - Barnum and Bailey Day. Don't be a sucker, but see a circus show today. If a circus is not in your town, rent a video of Cirque Du Soleil, or Water for Elephants, one of my favorites.

March 29 - Smoke and Mirrors Day. This must have to do with magicians or politicians, but no one knows for sure.

March 30 – 15th Amendment Day. This Constitutional Amendment gave African-American men the right to vote for the first time in 1870.

March 31 - Cesar Chavez Day. Cesar Chavez was an educator, environmentalist, and civil rights leader, avocating for farmworkers and laborers across America. The day is a state holiday in California and is celebrated in some other states as well.

These songs will probably never win a country music award of any type, but they are interesting to read and present an amusing idea for a holiday. The songs are even more fascinating to hear. Korean friends of mine tell me that Country Music is a favorite in South Korea - or at least it was in the 1980s and 1990s.

Some Country Music Titles You May Not Know

If you have some favorites, put them in the Comments below.

Billy Broke My Heart at Walgreen's...