What To Do In Each New Year? - Continuous Improvement For Life

The March of the Resolute

For several years, I never understood the idea of making New Years' Resolutions. This was partially because I never heard about them at home growing up, and they were not mentioned in school until High School, that I recall. Perhaps people in my area just did not partake in New Years activities as fully as those in some other parts of the state. At my house, my father made New Year's Pillowcases in the basement on his mother's old treadle sewing machine - sometimes new draperies as well - and cooked sauerkraut and pork for luck.

I never ate any of the sauerkraut and pork back then, because it smelled bad -- but this was from a young person that hated catsup and never had a pizza until 9th grade (Chef Boyardee, from a boxed mix). I'd never heard of Chinese food and spaghetti only came out of a can. When I was 15, I was treated to Kentucky Fried Chicken® on my birthday, but because we used no spices at home except salt, pepper, cinnamon, and sage, my stomach could not handle the dozens of special spices in the KFC fare and sent it back up the dumbwaiter, as it were.

After that, I was determined to find new foods I could enjoy as soon as possible, but it was not actually until college years that I was able to do so. It was more of a a five-year resolution and I was resolute about it.

In light of all of this, my first recommendation is to:

There are several foods I want to try, but I began gathering new recipes at the end of the 9th grade and have hundreds of them now. A few for New Year's itself are listed here:

The new foods I tried early in college were Chinese dishes, mushrooms (the food not the drugs), pizza, submarine sandwiches, tacos, shrimp, salami, lamb, polish sausage, and the condiments hot sauce, sour cream, and salsa. My favorite spice or herb quickly became cilantro. Then I discovered curry as well. Next, I tried many vegetables I had never seen before -- Today, I consume more vegetables and fruits than meat.

If you do not know how to cook at all, then my second suggestion for 2009 is to:

Grow Your Own Food

How to Cook Everything The Basics: All You Need to Make Great Food--With 1,000 Photos
Buy Now

2) Learn the Basics of Cooking

I think this is very important in that it can be used to promote independence and creativity, to provide a sense of accomplishment, to widen the range of foods one can enjoy, to entertain friends or provide for one's family, to cut costs, and for a number of individual reasons.

The advent of possible emergencies is one possible reason -- In a natural disaster or power outage that closes area restaurants, the ability to prepare even simple dishes and meals (even those that need no "cooking") can be invaluable. remember the story of Stone Soup, in which the hungry townspeople and three soldiers gathered the little food available in each household and prepared a feast for the whole town. Cooking is survival. Good cooking is much more than that.

At home, you need to have some basic staples, utensils, and equipment and it all need not be overwhelming. Items that multitask are the most useful. One need not to attend culinary school to learn how to cook - although that's a thought - but once can begin with some basics. A good cookbook outlines what you need to get started and these books are available at Amazon.com, online bookstores, department stores, and Half-Price Books Records, Magazines, Etc. (one of my favorites). Check the website for locations near you.

A variety of cooking shows appear on television, but beware of many of them. I know at least two that proliferate in the waste of large plastic baggies and throw away massive quantities of good food in order to "stimulate the economy" by buying more. Nonsense! I first heard in the 1970s that the French insist that they can live on what we in America throw away, and I hope that changes in this - hopefully - Green Century.

There are also the culinary reality shows in which competing chefs yell, curse, throw things, undermine one another, and scream profanities over the food as they prepare it. I do not want to eat such food and I hope that you will not learn to cook in this manner.

Many Kinds of Opportunity 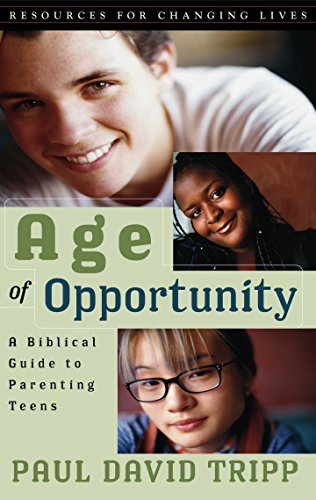 What is Continuous Improvement?

Continuous Improvement has been a set of buzz words in workforce development and business for a couple for decades. Very simply put, it means to continue to advance over time.

To my mind, this does not mean to be in a frenzy, to develop as fast as possible, or to amass the largest fortune as quickly as can be done, but rather a planned, steady pace of enhancement of performance or output or both.

This is the concept I prefer over the "cramming" types of overachievement, whether it is in school, in the DA's office, or on the production line. Long lasting improvement as a foundation for still future enhancement is gradual, though planned and incremental. IT can be measured, but I don't think it can be forced beyond a reasonable point.

The Asian Proverb is this:

Happy where I am, also willing to improve.

Thus, this is my third recommendation for 2009 is:

3) Be Happy Where You Are, But Also Open To Opportunity.

For example, this is the concept I am applying when I write that a worker should always be looking for a new job - That is, reading and being aware of business and industry trends, looking at the want ads and online jobs openings, noticing announcements that new businesses are coming to town and other such proactive activities.

We never know in the 21st century when we will suddenly need a job and we can make a wider network of business contacts and even friends by staying active in looking at what's available in the job market locally and nationally. This is a reason that I offer reviews such as: Top 25 Best Small Towns for New Jobs and Business.

A new job need not be the opportunity you might need. It might be a new friend or other relationship, a new solution to a dilemma, a new car, a new place to live, a new hobby, a new restaurant, a new concept, a new direction or any other aspect of life.

For example, HubMob is certainly an opportunity to share information and meet new people and fun characters.

For 2009, I wish you new opportunities – and new foods if you are willing to try some of them. If these ideas are not palatable, then remember that for New Year’s, some folks specifically purchase new underwear or change all the light bulbs in the house.

One child I knew named all of his socks for New Year’s -- So, choose your own opportunities for 2009 and enjoy them!

Join the HOBMOB at HUB PAGES

Click this link to join Hub Pages for free. Create great Hubs about topics that excite you and create income opportunities as well. Join the HubMob and have more fun in 2009!