The Top 25 Small Cities for Jobs and Business are listed in the following lineup of towns across America. They were chosen by a range of financial experts, economists, and workforce analysts and posted in magazines and online publications, such as Inc.com.

A highlight summary follows many of the town listings, particularly the Top 10, and includes many of the the leading fast-growing Business Sectors. Links provided will direct you to full Hub Reviews for metropolitan areas that offer descriptions of business advantages and job openings as well as listings for colleges and universities, sports and recreation, some local history, and explanations about what makes each city different.

Top 10 Small Cities in the USA

1. Montpelier, Vermont - Ranked the #1 Small City in America for business, this city is healthy a growing Insurance Industry. Also the capital of Vermont, Montpelier is home to several colleges. An interesting fact of trivia is that Montpelier was home to several get-rich-quick schemes posted in the back of crossword puzzle books and other magazines in the 1960s.

2. Missoula, Montana - Missoula's population doubled in 30 years from from 1977 - 2007, with the addition of many new small businesses and resulting job openings. Financial Products and Professional Services are blooming as major industries in this city, and Information Technology is rapidly advancing.

3. Casper, Wyoming - This metro area has appeared on nearly everyone's Best Cities list in the last several years. Major business growth is especially evident in Financial Products and Professional Services, both of which are expanding from the central urban area and adding businesses and jobs as they radiate outward to the suburbs.

5. Sioux Falls, South Dakota - The population of this city in increasing since the year 2000. New business and jobs include work for skilled worker and in Financial Services and Professional Services. A new focus is noticeable as well in Information Technology and Biological Sciences.

8. Dutchess County, New York - Several famous Top Chefs graduated from the Culinary Institute of America in Dutchess County, including Anthony Bourdain, Duff Goldman, Cat Cora, and the culinary director of McDonald's®. However, the largest pools of jobs needing to be filled are in Computers and Technology (IT), Financial Services, Auto Repair, and Healthcare, as well as others. See videos of singing in the bakery...

9. Anchorage, Alaska - The avowed Energy State of 2008 is set to host a huge number of jobs upon the opening of the new Natural Gas Pipeline in partnership with Canadian agencies. The city offers a number of attractive features and incentives to businesses and residents as well. Besides Oil & Natural Gas, Healthcare is a high demand work field, as is the Grocery and General Merchandise Business.

10. Manchester, New Hampshire - This metro area needs many professionals in Insurance, Health, and Education as well as a number of other industry sectors.

The Chugach Mountains at Anchorage, Alaska

Additional Best Small Cities in the US

14. Altoona, Pennsylvania - This is the home of the Atloona Curve, a hairpin turn on a major railroad line. The railroads played a major role in opening up this town and up through 2016, Healthcare related workers are in the highest demand. Employees are also needed in Education, Information Technology, Electronics, Food & Beverage Service, Trucking, and several other fields.

15. Fargo-Moorhead, North Dakota - This metro area is a hotbed of workforce activity in High Tech, Oil & Gas (in much of the state), Life Sciences, and Physical Sciences, including Sustainability. A unique partnership among three universities located just across the state line of North Dakota and Minnesota from one another makes this possible with shared research centers and business incubation in the community. 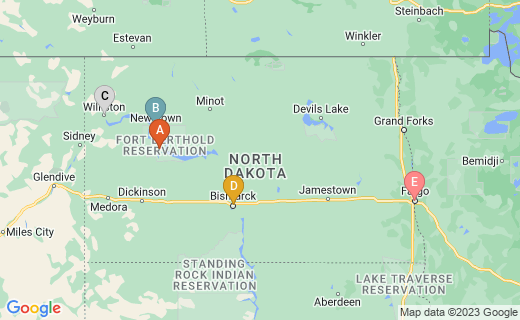 16. Las Cruces, New Mexico - "The Place of the Crosses" is central to a metro area that covers the entire southern half of New Mexico. The largest employer is the state university, followed by White Sands Missile Range and all of the related facilities and installations. It is all an interesting area related to history, Native American Nations, cuisine, entertainment, and astronautics and aeronautics. Alternative Energy and Sustainability make a large focal point for new business, especially in the creation of "Green Oil."

18. Newburgh, New York - In 2004, Newburgh was recognized as one of the Top 5 Most Stressed Cities in the US. However, its exciting progress by 2007 - 2008 led Money Magazine to name it to the list of the 25 Best Small Cities in America. Jobs are being created through a federally designated Empire Zone in Newburgh, making this small city the fastest growing area in the State of New York. Look for Retail, Tourism, Government, Healthcare and other jobs in Newburgh.

22. Lake Charles, Louisiana - This city is also on Careerbuilder.com's Top 30 Cities for Jobs overall in the USA. The article link provides additional information for all major metro areas in the state of Louisiana. The fictional site of some daytime TV dramas (in name, at least), Lake Charles is a growing community the offers a rich cultural backdrop dotted with museums, historic events, music festivals, and the arts.

25. Enid, Oklahoma - This town needs Teachers from pre-school through elementary school in regular and special education classrooms. This needs speaks to the expanding population very well. Nursing Teachers are also needed at the college and vocational level as well as Nurses themselves (includes the highly lucrative Travel Nursing profession). Computer Professionals, Healthcare Practitioners and Auditors are needed as well. In fact, Forensic Accounting/Auditing is becoming a big business nationwide.