What's with These Crazy Christmas Carols?

Reflections of a Singing Bellringer

I ring a bell fulltime—and this year, often overtime—for the Salvation Army. While I stand at the kettle all day, I sing songs, most of them Christmas carols. I am still far from knowing enough of them to sing each once a day, so I get a lot of time to think about the words. Some of them are glorious, some funny, some downright strange. This article focuses mostly on the strange among what is accepted as ordinary.

Take, for instance, “I Saw Three Ships.” Okay, you saw three ships on Christmas day. That’s not unusual, and I heard somewhere that it is about the ships that Columbus sailed to the New World. Well, I learn as many verses as I can to as many songs as I can, to alleviate boredom, and, you know, to show off. And the other verses have nothing to do with Columbus. What do they say? The song goes on: “And what was in those ships all three?” Reasonable question. So far, so good. But the answer doesn’t make sense: “The Virgin Mary and Christ were there.” How can two people be in three ships? You might be able to say, Well, it was just their fleet, just like Columbus had three ships in his. When did Mary and Christ ever have a fleet of ships? Is this the Millennium, or what? Or maybe they are there in spirit. Moving on: “And whither sailed those ships all three?… Oh, they sailed into Bethlehem.” Now I’m pretty sure Bethlehem is landlocked and no water ships could get in there. Was somebody drunk when they wrote this song? Or just too young to know the difference? Or both?

Both are possible, if we consider the lyrics to the old song, “Here We Come a Wassailing.” I wonder as the people walk in and out of Fred Meyer if they have any idea what that archaic word means. “A wassail cup is made of the rosemary tree, and so is your beer of the best party.” These “children who wander in the mire,” “neighbors’ children that you have seen before” are out for more than just to bless their neighbors. “Let him bring us a glass of beer, and better we shall sing.” Now, plainly they’ve already had too much, if they think it improves their voices. Beer only makes you think your voice is better. What a lovely song to serenade our children with! These children, according to one version of the song, also ask for a moldy cheese—another proof that they’re sloshed.

What’s It All About, Anyway?

I transposed "Coventry Carol" from a tape, struggling to make sense of the song. I had to do some research to confirm that it laments the death of an infant killed by King Herod’s order. It isn't about Jesus, because he escaped that slaughter. It’s a lovely, haunting tune, though, so I’ll sing it. Wikapedia says it is the only surviving song from a 16th Century pageant. Today it appears on many Christmas recordings.

If I have to search the Internet to learn what "celebrate me home" means, it's not worth it.

Many so-called Christmas songs have nothing specifically to do with Christmas, including the holiday’s musical mascot, “Jingle Bells, (written by James Lord Pierpont in 1857). Why has this song been so traditionally popular? It’s a mystery to me, because few of us have ever ridden in an open sleigh behind a speeding horse. “Two-forty is its speed.” Is that 240 miles an hour? Or maybe 42? According to Wikapedia, “Two forty refers to a mile in two minutes and forty seconds at the trot, or 22.5 miles per hour. This is a good speed, and suggests the horse should be a Standardbred.” It also says that “Jingle Bells” is “one of many ‘sleighing songs’ written in New England during the late 19th century.” It’s possible a lot of country people in the past have taken such sleigh rides, but it surprises me that the theme continues in newer songs, like “Sleigh Ride.”

We have lots of songs to convince children of the reality of Santa Claus, but then we belt the one about Mommy kissing him under the mistletoe. If they’re old enough to figure out what that means, they’ve overcome their delusion with a shock. If they’re too young, they see two trusted, beloved figures, Mommy and Santa Claus, as cheats. And the expected reaction is cynical or even sadistic: What a laugh it would have been if Daddy had only seen.” Way to prepare our kids for the ways of the world!

Rudolf the red-nosed reindeer was invented as a Montgomery Ward advertising gimmick. I used to love the song and movie when I was a misfit kid. I swallowed the idea that someday I would prove myself magnificently useful to the world, and then I would be famous and everyone who hated me would be sorry they teased me. For most of us, it doesn’t work that way. I’ve learned to despise those fickle reindeer. A new version of the song has Rudolf questioning how the others can look him in the eye when yesterday they called him names.

Because I have a limited number of songs listed in my book (and I now know the lyrics to nearly all of those, and occasionally add more songs to my repertoire), and because the song is catchy, I do sing “The Island of Misfit Toys,” from the aforementioned movie, but I rarely sing it more than once a day. Especially this year, when people are so often out of work and continually apologize for giving little or nothing for the increasing number of poor. I am singing to parents and children, “Toys galore scattered on the floor, There’s no room for more.” It brings back memories of a living room carpet covered with presents for the whole extended family, but even in those days long gone when we were middle class, they were not all toys. “And it’s all because of Santa Claus.” Parents had nothing to do with this material spoiling, even though they are in debt because of it, and the whole scene, like “Silver Bells” says, is Santa’s. No mention of any other reason for the season.

Xing Out the Main Name

Speaking of the reason, have you noticed that many stores no longer play Christmas carols about the birth of Jesus? If they even mentioned God in passing, I’d be really surprised. The Chipmunks thought long ago that they could bless you and send you a happy New Year without any intervention from a deity, and now I don’t even hear the word “bless” in the stores. It’s like Christmas stands on its own as some deity in its own right. The songs are shallow. Does everyone in Oregon really crave a tender Tennessee Christmas? At least when I’m at the kettle I change the state to Oregon. At the shopping center where I work, it is only outdoors in the cold that the Christian carols can still be heard—piped to the sidewalk at the main shopping center, or belted out by me at the kettle outside the electronics entrance as folks come and go, more in a hurry this year than ever. People sometimes say, “If only you could stand inside.” I appreciate their desires for my warmth, but I’d rather sing what I want to in the cold than mute my bell and try to follow along with the repetitions of secular songs.

Addendum: I just heard a Christian carol in the Fred Meyer yesterday! It was Amy Grant singing "The Holly and the Ivy." I wonder how that one got past them?

The real Saint Nicholas was a Greek bishop in the 4th century who really did bring some people presents at Christmas time. As Randy Stonehill put it in “Christmas Song for All Year Round” (from his album, "Welcome to Paradise"), “And I know that if Saint Nicholas was here he would agree that Jesus gave the greatest gift of all to you and me…” Although Santa seems to be in competition with Jesus for the main spot this season, I know two other songs that mention both Santa and the Lord. One is “Here Comes Santa Claus,” the version sung by Elvis Presley. The other—well, I invented the following new verses to “Jolly Old Saint Nicholas” myself:

I hope you tell everyone what I’m going to say.

Whisper what it really means; tell me if you can.

But these kinds of presents can’t give our spirits rest,

Only God who sent His Son gives the very best.

A friendly security guard told me that his wife can’t stand a certain carol that “has no words” because it freaks her out. I was pretty sure which one he meant before he hummed a bar. “It’s called ‘The Carol of the Bells,’” I said, “and it does have words. My daughter loves it because it’s creepy.” We could almost set it beside Poe’s poem, “the ringing and the singing of the bells, bells, bells, bells, bells.”

I suspect everyone loves to hear me sing, “We Wish You a Merry Christmas” to them, but when I start demanding figgy pudding and proclaiming, “We won’t go until we get some,” I always feel a little naughty. I usually sing the song before lunch, and if I took it literally I’d be standing out in the weather all year. I have had figgy pudding—actually a plum pudding, and it was a wonderful memory. We sat in a church fellowship hall singing that song and pounding the tables with our silverware until they brought out the treat and we had it by candlelight. I haven’t found the recipe for it, so I guess I’ll keep demanding it until doomsday.

Some carols are just plain inaccurate. For instance, the Negro spirituals “Sweet Little Jesus Boy” and “Go Tell It on the Mountain” state that Jesus was born in a manger—or, as the former puts it, “They made you be born in a manger,” which accurately refers to those who have the word wrong. A manger is a feed trough; it is what was used as his cradle. Just imagine trying to cram Mary, Joseph, and baby into the trough, and then add at least a handful of shepherds in the bargain. It’s the opposite problem as that with the three ships.

Some well-meaning people say, “Keep Christ in Christmas.” I understand the intent—I think. But I hesitate to put it that way, because it sounds as if he didn’t belong anywhere else. Just put him in a little box to open on December 25, like the manger baby kept from some crèches until his supposed birthday. It’s unlikely he was really born that day. And in a way, not knowing is for the best…for he ought to be born daily in our hearts.

Merry Christmas, and God bless us, everyone!

Favorites for Listening and Kettle Singing 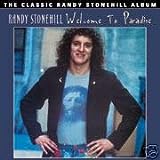 Welcome to Paradise
Randy Stonehill is a Christian rock singer whose voice has an amazing range. This album includes "Christmas Song for All-Year Round."
Buy Now

On the Salvation Army 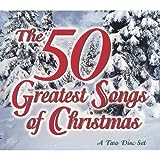