Linda Sarhan has been a freelance writer and researcher for 20+ years and has a B.A. in English and creative writing.

Every child looks forward to dying Easter eggs for the big Easter egg hunt. Many Easter decorations involve seeing a colorful Easter egg. Of course, what's the Easter bunny without his basket of Easter eggs? However, many children and adults don't realize the history of the Easter egg and how it became such an icon to the holiday.

The egg has been considered a symbol of birth and renewal for hundreds of years. It began back in what Christians refer to as pagan times, although there are many pagans who celebrate the same traditions today. They believe the egg is a symbol of the renewal of spring as spring emerges through a harsh winter much in the way a chick hatches from an egg. 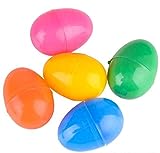 Easter is actually named after the Anglo-Saxon goddess Eostre (also known as Eastre or Ostara). One year Eostre was late and winter continued to pound the region. Once she did arrive she found a small bird almost frozen to death. Out of guilt, she cared for this bird as her pet. The bird recovered but would never be able to fly again. She decided to turn him into a snow hare and give him the name Lepus. So that he would always remember he was once a bird, she also gave him the ability to lay brightly colored eggs in which he gives to the children during the festival of Ostara.

With the coming of Christianity having to compete with Pagan beliefs, the Christians decided to take on many of the pagan celebrations and turn them into Christian holidays. This was in hope of converting pagans to Christianity with more ease. So to put a Christian spin on the Easter egg, they say that the egg represents rebirth into the Christian faith and dedication to the teachings of Jesus. The hatching chick from the Easter egg is to represent Jesus' resurrection as he emerged from the tomb.

Around the Middle Ages in England, it became a tradition to decorate eggs for Easter. The wealthy flaunted their wealth by using gold. The peasants tend to use dyes from flowers and other plants that gave a nice hue. Shortly after the Middle Ages, people in the 1600s started exchanging egg shaped gifts. By the 1800s, chocolate Easter eggs made their emergence and have been popular since then.

In the late 1800s, Peter Carl Fabarge was commission to create a beautiful Easter egg design to be given as a gift to the Czar's wife. The egg was designed with beautiful jewels which opened up to reveal a smaller just as beautiful egg. Each year he created a new, beautifully designed egg as an Easter gift. He created fifty-seven eggs in all. They are now known as Imperial Easter Eggs and many people continue to create them even after Carl Fabarge's death.

As you can see the Easter egg went from a simple meaning of rebirth and renewal to more extensive meanings. Regardless, the Easter egg continues to be a major symbol of Easter today whether it is for the great Easter egg hunt, to place in Easter baskets, or to decorate a home.