Yes, just like the kitty in the video many people will be attempting to tap into their Irish roots on March 17th. However, prior to reviewing the Favorite Traditions of St. Patrick’s Day, let's learn who Saint Patrick was. Saint Patrick, nee Maewyn, was born to Scottish parent in Roman Britian near the end of the fourth century. He was captured by the Druid raiders and sold into slavery in Ireland.

After being in captivity for six years, the legend says that Patrick had a dream in which God told him to flee by the water. Once the prophecy came true and he returned to his parents via Roman sailors. Soon after he had another dream in which the Irish people begged him to return.

He began studying for the priesthood and in 433; Patrick was returned back to Ireland by Pope Celestine. For the next 40 years this one-man mission traveled across Ireland converting kingdoms to Christianity, baptizing former pagans and ordaining priests. He is believed to have died on March 17; around 460 A.D. however, the Catholic encyclopedia states it was March 17, 493. 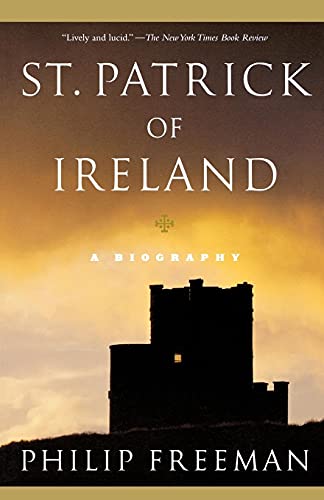 I decided to see if one could determine exactly how the Irish celebrates their favorite traditions of St. Patrick’s Day. Judging by the number of people around the world that enjoy St. Patrick’s Day celebrations; it seems that everyone tries to become Irish on March 17th. No matter what side of the Atlantic you’re on, regardless of what you’re religious beliefs, or nationality you probably have participated and or know of someone that has participated in this holiday’s rituals. As a matter of fact there are 36.5 million U.S. residents who claim Irish ancestry.

Another good example of how well celebrated this holiday is revealed by the fact that in 2007 about 41.5 billion pounds of U.S. beef and 2.6 billion of cabbage were sold for the corned beef and cabbage traditional dish. Needless to say, there will be St Patrick’s Day parades, pinching friends and family not wearing green, and loud roaring parties. Others will be drinking the green ale, wearing a green outfit, and or quoting Irish blessings and participating in other festivities.

In the United States St. Patrick’s Day parades begin in 1737 in the city of Boston; and now can be found in over 100 U.S. cities. Chicago and New York along will have over 2 million spectators.

Be sure to review the links below to see a listing of the parades held in a city near you. In Ireland the top 7 most colorful parades are said to be located in Dublin, Galway, Cork, Waterford, Limerick, Killarney, and the town of Navan. As you can see from the pictures of the Dublin celebration the parades are very colorful with a fun atmosphere for the huge crowds.

Environmentalists probably love this day because it appears that everyone is using the term, “going green” and is out to support the cause. Green will be the main color for this festive day; everyone will be wearing green, drinking green, and or eating something green.

Many of the cities having parades are dyeing their rivers green. Of course, everyone blames the mischievous Leprechauns for magically turning the river green just in time for St. Patrick’s Day. The Chicago river pictured to your right has been dyed green every year on St. Paddy's Day since 1962.

And yes everyone desiring to be authentic by having a drink a pint of Irish beer mostly likely will be able to do so as well. Last year there were 800 registered Irish pubs in Ireland, 300 in Canada, 1500 in the United States, and even about 20 in the Middle East. All will be serving Guinness and or a good blended Irish whiskey. And if you can’t make it to a pub make your own green beer or a mixed drink and bottoms up. Slàinte!

While most will be wearing green there will be others wearing orange to symbolize the Protestants of Northern Ireland that were supporters of William of Orange. To learn more facts about this tradition be sure to read Patty Inglish's hub titled Orange on St. Patrick's Day. I thought the below video could provide an individual with a few tips that might keep one from being embarrassed if this is the first time that you will be celebrating St. Patty’s Day….After that let's take a look at even more symbols and traditions for this festive occasion: 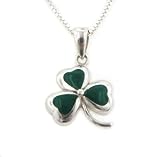 Legend teaches numbers played an important role in Celtic symbolism. The number "3" was the most sacred and magical number in the Celtic religion. Since 1681 the shamrock (called the "seamroy" by the Celts), is a sacred plant in ancient Ireland because it symbolized the rebirth of spring. In the 5th century, Saint Patrick is credited with using the shamrock to teach the doctrine of the Holy Trinity introducing Christianity to Ireland and converting hundreds of Celtic castles.

Music plays an important part of the Irish culture dating back to the ancient days of the Celts. A perfect time to enjoy Irish music is on St. Patrick’s day with many cities hosting free concerts, live bands in parades, and your local pubs offering live musicians. In Ireland on March 16th there is the St. Patrick’s Music Festival Ceili and on March 17th there will be A Celebration of Irish Voices concert and Kila Live at the Olympia and more. Places to go for entertainment have been included via several links to festivities taking place in Ireland throughout this hub.

Of all the symbols of St. Patrick's Day, the leprechaun is both the most light-hearted, magically mischievous, and probably the least understood. Some fun facts about the origin of the little green guy are: The leprechaun is Ireland's national fairy that is best known for guarding the fairy treasure. He is tiny in statue standing less than 3 feet tall, dressed all in green of course, wears a pointy, feathered cap atop his head and carries two gold coins gripped in his hands.

In the first hand, he clutches a magic coin that always returns to his purse once it's spent; in the other, he holds a dummy coin, which turns to ashes or a rock as soon as it's spent. Everyone knows the legend of the pot of gold at the end of the rainbow. In order to keep their golden treasure safe, leprechauns are said to spend their days dashing from one end of the rainbow to the next, constantly moving their pot of gold to keep it hidden thus avoiding capture.

Legend tells that if you are lucky enough to find a leprechaun, you must be careful not to let the little green guy out of your sight until he tells you where the pot of gold is hidden. However, because leprechauns are known to be cunning and quick - in the blink of an eye, he is gone.  The trick is to catch him in order to find the hidden treasure.

In Ireland the St. Patrick’s Festival will be celebrated for four days from March 17th thru the 20th. There will be street theatre, music, comedy, outdoor spectaculars, dance, visual art, and tasty foods. Needless to say, celebrating its 16th anniversary in 2011, St. Patrick’s Festival will bring the nation alive, and promises four lively days and nights of free celebrations and encompasses a feeling of what it means to be or just feel Irish.

Festivities will be held in Dublin and Limerick for the biggest and best celebration of St. Patrick’s Day in the world. My research revealed that people literally travel to Ireland to celebrate their Irish heritage and participate within the parade festivities. Be sure to check out the links to the events in Ireland to your right.

Ireland is another beautiful country overseas that has lots of activities, symbols, and traditions to offer to its visitors. And yes it goes on my list of places to travel and participate within the cultural activities. I must admit it was hard to differentiate between what the favorite traditions of St. Patrick's Day that were performed by the Irish only. It seems that this holiday is celebrated by everyone from Omiya, Japan to Havana, Cuba, as well as from Canada to Munich, Germany and worldwide. So as with my other hubs I welcome you to share your comments and your insight into this global holiday.

More hubs of traditions and celebration...