Once upon a time the Celts who lived over 2,000 years ago in a place we know as Ireland celebrated their new year on November 1st. This the ancient custom all about Halloween History.

The long dark winter night often bitterly cold also bought with it ,illness and death. Of course people died other times of the year too ,but the Celts were a curious and suspicious people and sensitive to the link between the living and the dead.
The ghosts of the dead were to be acknowledged and embraced for if not, the Celts believed they could be become annoyed and angry, often playing havoc with crops or individuals.Unexplained illness and death was often blamed on these 'troublesome spirits'
So they celebrated Samhain on October 31st ,the end of summer and farming crops hoping to please the spirits during the cold dark winter months.

Druids and Celtics also relied on these worldly spirits to pass on wisdom and prophecies about the future, later to become entrenched as Halloween history.

To honour these 'spirits' and evoke blessing from them, Druids built huge bonfires offering sacrifices of crops and animals to dieties believed to be ruling over certain counties.
They wore costumes at these Samhain celebrations and fables and fortunes were told and passed on. 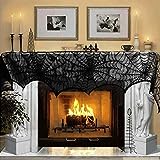 About Halloween History and How It Came to America.

The traditions and ancient customs of Halloween stayed within families so ,when those families moved ,they carried within them those same superstitions and traditions. As people began to migrate ,they also bought with them stories and myths all about Halloween History.

Initially Protestants opposed the pagan practices associated with Halloween and its customs were frowned upon in New England .The increase and spread of European immigrants also meant the Halloween History and rituals would be rivived again in numbers as more and more immigrants settled into their new homeland, they felt secure again to practice those Halloween customs again from old.

IHalloween and was catching on even faster in Maryland and the Southern Colonies ,even the American Indians had their own version of Halloween History.. These celebrations often took the same theme on the same as the Samhain from ancient days , dressing up in costumes resembling the dead or scary ghostlike spirits ,eating and telling imagined or real unexplained happenings!!!

The Unexplained Of Course Attributed To Unknown Menacing Ghostly Spirits!

As the millions of new immigrants flooded into New America , the Irish being significantly affected by the potato famine in 1846 migrated and really helped popularise Halloween Customs all over the states. Once again Halloween History was popular and people were curious about Halloween ancient customs and of course the traditonal harvest celebrations.

By the 1920-1930's in America was on its way to becoming a well known tradition and dressing up and fantasy still co-inciding with Fall ,which was once harvest time for many families of ancient times.

Today , thousands of years later it has become very commercial and it is estimated that Americans now spend $6.9 billion on this ancient custom about Halloween history from a land called Sanheim far from its shores.